When we think of transport in the Vietnam war we think helicopters. However you can't actually get a lot of stuff in a helicopter. Most of the supplies were moved in trucks. Huge great 300 truck convoys. 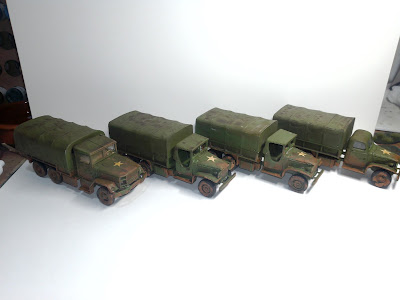 In wargaming terms this is 300 trucks. They are Solido die cast a plastic trucks of various types but will all pass as 5 ton trucks. They obviously are US trucks as they are green and have a star. 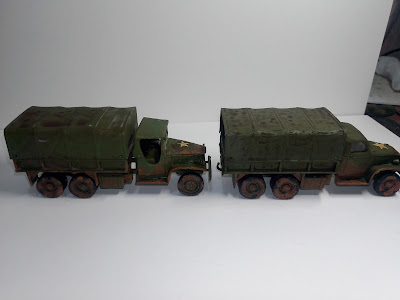 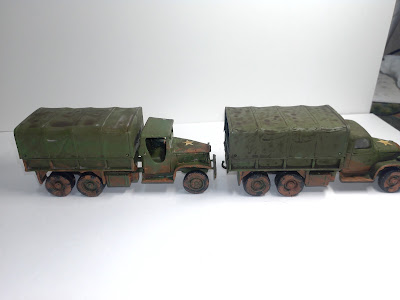 The convoys were prone to being ambushed on the road and so the Americans developed ad hoc support vehicles called gun trucks. 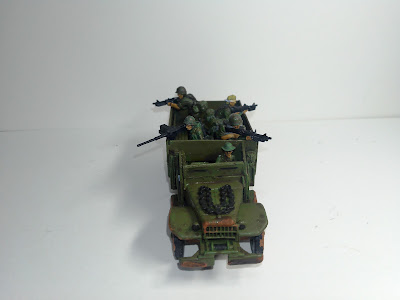 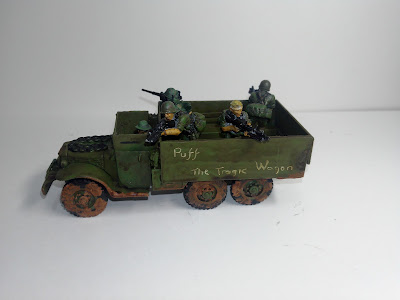 This is Puff the Tragic Wagon (real name of a gun truck that looked a bit like this). It has a .50 cal and 3 M60s from Gringo40s. I love the Gingos figures but they are well fed. The .50 cal gunner is a converted Empress figure. I love Empress figures, almost all my collection is Empress but they are slight compared to Gringos farm boys. Dave's collection is almost entirely Gringos. Between us we have 2 marine platoons, an armoured platoon and a comedy amount of support. 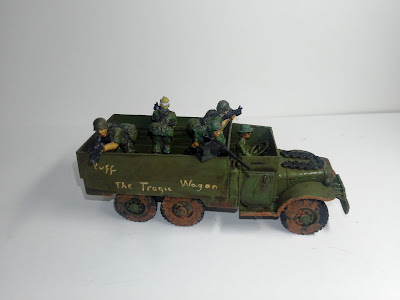 THe mud is a blend of filler, Foundry red shade and Vallehjo Flat earth. It was a bit matt so I gave it an ochre wash.
They probably won't get a run out at Partizan but if you are coming along pop over and say hello, if only to look at the massive chopper