The late arrival of skeletons

At end of January I ordered some posable 25mm skeletons from ebob miniatures. They arrived Wednesday, too late for the challenge I like ebob's stuff and I don't ind waiting but in the age of easy electronic communication I would like to at least receive an order confirmation.
Any way the figs look like this 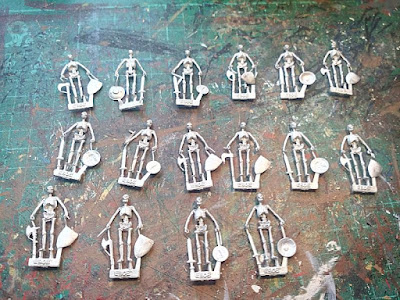 They are small and slender and my sausage fingers broke the 1st arm. However more care on my behalf and some superglue enable me to turn them into these 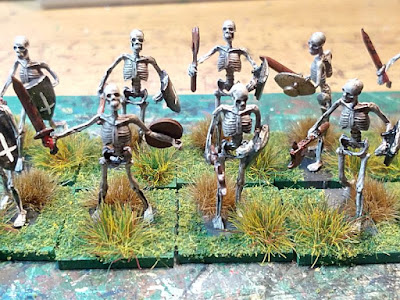 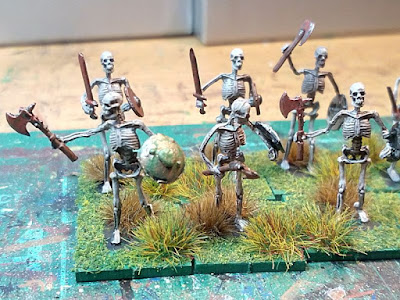 The figures were undercoated in Halfords grey car primer, given a heavy dry brushing with off white and then washed in peat brown ink. The weapons and shields were given a rusty look with either green for the bronze or Foundry scarlet shade for the iron.
I left the ground directly under the figs black and added a brown tuft to give the impression that they are spreading death as then move.
I'm pretty pleased with these.
I've been fighting a VBCW for a couple of days but my small table isn't really big enough for battles with rifles so it's entirely down to terrain and a little static. Does look pretty though, Its Anglican league vs a German naval landing party 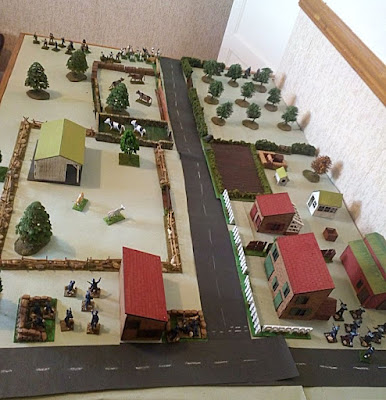 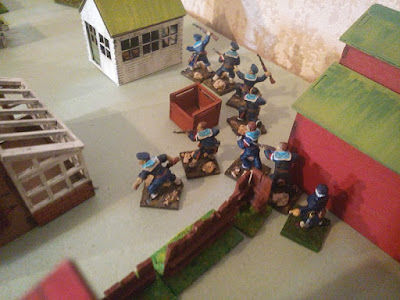 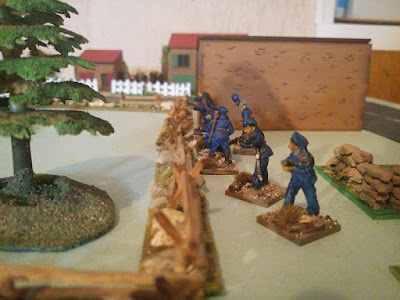 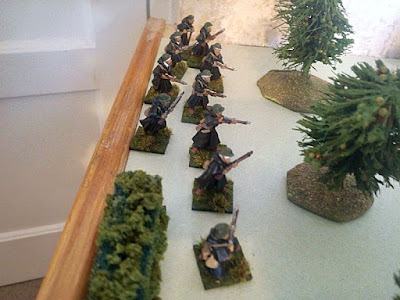