So I've been thinking about fighting about big battles for the Africa campaign but I don't have a good set of rules I did the small skirmishes using IHMN and I like the rules and the whole feel of the battles
I thought I should try them out as rules for a major battle. If I treat the units as single figures with multiple wounds and multiple attacks and add the characters as officers then it was a bit like going from Dragon to Lion Rampant.
I made some basic tweaks to the rules

1. Units move as a single body
2. Characters shoot or fire first
3. Characters can not be fired at if attached to unit
4. Roll one D10 for each figure firing fighting
6. Knocked down results count as casualties
7. After the shooting phase or fighting phase if a side has received casualties then it makes a group pluck test against the leader's pluck with -1 per casualty received this turn. If failed then unit routs. If equals pluck then unit halts (or disengages 3" if fighting) Any unit then fails a group pluck test then at the start of the next turn. If passed then continues as normal, if failed then continue to rout or rout if halted.
8. The first phase of fighting is 1 to 1. If it continues to 2nd phase then sides can increase frontage by 50% If  continues further then smaller unit can start to lap around the edges of the smaller unit with the normal associated penalties.

Gave them a try out  with Brits vs Zulus. The Brits were bayonet drill trained and the Zulus were +1 speed. Brits were 19 points each plus 2 officers. Zulus were 10 points each, so basically outnumbered Brits 2:1. That didn't feel right so I doubled the number of Zulus 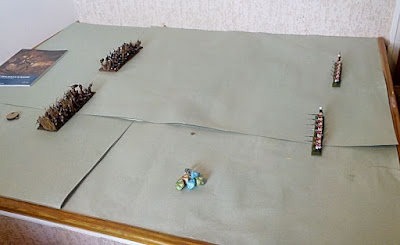 Zulus advance at run and start to take shooting casualties, but only a few 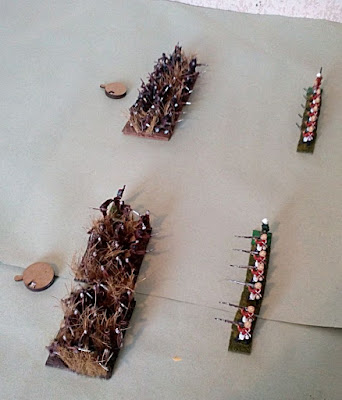 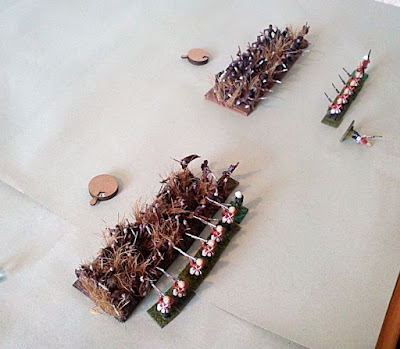 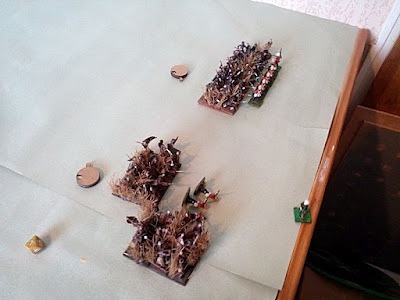 Nearest Brits are destroyed and officer legs it 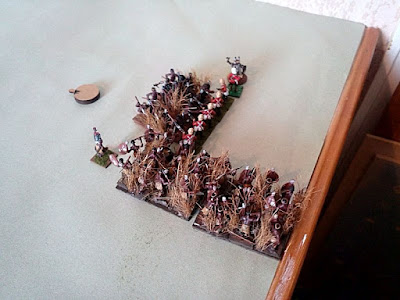 Top battle has cost the Zulus 50% casualties but the other impi has lapped round and will finish the Brits off.

It sort of worked but the numbers don't feel right. Cover would help the natives and barricades would help the Brits.  More work to be done though. Suggestions welcome.
On a sadder note Prince died tonight. No song though - he didn't do streaming