Michael Awdry is a Beautiful Human Being

During the recent VI Analogue Hobbies Painting Challenge I had a side challenge with Michael Awdry of 28mm Victorian Warfare fame to paint the most number of Zulus. I was speed painting my fairly rubbish miniatures and Michael was painting his to is usual high standard, so I set up a 4:1 handicap to make it a fair challenge. I won, although it was fairly close. The prize to the winner was a Zulu Induna and Michael's figure arrived in the post this morning. Its a beautiful piece of work and I think  the first figure I have that has been painted by someone else. 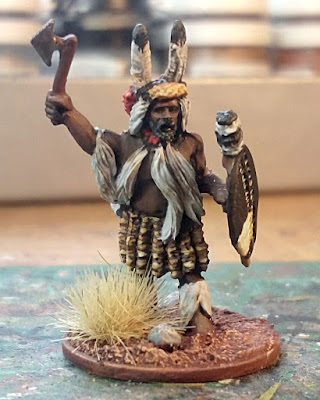 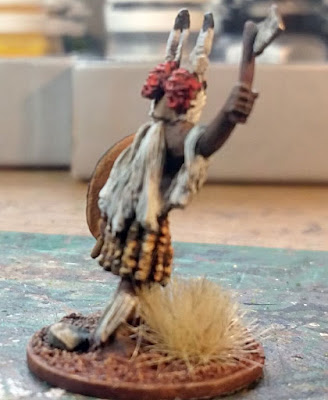 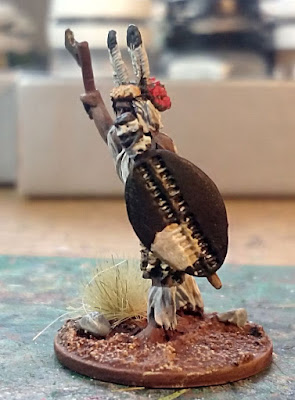 He will look great leading my Impis into battle.
For those of you who have not seen my Zulus I'm pretty pleased with them. I bought the figs of ebay and they are a pretty poor lot, either with boring poses or poorly cast. I based them in groups of 12 and used coia to represent  elephant grass. The figures were painted simply with basic shading and I put the effort into the shields, these are most of the figs with a few other singly based figs

This is the only appropriate song https://www.youtube.com/watch?v=EtqXuK2Ga3s