The walled Beja village of Abu Qurqas slept and the 2 bored sentries new that soon the sun would be up and they could get warm.
Suddenly 3 figures in red robes rushed out of the night and attacked them, 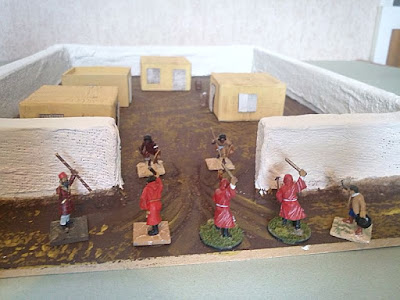 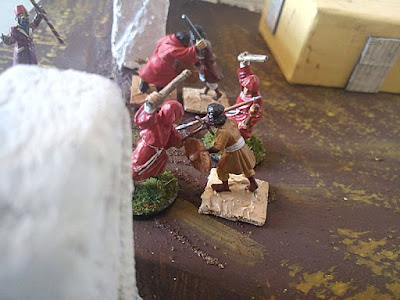 Azeez and Kareem were not on guard by accident and they fought bravely holding off the sinister attackers. "ALARM! ALARM" 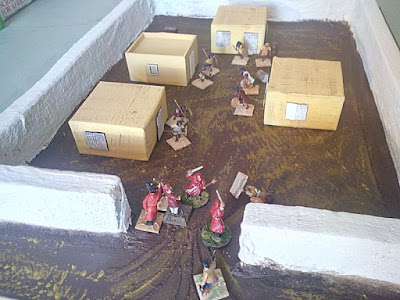 As Kareem went down under the flurry of attacks the villagers and their chief Mohammed rushed from their beds to repel the attackers. "They must not get the treasure. Kill them all!" 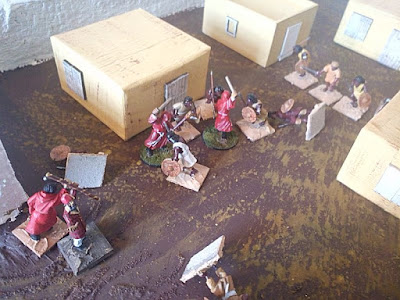 Azeez fought bravely holding up the attack but 2 of the invaders charged forward. From the gate a pistol shot rang out and another of the villagers fell.
The Beja rallied and charged the 1st two invaders and knocked one down but the other one was skilled and they couldn't overpower him 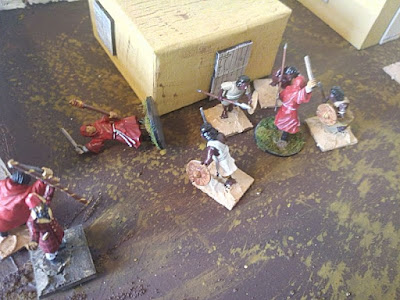 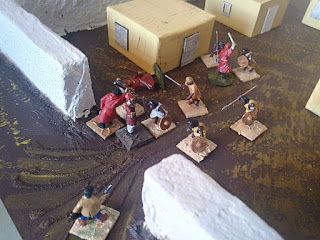 However as Mohammed passed the fallen invader he sprung up and smashed him in the head, killing him instantly 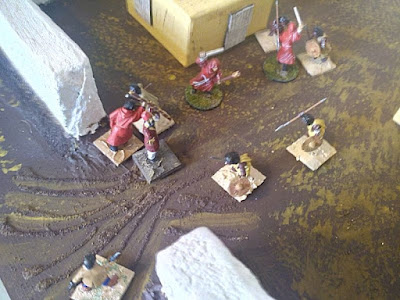 This enraged the Beja and they fought ever more furiously to avenge their fallen leader. They took out the slayer of their leader and then the leader of the infidel thieves fell to the ground, 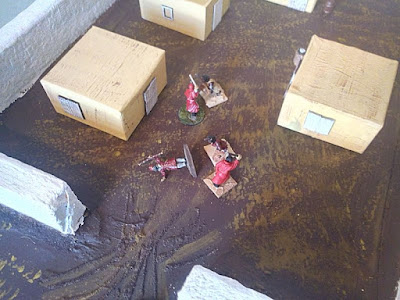 But they couldn't over power the thieves and as the last two Beja fell they knew that a dark force was going to be awakened. They had failed but there were others to guard the secret. 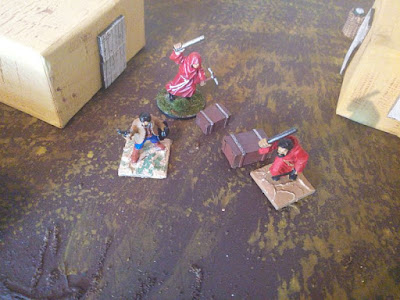 Carter passed the smelling salts under the nose of Lord Caernarvon whilst Thomas and Henry helped the dazed Douglas back to his feet. "My Lord. are you well? The Brotherhood can not afford to lose you. We have the first piece of the puzzle". "Burn the village Carter, nobody must know we were here. Quickly now, there is much to do."

This battle was fought using IHMN rules and the Brotherhood will be back.