Like the Trolls, even if they are a little passive. They look like the worlds worst boy band, well not the worst but the ugliest, well not the ugliest but you get the picture.
The parcel was from Dixon's and contained their Dahomey collection (56 figs for £60). They are French colonial troops, and opponents, including female head hunters.
I have the starting of a plan for a Colonial campaign involving Brits, Germans and French fighting over an Imagination Africa using IHMN or Heart of Africa and another set of rules for major battles (once I've found a good one - suggestions welcome. )
The figs are great 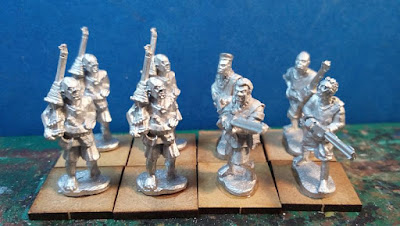 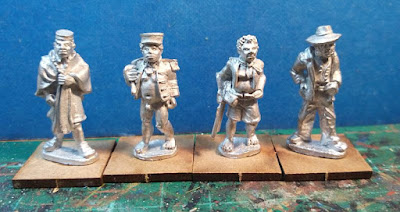 Africa personalities including a guy dressed only in an officers jacket and kepi. Looks like the doorman in a nudist colony 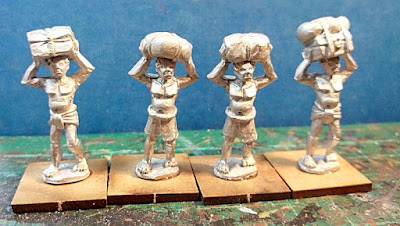 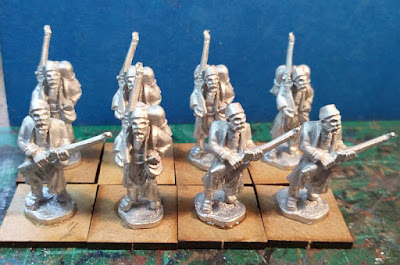 I used heads and arms + guns from the Perry Ansar box, will add sleeves later. The officer is a Prussian 19th century officer with a Wolsley type hat and some of the buttons removed.
Generally a good day and nothing to do all weekend but potter about - genius