Austrian Hussars and an Armoured Car

I think this will be the trend for the next few months. I have loads of 10mm Austrians to paint and other random stuff to paint as the mood takes me. So as I sit and watch the Rugby World Cup I will paint and type

So the Austrians 1st. Hussars are mad, the uniforms can be almost dayglo and very pretty in a psychedelic way, think Donovan on a horse

The Austrian Army I'm building is the one from the Battle of Lobositz, 1st big battle of the 7 years war and there were 2 Hussar regiments in the vanguard. Hadik Hussars on left and Banayaya Hussars on the right 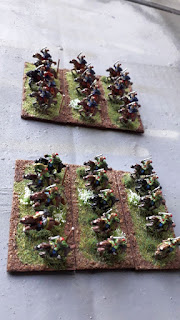 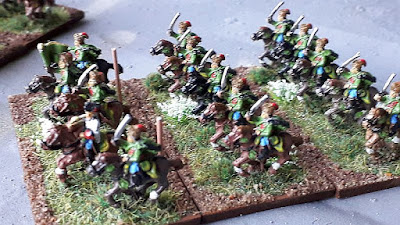 Banayaya Hussars - Lime green, red and light blue. FFS just get the LSD off them, I have a battle to fight and I need them to hide in a paint factory 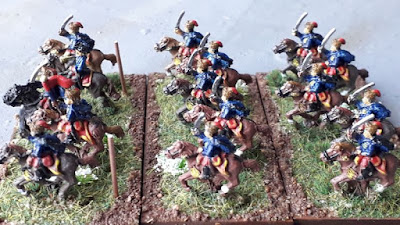 Hadik Hussars, much more natty in blue and red

To calm down I'm building a and early French WW2 army in 28mm. already have a couple of FT17 tanks and to complete the armour this is a Warlord Panhard AC. Nice model and I even put decals on it 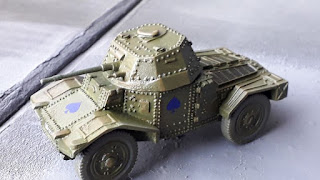 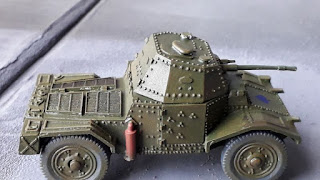 Right laundry, prepping for Monday's start of term and rugby to watch. Gonna be a steady weekend