Today me, James, Dave and Ian fought a D-Day+1 SS counterattack against a dug in but understrength Canadian infantry company. Whilst not a truely istorical battle, James as always based it as close to an action as possible. I was in overall command 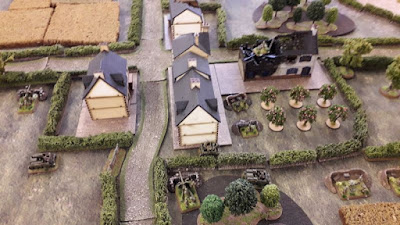 I had the crossroads, 1 platoon in the buildings, 2x3inch mortars and 2x6lb AT 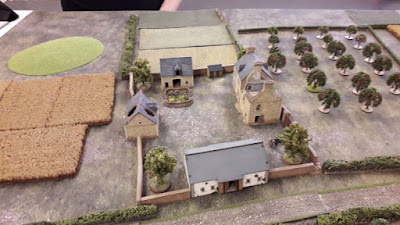 Dave had the left, another inf platoon and couple of Vickers, Ian and I have 1 each The germans arrive - platton of infantry in Hanomags approaches Dave 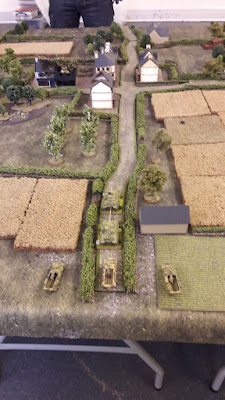 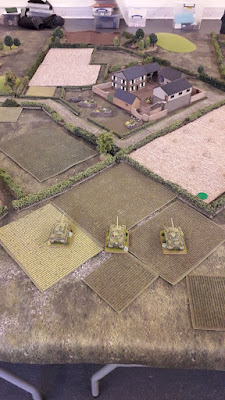 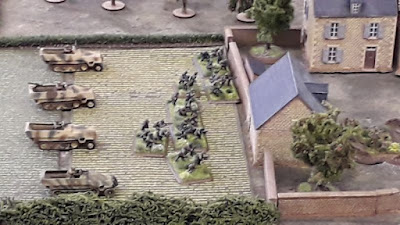 The germans debus and assaults Dave. It is a close run thing 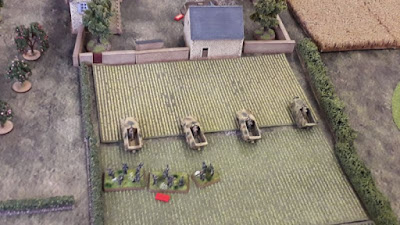 But Dave kills them and the bug out 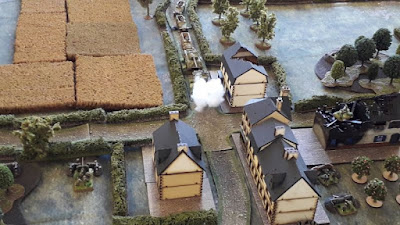 The germans inthe centre advance enter the edge of the cross roads. I drop smoke 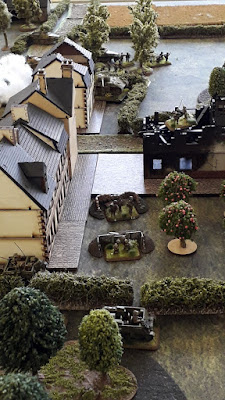 One of the Panthers advances and I open fire with a 6lb in it's flank. Miss and it kills by 6lb. This is going very well 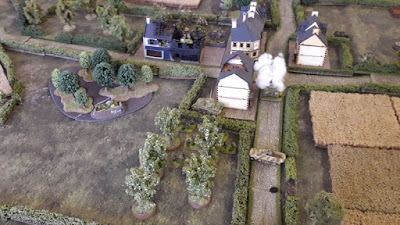 The german infantry swings to our right and debuses. We have artillery. Our 105s are stuck on the beach but we have contact with HMS Belfast and it's 6" guns. Well we would have if we could get our radio to work. Luckily we do and I clobber the germans in the woods 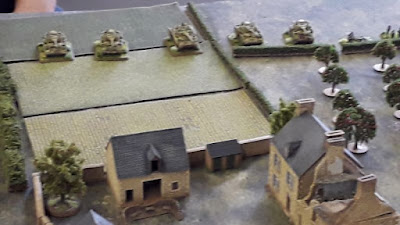 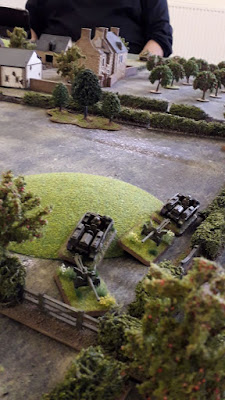 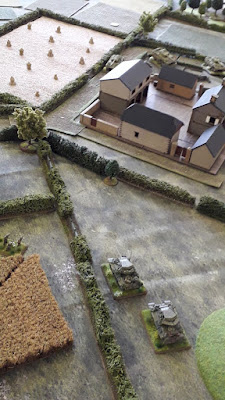 and 2 M10s, now these can kill Panthers but as they are made of chipboard they need to shoot 1st 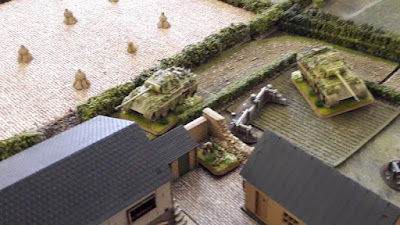 The germans have advance towards Ian and his PIAT pops out, opens fire and does sod all 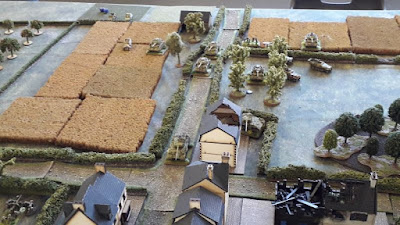 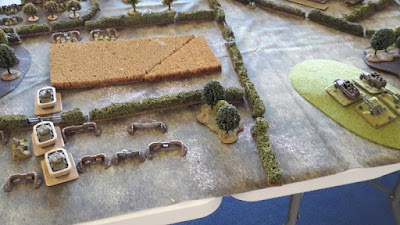 More reinforcements - some shermans and 2x17lb AT - now we are talking 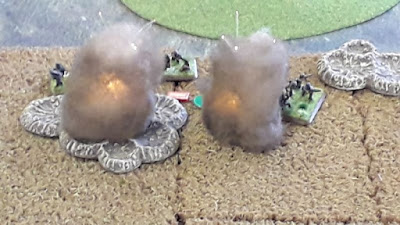 James' infantry keeps trying to advance but this happens a lot 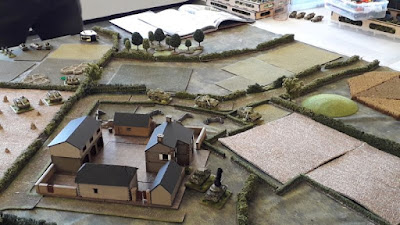 James' Panthers advance and take out one of M10s 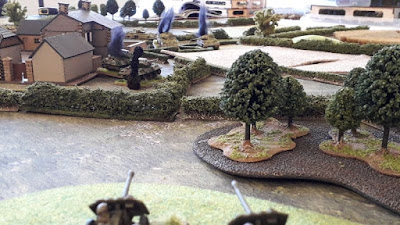 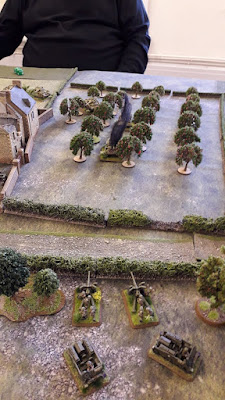 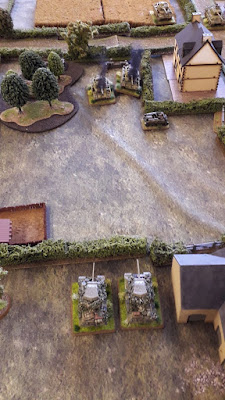 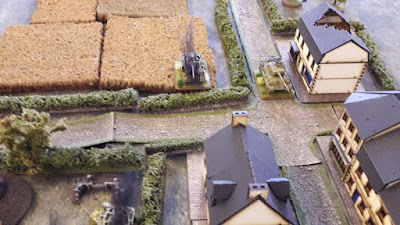 Even a PIAT hidden in the village pops up and takes out a PzIV
That we it, James had no on map infantry and only a handfullof tanks left. 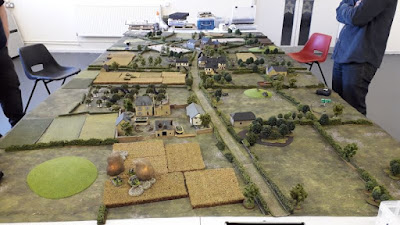 We still held all the objectives and had only lost 25% of our infantry and a couple of tanks.

It was a fantastic game, James runs these really well and they are great fun. it was a tricky battle and could have easily gone tits up.