It's been a while since I posted. Normally that means my mojo is away but not in this case. In the month since I last posted I have painted an entire 28mm Bolt Action 1940 French Army. I know you all say "WHY". You have an entire 6 year war to play and you pick a month in 1940 and you have painted an army that got totally pummelled.
Well the French Army was actually quite good, good equipment, excellent armour and interesting units to paint. The problem was that they were designed to win the previous war. The tanks were slow and the tactics were defensive and static. They were totally unprepared for Blitzkreig, everybody was totally unprepared for Blitzkreig,
Also Matt has a large early war German army so I have somebody to fight. So hold tight there are a lot of them

The whole army, 2 and a bit platoons of infantry, 7 tanks and armoured cars plus enough support

1st up couple of Hotchkiss MMGs, been trying for ages to find a use for the piece of concrete 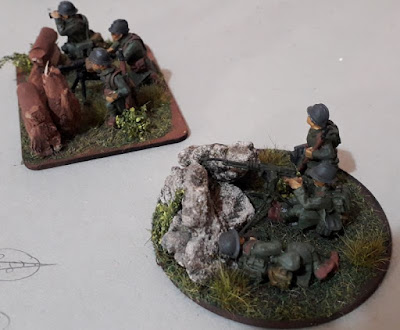 Next up 2 medium mortars. The regular one is Warlord but the Senegalese one is a conversion from a VBCW one. The mortar is hand made and the figures are Border Reiver British with head conversions, Crusader figures come with spare heads, which is nice. 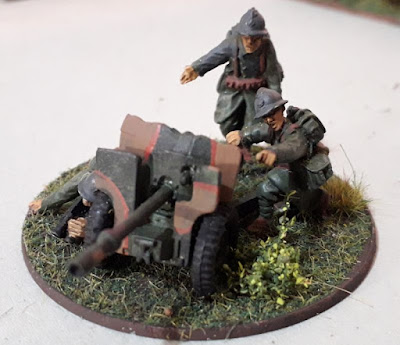 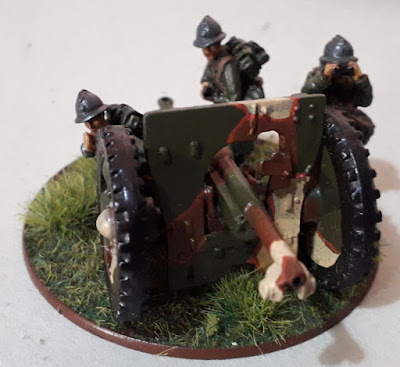 Warlord 75mm artillery piece. Varnish still curing so a little shiny but I am very impatient 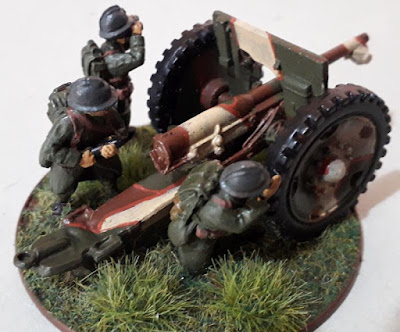 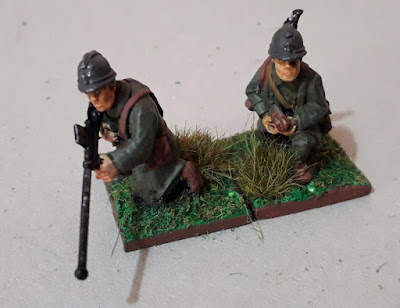 Boyes AT rifle. These used to be firemen in VBCW and I just painted the uniform the correct colours 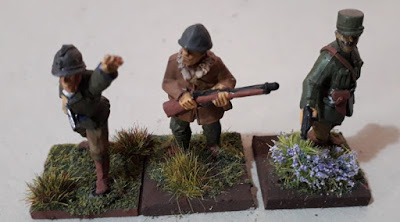 French infantry sections are 12 men strong with an LMG and a grenade launcher rifle that acts as a light mortar or a rifle. Figures are mainly Warlord with a few Crusader minis. SMGs were incredibly rare in the French infantry and there is only 1 in the whole army

4 Senegalese sections. These are the reason I started the whole project. I really like colonial troops and these were a Crusader bargain.

Next up the armour 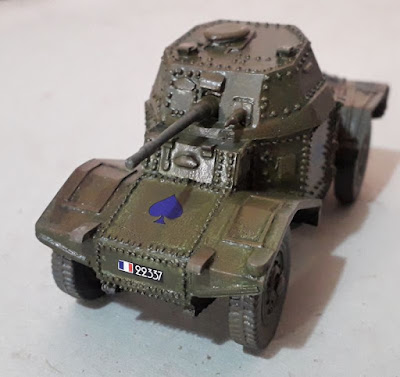 Panhard 178 with light AT gun and MMG - Warlord 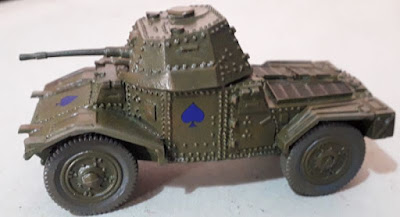 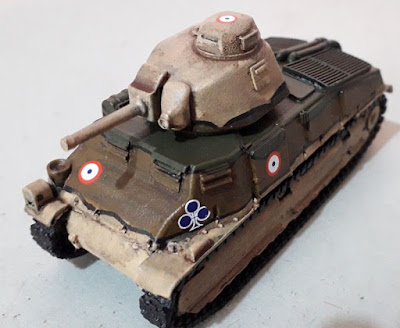 Somua S35 tank with 47mm AT and MMG - Blitzkreig 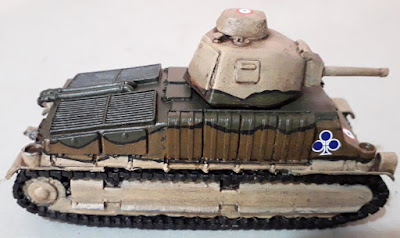 2 relic FT17 tanks. Whilst the French had 400 of these they knew they were colostomy and they only fought right at the very end. They are only armed with MMG and have been repurposed from the VBCW collection. Think  rubbish, slow moving AC 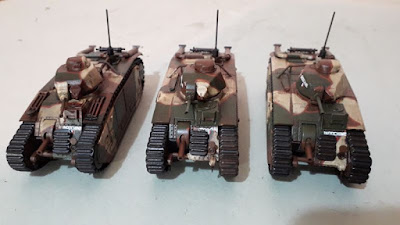 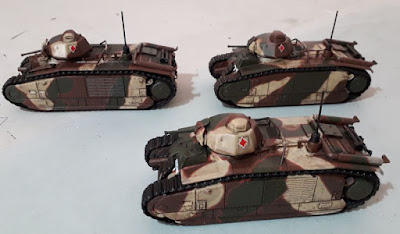 These are both great and rubbish. Slow, very well armoured with 47mm AT and 75mm howitzer, Think cross between a Matilda and a Lee

Overall it's an interesting army and will fight differently to my other forces. Off to play Matt at ther Battle of Hereford on Sunday, was supposed to be Saturday but England are still over in Japan and have to play some colonial types on Saturday.