The Battle for Iola's hand, and possibly the nicer bits as well

This is what it is all about 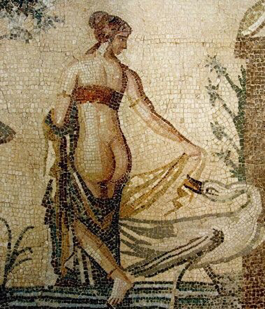 Queen Iola about to be "swanned"
After the attempted ambush by by King Pelopidas on his gifts to Iola King Fartous marched his army to crush the measly forces of King Pelopidas. Fartous was determined to prove Pelopidas as eunoch or make him  one.  Prince Tutak met a small skirmishing force on the banks of the river. 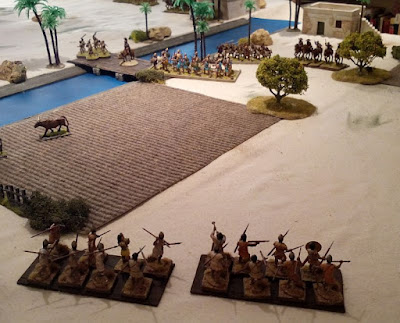 Unfortunately Tutak was unable to win this skirmish and it gave control to  on of the 3 objectives to Pelopidas. 2 units of skirmishers were left to harry the Greeks and Tutak left to join the army. 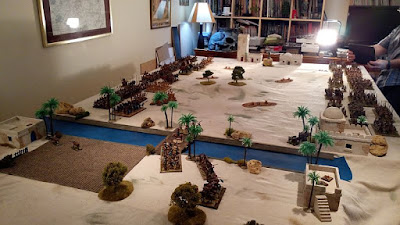 And what armies they were. Both sides had arrived with their full panolpy 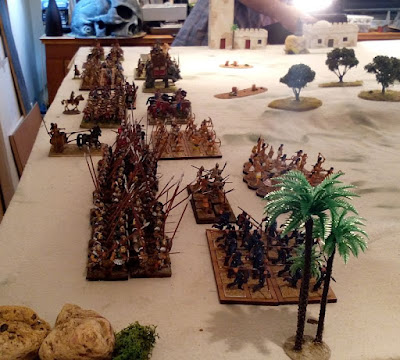 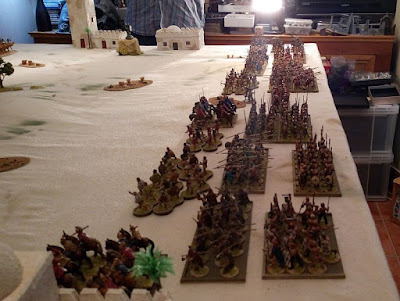 The army of Pelopidas was mainly spearmen with some good cavalry 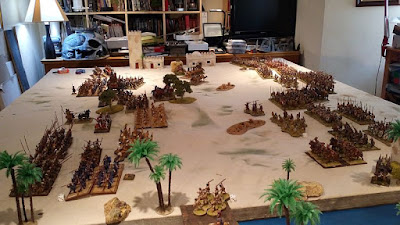 Both sides advance to control the town at the top and the olive covered tree in the centre. Fartous sent out a skirmishing screen whereas Pelopidas just marched forward 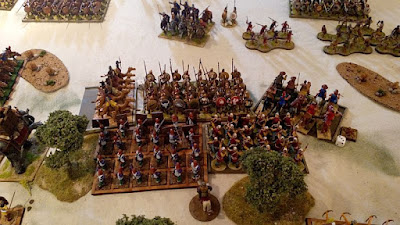 The 1st clash was on the hill with a unit of greek spearmen attacking the Immortals on the hill. The immortals withstood the 1st attack and them followed up with a light camel unit launching a flank attack 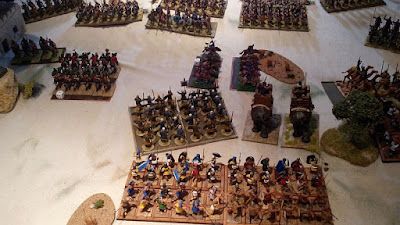 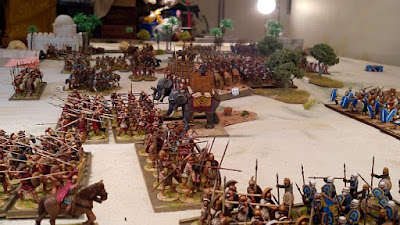 The elephants charge home and rock the spearmen 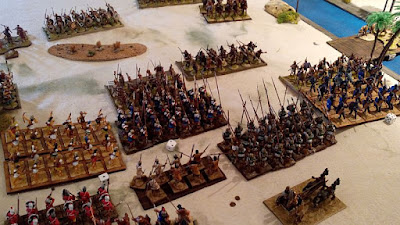 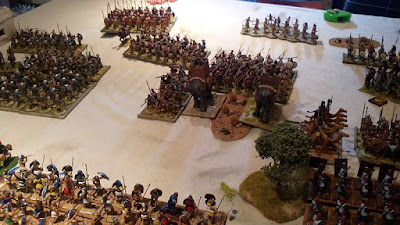 Fighting is still going on on the hill and the elephants are being engulfed, but the legion of spearmen in just behind. The legion charges home and catches one of the units attacking the elephants in  the flank. In Kings of war if you charge somebody in the flank you get double the number of attacks. A legion gets 30 attacks so in the flank it gets this many attacks 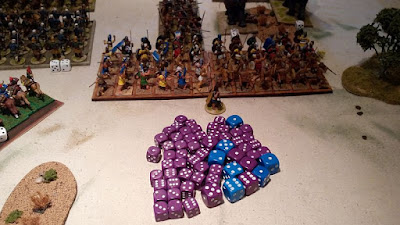 I could only just hold all the dice.. 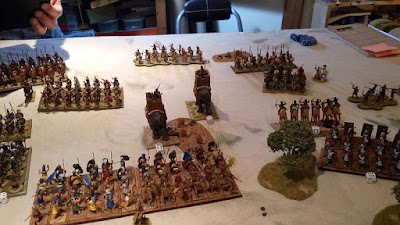 The result is a massive hole in the greek right. However one of the elephants had run amok and it spoiled the opportunity 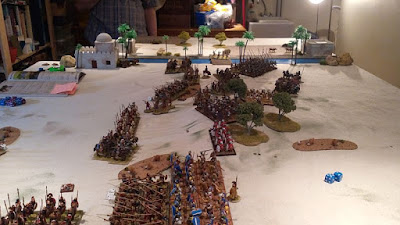 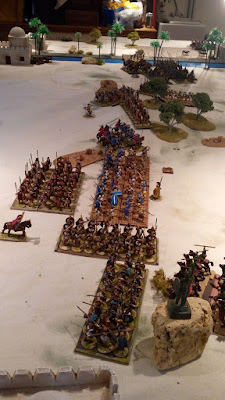 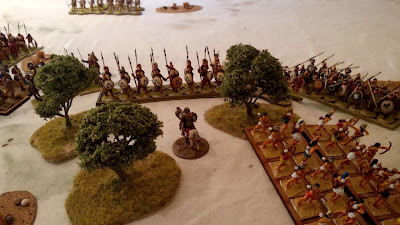 However the Immortals eventually run and leave Fartous alone on the hill. Everywhere else the line of his great army is breaking 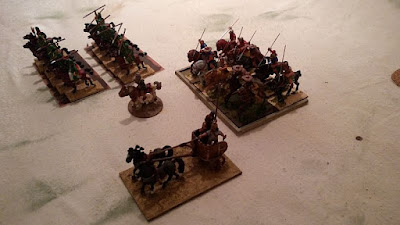 Fartous and Tutak flee with his cavalry.

This was a fantastic battle that was won and lost about 4 times. The Kings of war rules are brilliant, very very playable and melees are full of ebbs and flows, just as I like them. As always Matt put on a great table and some nice soup. One of the best battles ever. Fartous will be back

Email ThisBlogThis!Share to TwitterShare to FacebookShare to Pinterest
Labels: dungeon, kings of war