End of an undergraduate year is properly mental, so I've been very busy. I've done very little since the Utah beach battle. The VBCW battle didn't happen, too many clashing diaries but James and I did play a really great couple of games of Necromunder to test out the rules. I have a Palantine type set of figures, rules for them not out yet, so they doubled as Esher. I won the 1st battle and then we swapped the board round and James won the second. We will play this again. No photos though, no charge in phone.
Other news, last Christmas I painted my aged parents (don't tell them that) a couple of figures. My dad always said he was in the Bengal Lancers when we were little - don't think he's ever been on a horse. So he got a Bengal lancer. My mum is a fan of greek mythology so she got Talos. She has now asked for more of these for next Christmas so i've taken advantage of a Foundry sale and bought Gorgons, Cyclopses, Hydra, Cerberus and a Chimera. They will keep me busy and the Chimera looks impossible to paint.
You can tell it's been a while since my last post, I'm rambling on.
I have started a 10mm 7YW project and have finished the Brunswick army, typically they fought on the wrong front as the plan is for Austrians vs Prussians. Still what can you do. So I've started the Austrians. I'm building all the units for the Battle of Lobositz to give me a good force. This was the 1st major battle of the war (about 35K men for the Austrians and 28K for the Prussians). These will mainly be Pendraken but i picked up loads of Austrians at Partizan and have finished some of them 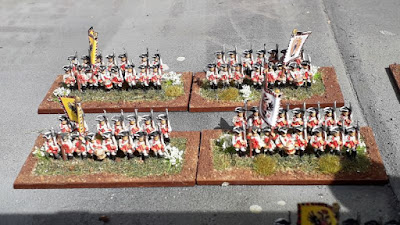 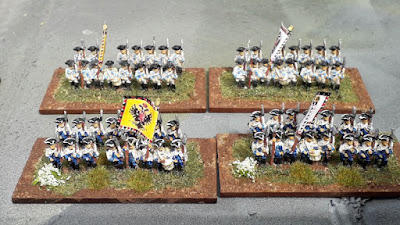 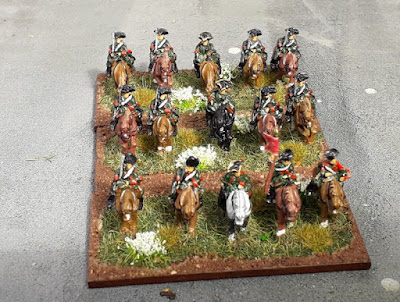 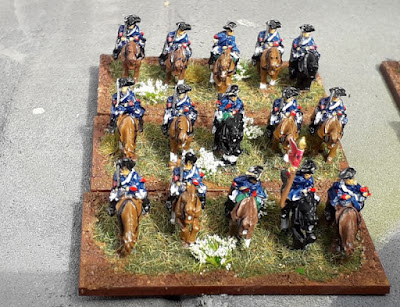 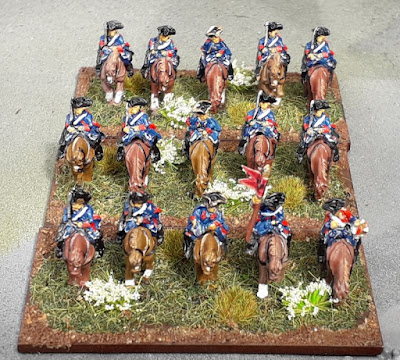 The figures are Old Glory Grand Scale but don't occupy as much physical space as Pendraken so the units look smaller, the cavalry are in 2 pieces, which is annoying as they never fit right, they come in pack sizes that don't match the basing plan and they are more expensive than Pendraken. Other than that they are fine.
I have a couple of Grenzer regiments to paint and then I've bought a load of Pendraken artillery and grenadiers to add to the force which only leaves me 30 packs to buy to finish the army.