As you may have noticed I'm no photographer, I use a phone as I don't own a camera. I have managed to produce adequate photos with some LED lights but it has been packed away so I used my paint table. Why the excuses? Well I've done some quite nice painting and some terrible photography.
The paint table has been awash with 1/2 painted figs since the end of the challenge and I've completed all the VBCW figs.

The rise of the Anglican League in Northumberland means they need some troops. The Coldstream Guards are originally from Norhtumberland (to keep the Scots out). The retired Guard has come out of retirement and taken up the Anglican cause. 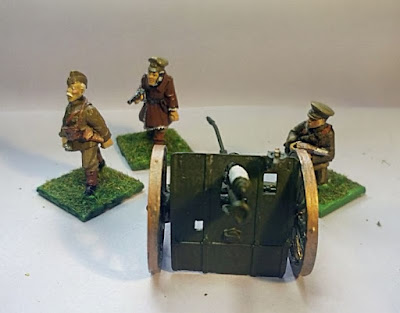 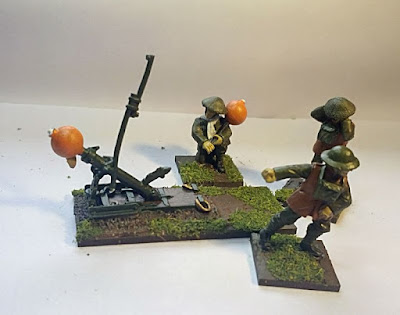 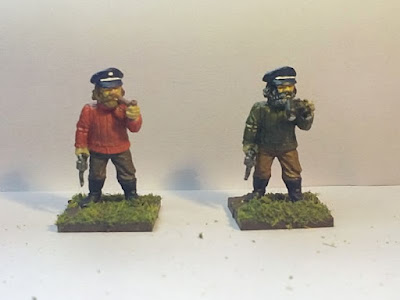 The start of the Seahouses Fisherman's Union 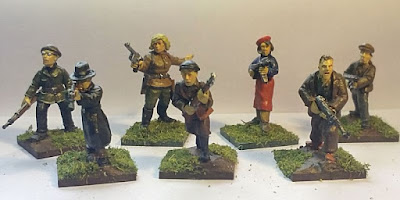 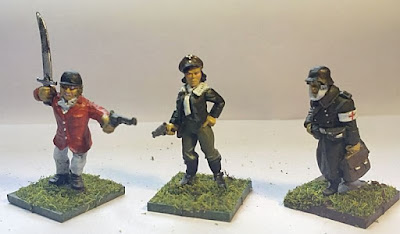 Finally a Fascist huntsman, an Aviatrix and a German Field officer converted to a medic by simpling painting his armband. Basically in my world if you are carrying a bag not a weapon you are a medic.

I've also bought a copy of Bolt Action and it seems pretty good although I bet I end up just adding the best bits to my own rules.