I always leave these events with a sense of "esprit d'escalier". I should have gone for lunch with Curt and Sarah, Tamsin and Dave but thought it would take me longer to get home instead of the 2.5 hours it did, I should have bought that Gatling gun for £4, the 20 ACW infantry for £10. You know the deal, it is the reason why I set myself a budget. I am delighted with the things I did buy and the palm trees from Tree Fellas are really great at 12 for £10 - but they have no website.
All that being said I had a fantastic time and met some really great people. I'd not been to Partizan before and it was a fantastic venue.
Tamsin has already posted some fab pictures and my meagre offerings don't do some of the fantastic battles justice but these are the things that took my eye. Note that I loved all the battles below and my comments are my own opinion and not the view of Warner Bros or any of it's affiliates. 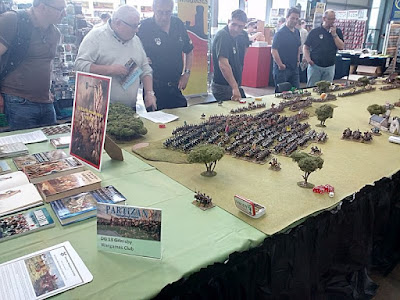 This is the 1st battle I saw on arrival. A massive Malborough battle with ridiculous numbers of cavalry clashing in the foreground. Looked brilliant but I've no idea how you would manage that. 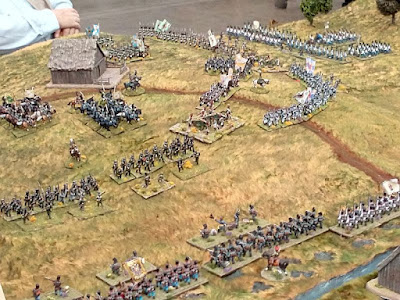 Napoleonic hill battle. I have to say I'm not a fan of of deep pile gaming mats. Like playing on hte skin of a child's favourite toy. 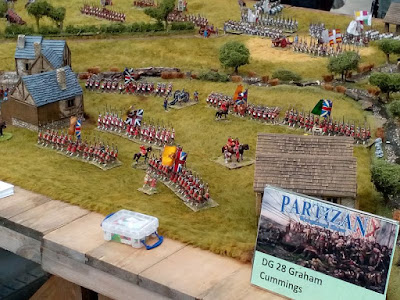 Dunno, SYW or earlier but it looked great and was run by Graham Cummings 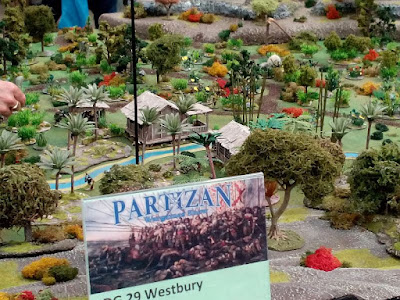 This was a Vietnam game, looked good but I bet is was a pain to play 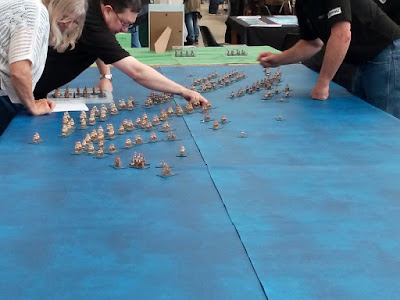 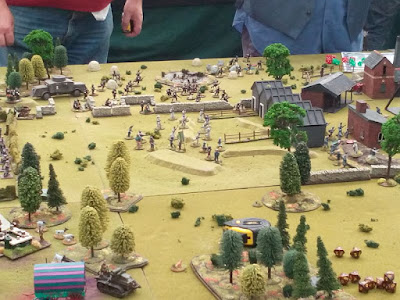 VBCW Forum Battle run by PanzerKaput. It looked really great with some fabulous little vignettes, I especially liked the 2 guys dressed as a pantomime horse on recon duty 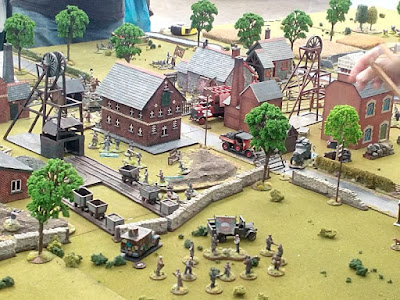 Move of the VBCW battle 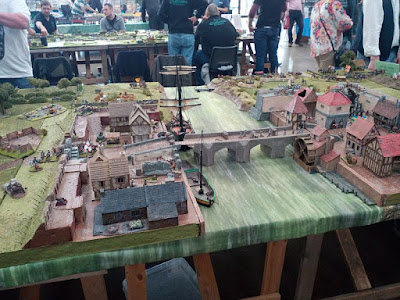 Dunno but it was my favourite table split by a ruined bridge. A great work of art 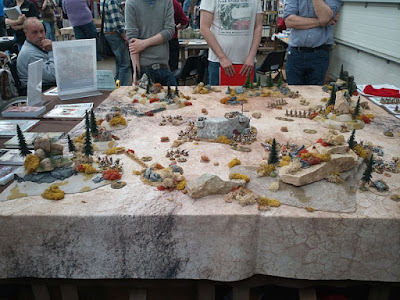 The men who would be kings table. Looked great but comes with "special" dice so will have to see. 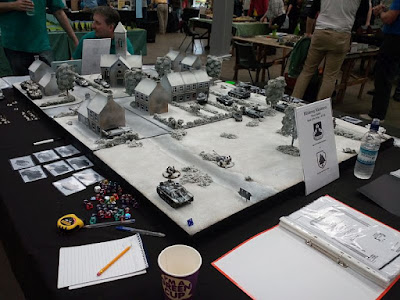 Battle of the Bulge by Blitzkreig - snow actually looked cold 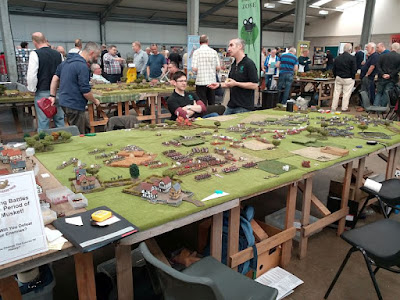 I really should have taken notes 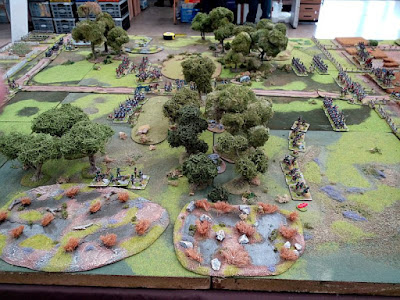 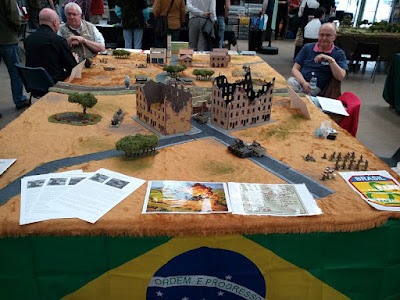 This one I do know. Had a nice chat with the guy playing the Brazilian Division in Italy. He knew loads about their history and had a pamphlet. Oddly we had an entry in the Painting challenge from DavidL but this was somebody else.

As you can see it was a good job Tamsin went.