As you may know I am fighting an occasional campaign about the Scramble for Africa. So far the secret and sinister Brotherhood have stolen an ancient artifact and the Germans have been soundly beaten by the Zulus. The British have their 1st hero, Sudanese Liddon, who emerged from the desert with his Naval mapping party largely intact and a group of newly loyal Arab warriors. 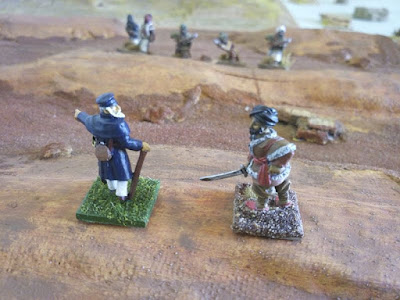 The Colonial Command want Liddon to act as a scout for the army using his mapping skills and his new found fame with the locals. To do this he needed a horse.
I had no suitable mounted naval figures but I did have a dark ages mounted warrior. 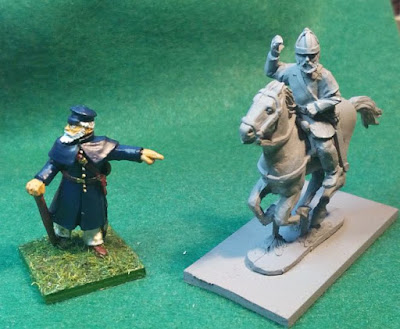 This was going to be a pretty simple conversion, can't do hard ones. 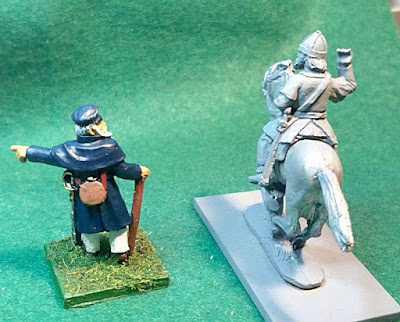 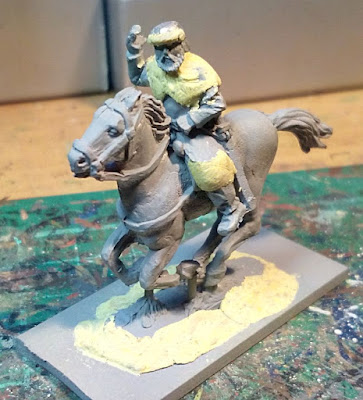 File down the helmet, add a peak and coat using milliput. 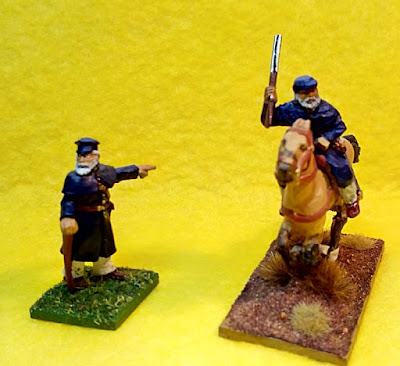 The just paint the horse as a dun bay. I added a double barreled shotgun to give him some range, he is a swordsman so no great shot. 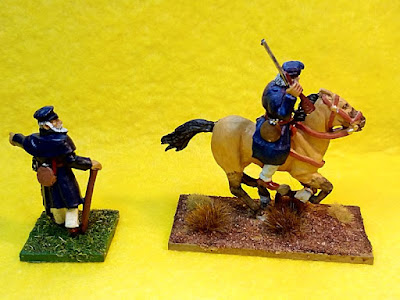 He is now ready to lead his men on long range missions, when they arrive from Westfalia (the figure maker not the German State).

I also found some roof tile prints so I reroofed my VBCW village which has 10 terraced houses, 2, pubs, a butchers and a church. These look much better than before. I also found out that cheap imitation Pritt is rubbish. 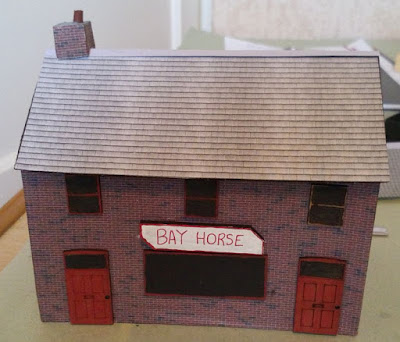 Only 7 sleeps to Partizan at Newark. Panzerkaput is organising a Northern Blogger meet up. Hopefully will see some of you there.