It feels like I've been planning a VBCW battle on Lindesfarne and I finally got round to it this week. Lindesfarne (Holy Island) is an island off the coast of Northumberland linked by a tidal causeway. Historically is is very important as the monastery was the site of the first Viking raid on England in 793. 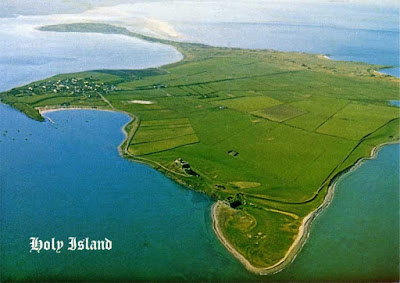 Whilst Lord Percy is trying to gain control of the south of the county the Anglican League has risen up and taken control of Lindesfarne and the nearby village of Belford blocking the Great North Road and cutting the county in half. Percy Doesn't have the resources to launch an attack but luckily his cousin Cecile is off the coast with a force of German sailors. He radios her and the Germans invade. This is a very risky strategy as foreign intervention, especially German, could cause the county to rise up against him.

The Germans launch an amphibious assault supported by artillery from her ship the Valkyrie. 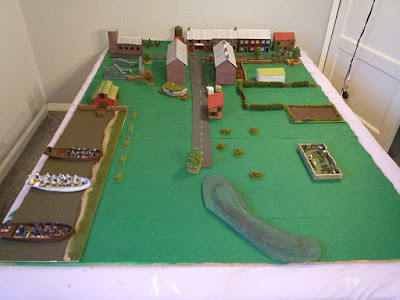 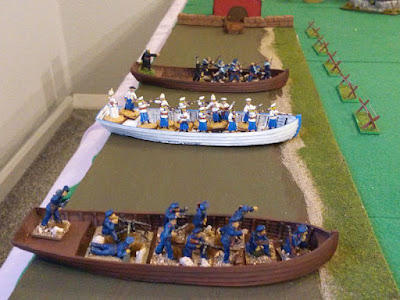 The Germans arrive on the beach 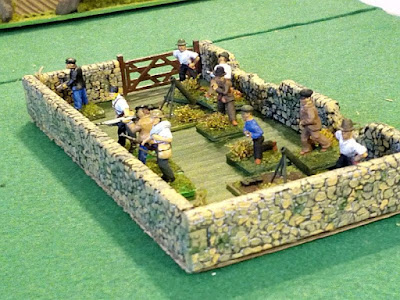 Mortars in a walled garden 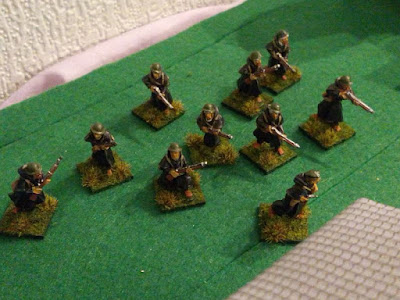 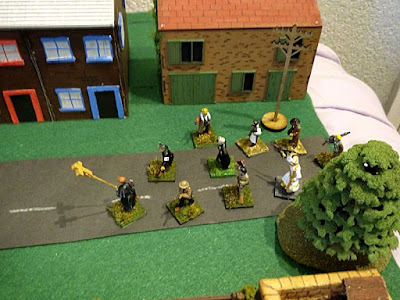 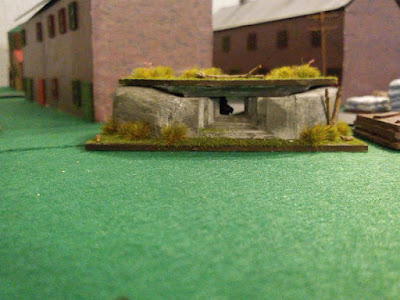 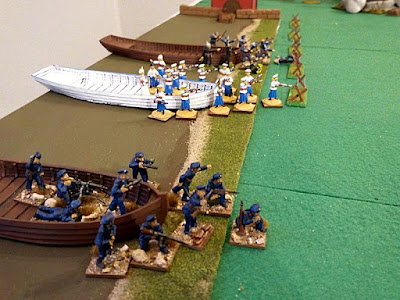 The battle began with the Germans landing on the beach and firing smoke on the MG nest. A direct hit enables the Germans to land with only mortar fire at them 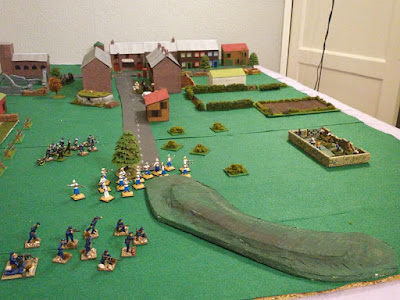 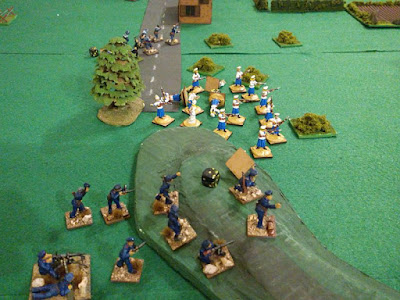 Direct hits from the mortars started to thin out the Germans 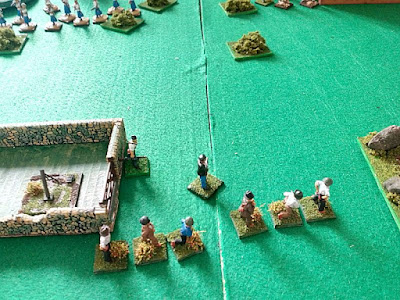 OUT OF AMMO. The Mortar crews flee - I forgot to arm most of them 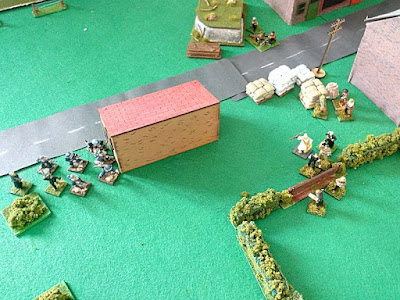 The 1st squad of Germans takes cover as the militia make for the field and the MG moves out of the bunker to enable it to fire on the Germans. 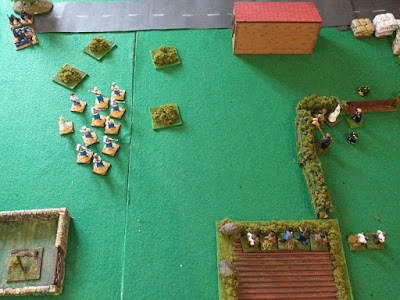 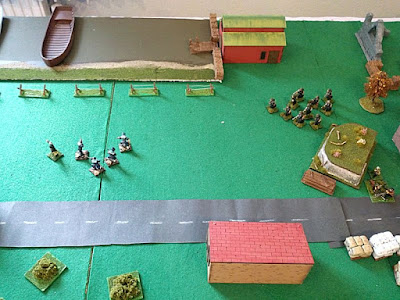 The 1st squad of Germans is routed by a cross fire from the Monks, HMG and the militia 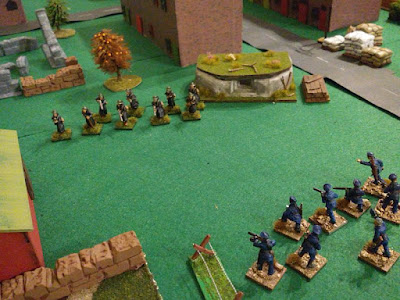 The Militia are destroyed, as is the MG leaving the outgunned Monks alone. They are quickly routed and the Germans win the day.

Percy has rung the bell and the Germans must quickly capture Belford and open the route between the North and South before the Northumbrians realize what is going on.

This was an enjoyable battle, although most of the terrain was superfluous. I added many tweaks to my rules and will post them later.
Partizan on Sunday, never been and quite excited. I've been saving up so I expect to buy lots of shinies. It is the 1st Northern Bloggers meet at 1 at the VBCW forum and the Snow Lord is coming. Will be nice to pay homage.