Following their on victory Lindesfarne the German Naval Landing party regrouped and the 2 surviving squads advanced the 4 miles cross country to Belford to open up the Great North Road. The road block had been set up by the Belford cricket team comprising 1 1/2 squads; the 1st XI and the 12th men. They were having a jolly time camping in the woods, drinking tea and generally behaving like overgrown school boys. 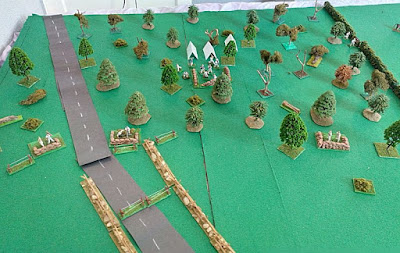 The road block and Belford Wood 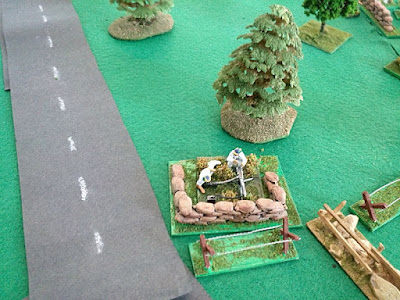 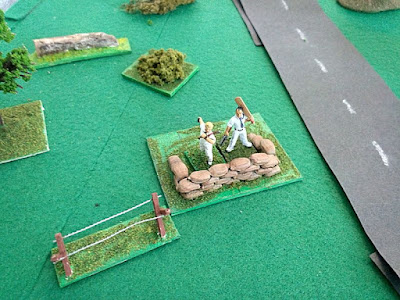 Secret weapon. The Cricket Bat Mortar. Toss 1 grenade to the opening batsman. Hit for 6. Kaboom. Don't roll a 1 or its a miss hit and blows up at your feet. (treat as grenade with 12" range) 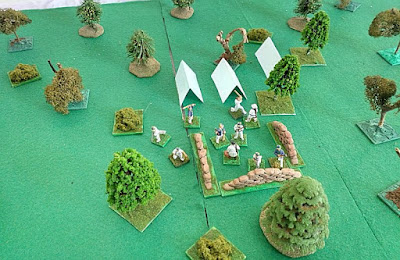 All is set up for an attack along the road with guards along the wood boundary.

Alarm! Alarm! The Germans arrive in the fields to the East catching the cricketers by surprise.

The 12th men are dispatched to investigate whilst the 1st team drink tea for 2 whole turns as they fail their activation. 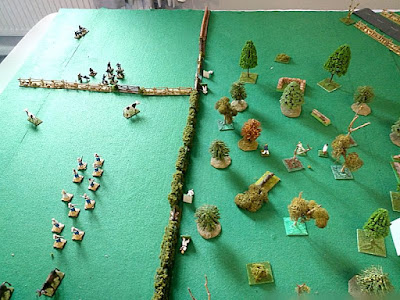 The Germans advance and quickly kill the picket line 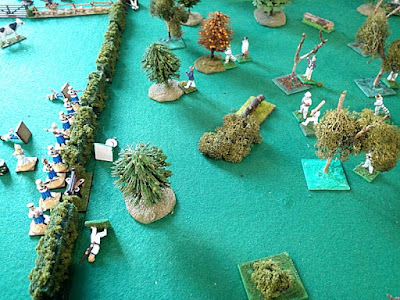 They advance to the hedge line on open fire as the 1st XI finally arrives. The cricket mortar fires and kills the bugler 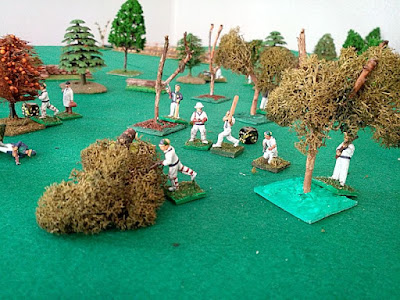 "Smithers  you blithering idiot you missed the grenade. Duck!" The grenade hits the gound at their feet and rolls into a rabbit hole where it explodes spraying them with soil and what could be bits of rabbit as they both make their save. Lucky boys 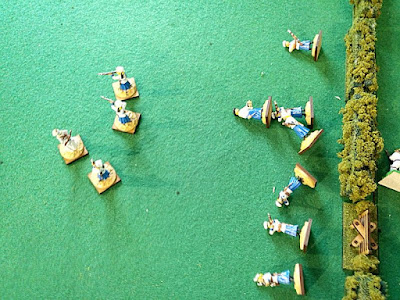 The next turn sees the German squad rout under the weight of fire and another successful hit from the cricket mortar. 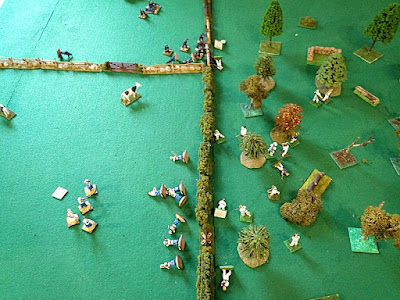 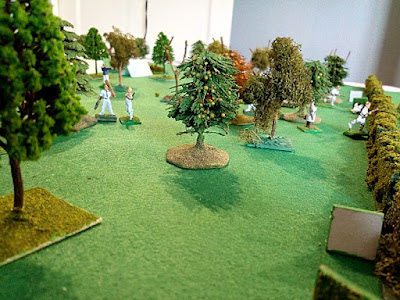 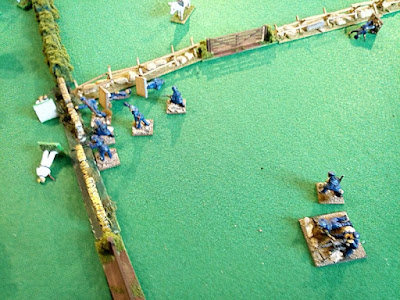 The Germans quit the field, race back to Lindesfarne and their boats. Leaving the island they land at Blyth and report to Lord Percy.
The ANglican League still own the road but that is the least of  his worries. the Germans have roused the County and the Anglican League have risen in the South at Hexham. They are backed by the Old Guard, retired members of the Coldstream Guards who have come out of retirement and cut the A66 East West. He controls most of the county, but now has a new enemy in addition to the troublesome miners in the South East..