My recently arrived Anglican League force for VBCW is based in Hexham. It sprang to life as a result of Lord Percy using the dastardly Hun to invade Lindesfarne. They were sent packing by the valiant Belford cricket team.
The Anglican League is lead by the firebrand preacher John Bradley from his base in Hexham Abbey. The call to arms was heard by the past and present members of the nearby Coldstream Guards,giving a largely regular well equiped force. The Old Guard were comprised of retired members of the Guards, the Middle Guard of current regulars who have deserted the regiment.
They need to expand their area of control and secure resources. To the West is Alston and the lead mines of Nenthead. Will the miners join Bradley's flock or will they resist.
The figures are mainly Artizan, from Lucky Bags, or converted Perry 8th Army 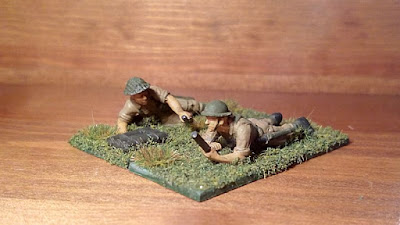 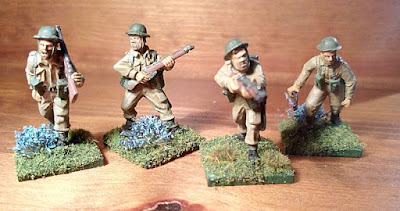 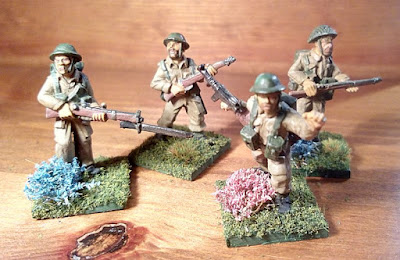 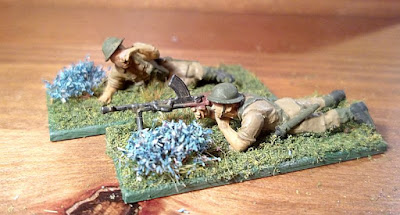 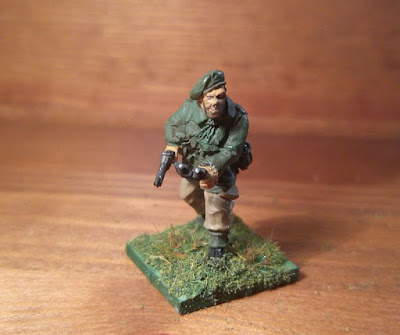 Captain Connery - this para was carrying a PIAT but I replaced it with pistol and Binoculars. He will be used either as an Artillery Observer or as crew for 18lb field gun
Overall I'm pretty pleased with these. They started off poorly but the shading really worked

At the Border Reiver show I bought a motorbike and sidecar with Vickers MMG attached from 1st Corps. This will form part of the motorbike recon squad. It was a bugger to put together 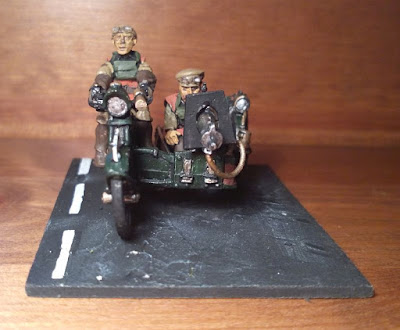 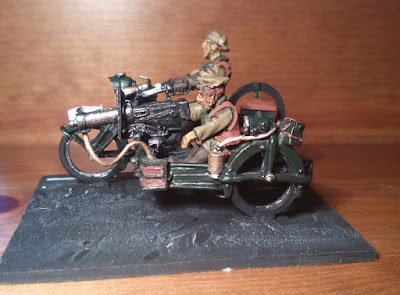 The plan is to invade Nenthead in October over at Matt's Dungeon. Hopefully it will go better than last time