This is my first attempt at a comic strip,Comic Life, and I quite enjoyed it. A party of French adventurers are on safari in West Africa. They are searching for the Elephant's Graveyard and have been searching for 10 weeks under the command of Henri Conte de Nulle Part and the famous explorer Captain Jacques Mercier.
The jungle is thick and then are forced to stick to the trail, only being able to rest in jungle clearings. 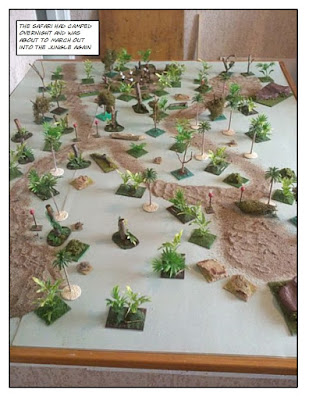 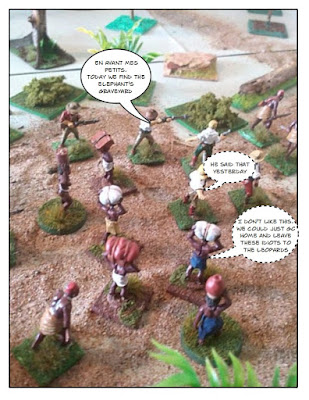 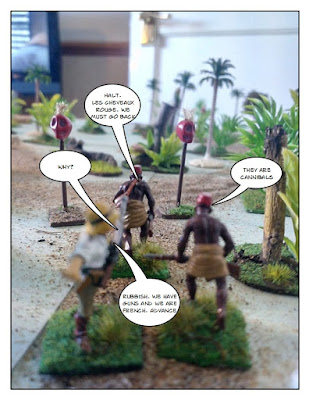 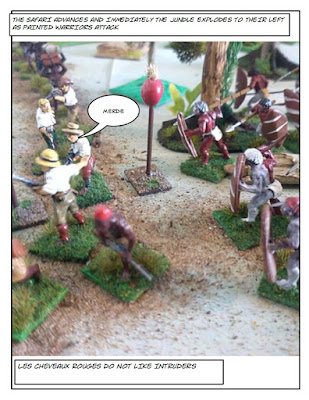 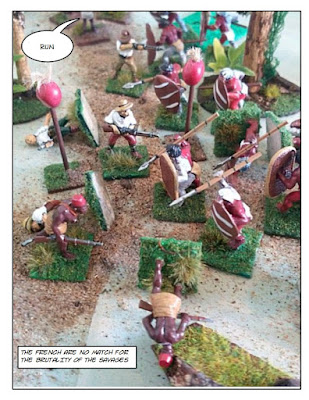 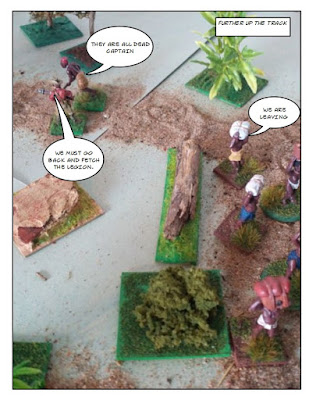 The battle was unexpectedly brief and bloody. The natives were random encounter and threw a 6 - immediate attack and another 6 - appear next to the front of the party. The French were overwhelmed in 3 turns but it did enable the porters, Capt Mercier and a single askari to escape. All the painted Les Cheveaux Rouge were killed but that was less than 1/2 the native force available so Mercier was right to run.

Email ThisBlogThis!Share to TwitterShare to FacebookShare to Pinterest
Labels: Africa