In Jungle the Mighty Jungle

I've still got my terrain head on, I have a battle set up but have been looking at it for a week now and made no moves. The problem is that I really want to fight the follow up battle but not really this one. Hopefully this weekend.
In the mean time I've been plodding on with terrain, specifically jungle pieces. I've started to add those extra touches to make my terrain better. Historically my terrain was something in the way on a battle field and not really adding to the story. 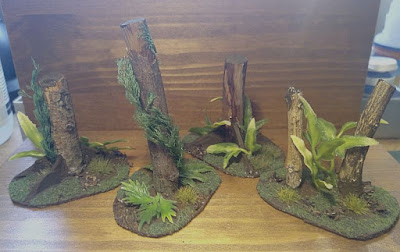 I wanted some massive jungle trees but they will get in the way. Then I remembered an old computer game called jagged Alliance, one of my favourites, and in the wooded areas you could remove the tree tops to aid visibility. So I did the same. The trunks are obviously sticks and the foliage is from a pet shop. The buttress roots are made form lollipop sticks and card. 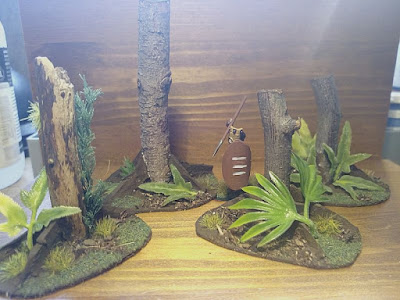 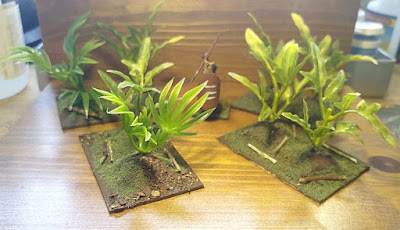 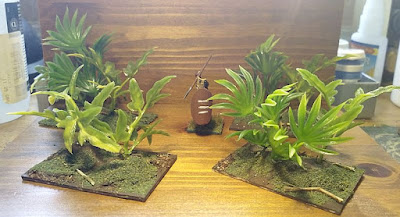 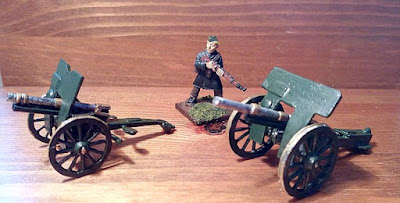 18lb howitzer and a 13lb WW1 AT gun from Irregular miniatures 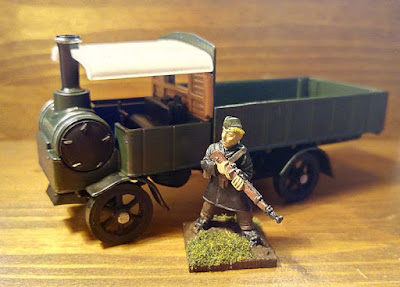