Secret Santa and the Battle of Rose Cottage

My Secret Santa present was the garden set from Warbases and its great. I painted it up 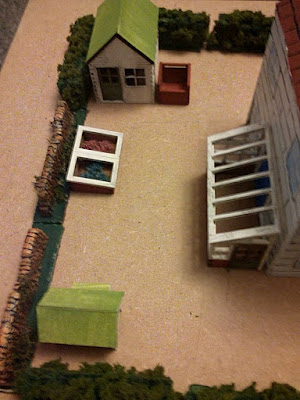 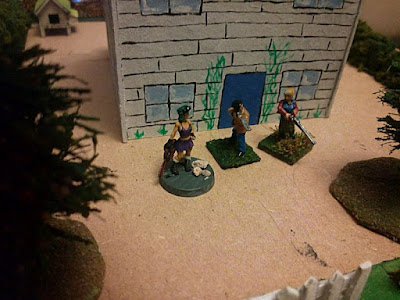 They are armed with shotguns and a chainsaw (Daisy is a tree surgeon obviously), and they are defending their home against Zombies - of course 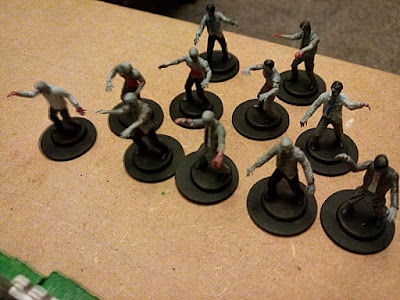 I used Akula's rules which are card activated and fun to play.
The battle started and Daisy and Hilda advanced to the gate and Daisy "kills" a Zombie but Hilda misses with her shot. 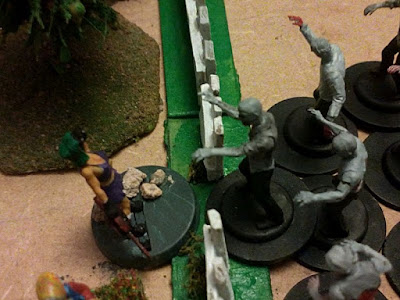 However the next move the ace of Spades is drawn and all the Zombies advance knocking over the picket fence, causing the Browns to retreat. 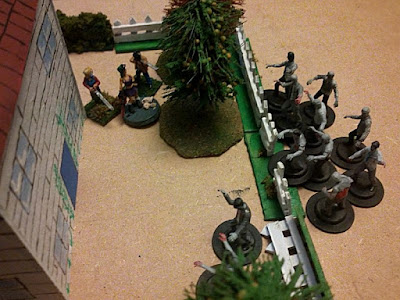 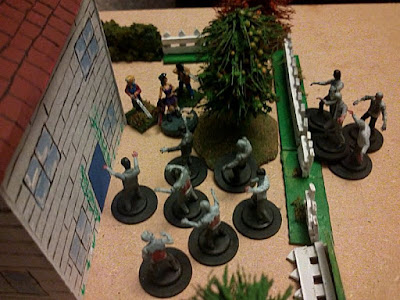 Daisy takes out another and Ted blows the head off another 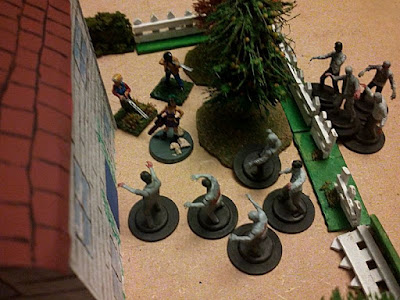 Bravely Daisy advances but another ace of spades and the zombies swarm forward surrounding her and engaging Hilda. Hilda kills her Zombie and Daisy is a woman possessed. 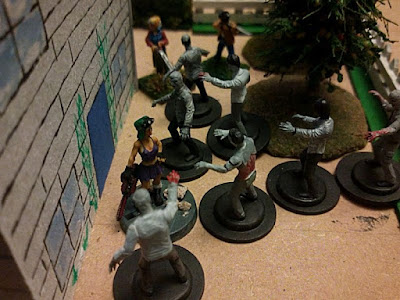 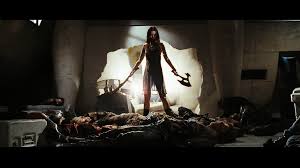 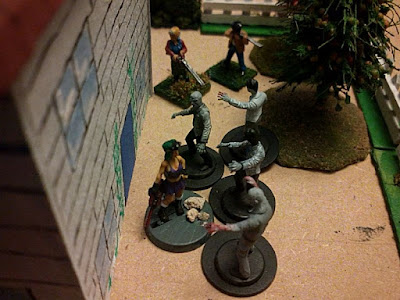 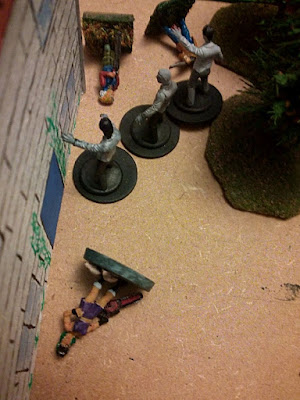 The Zombies win but it was a fun hour.

It's been a sad day for music with the death of Lemmy, He was from the same suburb as me and while we are name dropping Slash's grand parents lived next door to my grandparents. Stoke has a short but illustrious list of great musicians and Robbie Williams.
You may have missed the death of John Bradbury, the drummer in The Specials and to be honest I much preferred them so this is the song