Today I fought another battle. This time it was one of my favourite scenarios, you have to escort a wagon of supplies across the table whilst enemies appear at random from all sides.
A column of colonial Brits - 2 units of Askaris and 1 unit of highlanders must escort the wagon across the length of a jungle and hill terrain using the only clear road. The wagon appears on turn 3 and moves at 4 inches along the road EVERY turn. Against these are jungle natives comprising Fierce warriors, warriors, bow men, musket men and pygmies. These appear randomly based on the location of the wagon. I used a set of rules from an ancient Wargames Illustrated and reprinted by Foundry. The mechanism is OK but they lack a bit of detail  and were tweaked during play. Basically you can't move and fire and Natives move 50% faster than the Brits. The figures were all Foundry. 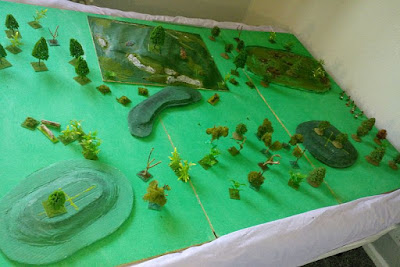 Table layout, Brits enter on the East side and must cross to West using central path

Watched by a handful of archers to the South 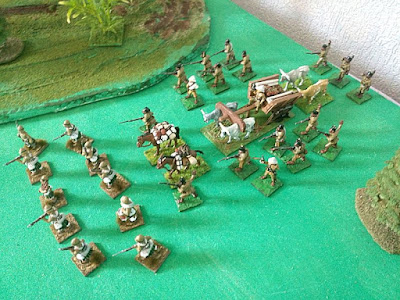 The main column arrives with highlanders in front in 3 small squads of Askaris, each with European officer. 2 stays with wagon and other 2 are free to roam 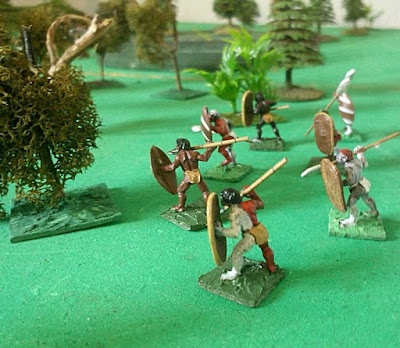 Quickly followed by a unit of warriors on the South side 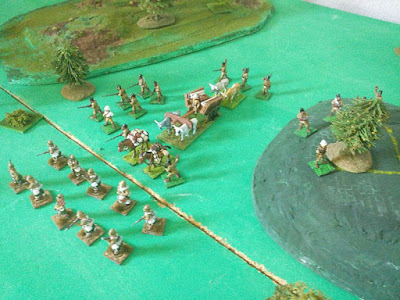 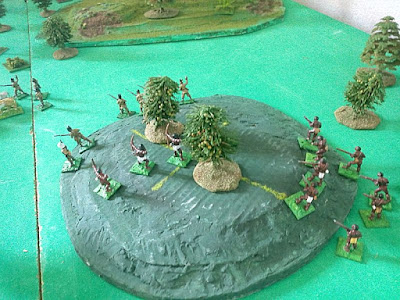 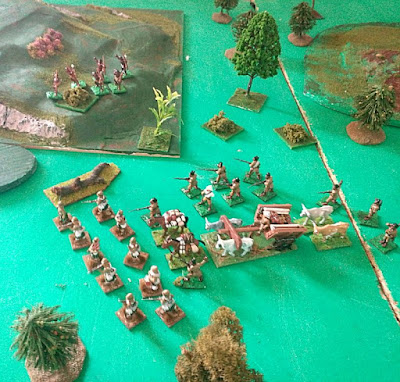 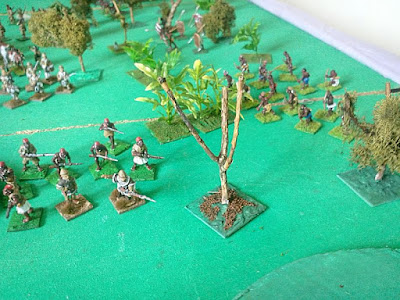 Pygmies appear to the South. These are good with bows but rubbish at fighting 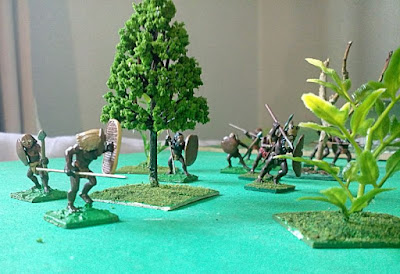 A Unit of Fierce warriors appears to the North 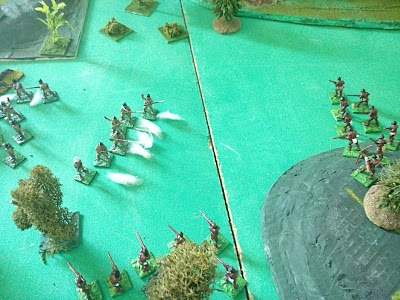 A 2nd unit of musket men appear and  the Askari open fire. However although they inflict some casulaties the Natives return fire and kill all the Askari except the officer. 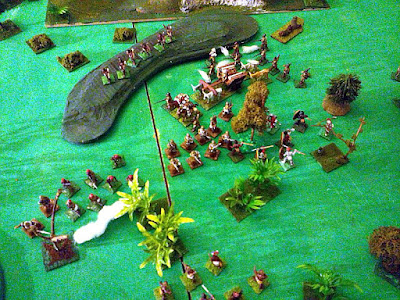 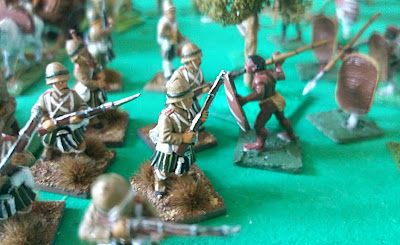 This is going to be close 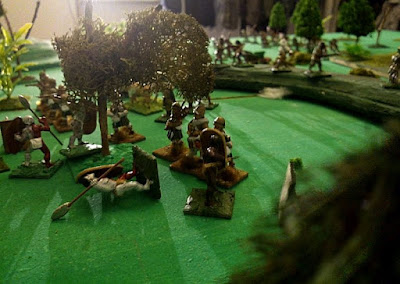 The 1st round of the melee is inconclusive but in the 2nd the Highlanders cause the  warriors to break and they take the pygmies off the table with them. To the North the archers have been despatched. 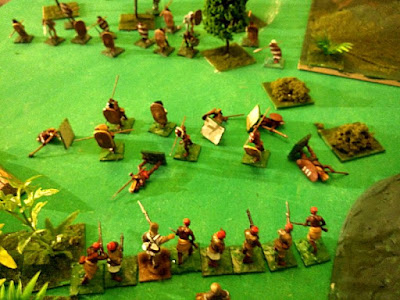 However there are 2 units of warriors to the front . The scouts form a line and kill 1/2 the first wave and cause the 2nd wave to hesitate 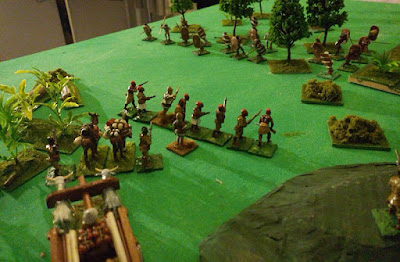 The wagon won't stop and the scouts and warriors charge each other. This is it. Will British Steel win the day or will the warriors take the wagon. To the rear things are looking dire with 3 units of musket men and 1 unit of fierce warriors running like mad to catch up whilst taking pot shots at the Highlanders and whittling them down. The melee is decisive with 6 warriors killed vs only 1 scout. The warriors rout and the way is clear. 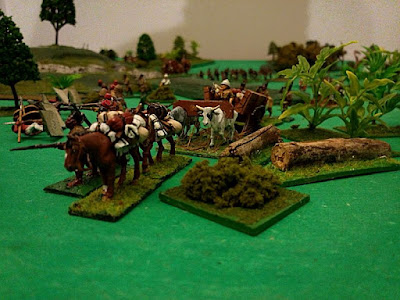 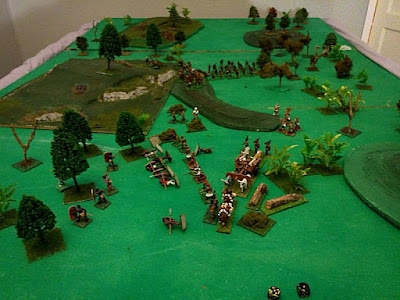 The chasing natives can't catch up and it is victory to the Brits. Put the kettle on.

This was a really great battle and it is always better with a proper objective.The natives got loads of reinforcements but were unlucky that the musket men were always behind the wagon and couldn't catch up.