Quite a lot of Mohicans

Very productive day today, )did 2 loads of laundry, wrapped all the Christmas presents (just showing off), read some more of the PhD thesis I'm examining (excellent), watched all of season 1 of Agent Carter (it's not bad) and fought a large 18th Century North American skirmish between mountain men and generic Woodland Indians (mainly Huron). It's amazing how muh you can do when you get up early and it's snowing.
The mountain men were 2 units of intrepid trappers, 1 unit of Blackfoot Indians and 1 unit of Blackfoot cavalry and the Hurons who were 3 warbands of musket armed men and 1 unit of bow armed men. 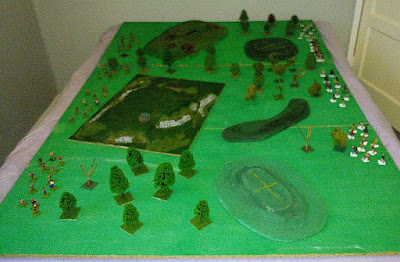 Layout, mountain men on right with white bases. Lots of hills and trees 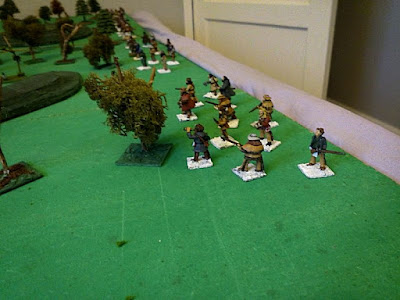 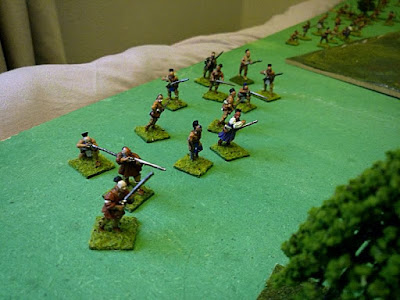 The rules were pretty basic with D10 being rolled to load and fire (at least 7 needed on both to hit. All hits are kills. HTH is a simple duel with leaders and cavalry rolling a D10 and infantry a D6, loser is killed. Normal morale rules etc apply.
Both sides advance on a broad front and the Blackfoot cavalry open fire on the Hurons on the hill and despite needing 9s to hit kill 4 Hurons,a  legendary volley. The Hurons hold but next turn the cavalry charge 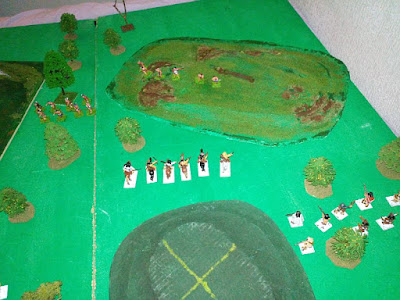 The Hurons kill 2 Blackfoot (feel the need to keep writing Blackfeet) but it is not enough and the Hurons are routed. 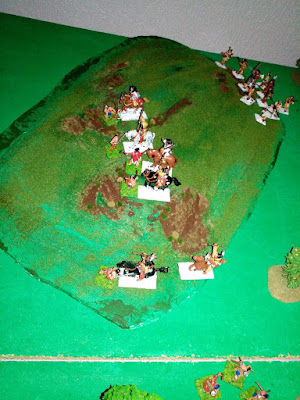 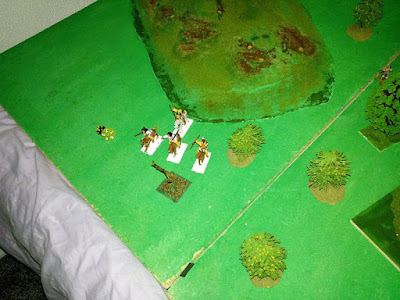 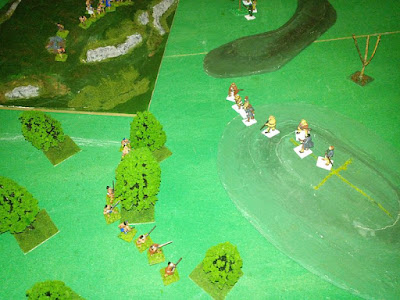 Back on the other flank the bow armed Hurons are charged the Blackfoot cavalry. The cavalry
win and in the next turn wipe out the Hurons. 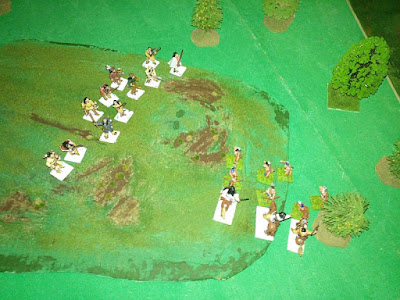 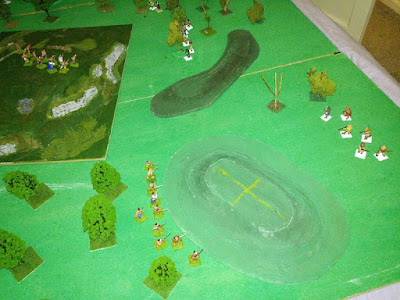 However the Mountain Men rally and fire on the advancing Hurons causing them to rout.off the table 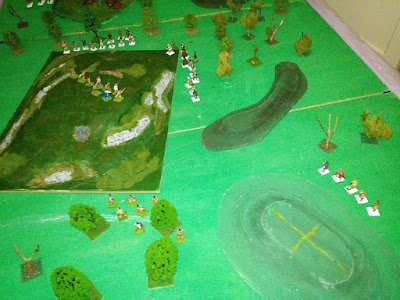 All that is left is the remaining Huron warband on the hill in the centre and they are outnumbered 3:1 and flanked. So they leg it.
All in all a fun battle

Email ThisBlogThis!Share to TwitterShare to FacebookShare to Pinterest
Labels: AAR