The Great King Bamdada of Pamphylia has amassed his army to launch a decisive strike on  Shabaan el-shabazz, Satrap of Seleukeia. 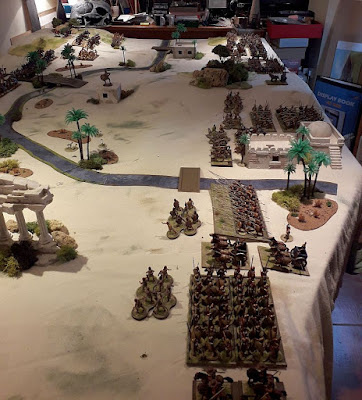 The forces of  Bambada (Matt) 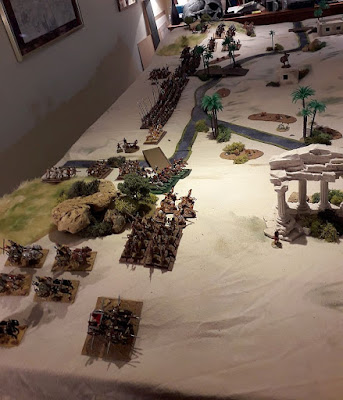 The brave and loyal forces of Shabaan el-shabazz (that'll be me then). Rivers are passable to all except chariots. Luckily I have loads of chariots 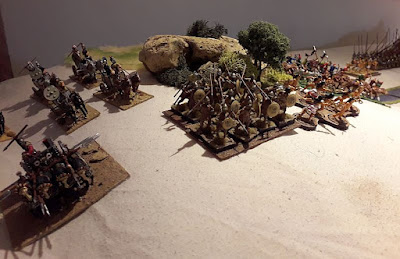 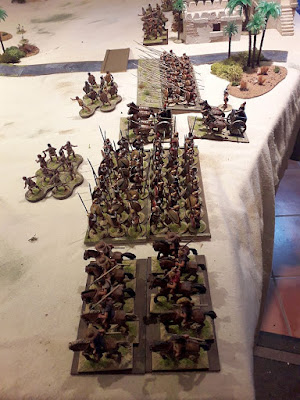 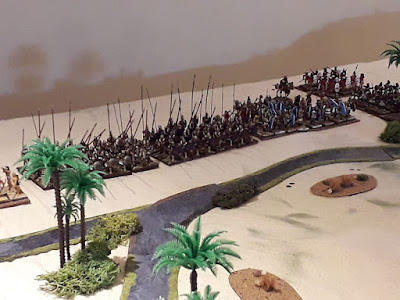 My centre - lots of phalanx and archers. I have a lot of missile troops 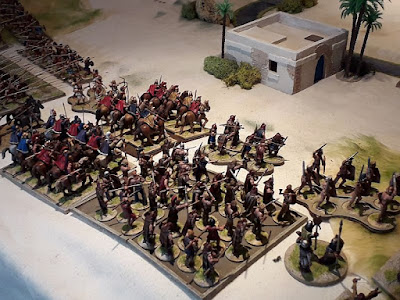 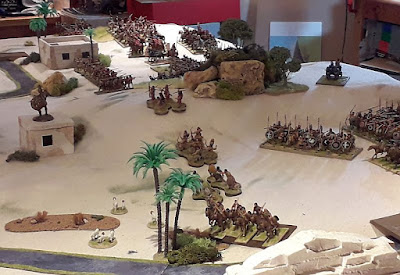 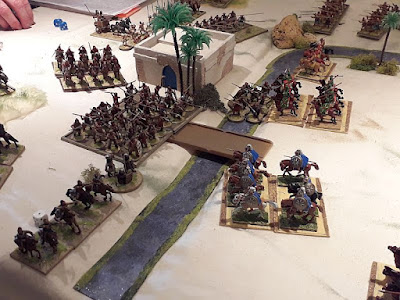 My cavalry charge as Matt's barbarians cross the river 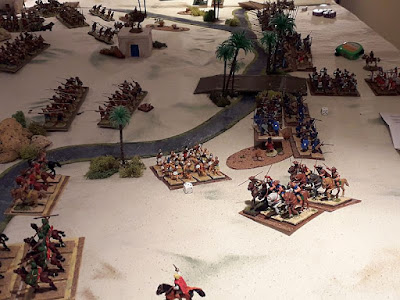 I have lots of cavalry here 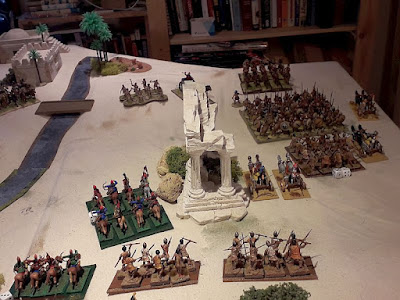 Chariots to the fore I charge into Matt's left 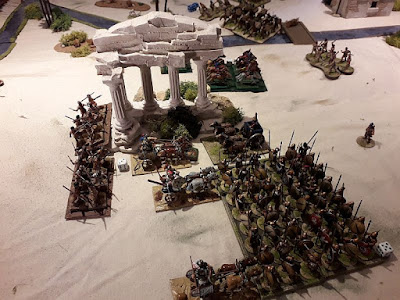 I have great dice all morning and matt has terrible dice. My missile troops are causing serious damage and I'm marking great nerve rolls 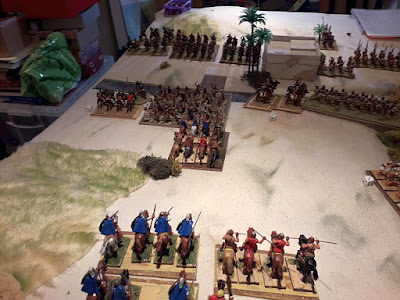 Matt is forcing a crossing but I'm ready and waiting. Time for lunch. Nice soup for which I forsake my dice rolling. 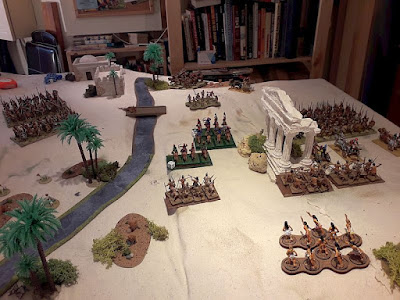 I'm still around but Matt is moving troops from the centre to support his flanks. This was my plan all along and nice to see it coming to fruition 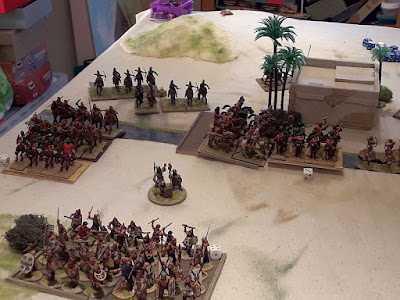 Matt is across but not worried 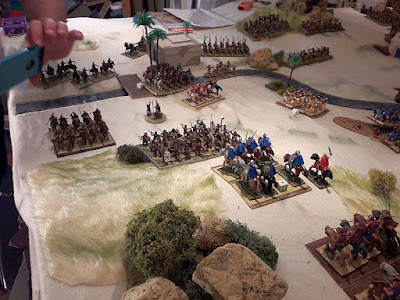 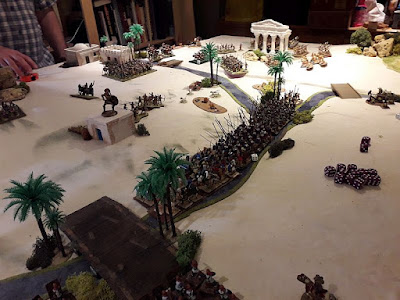 I seize the initiative and cross the river in the centre 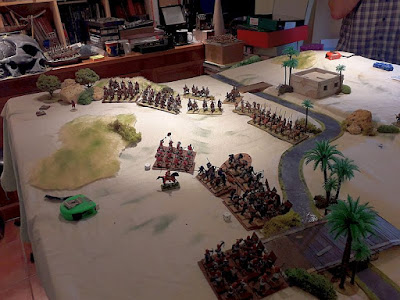 at this exact moment my dice rolls petered out 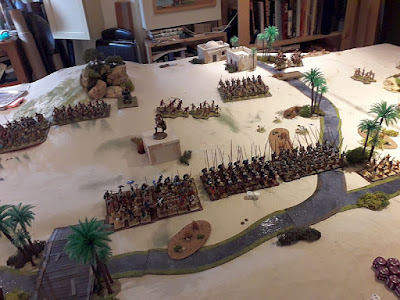 I'm across the river but my flank is threatened. A single shot from my stone thrower has destroyed a Numidian cavalry regiment 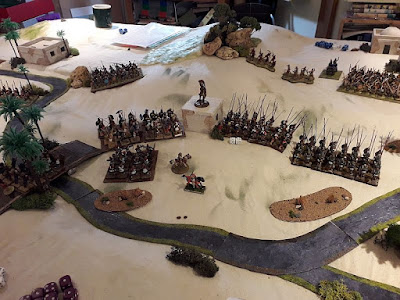 But my left is wrecked and i'm trapped 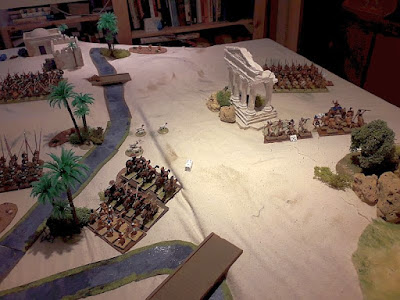 My right is a bloody mess of fractured bones and wet sand, both sides have fought to a standstill.

This was an utterly brilliant battle that ebbed and flowed dramatically, played using KoW. I need to split my forces better and I'm overly cautious with phalanx troops. The mix of my missile troops and Matt's shock troops gives a really interesting battle. We will play a follow up in December hopefully.
On the downside my exhaust broke and an emergency stop on the way home sent the army flying and I have a desk full of shields, spears and dismounted horses. Time to get the glue out

Email ThisBlogThis!Share to TwitterShare to FacebookShare to Pinterest
Labels: kings of war