Aftermath of an Assassination - The Assault on Coldstream

The Death of  Lord Ridley had filled the radio channels is panicked cries for help and revenge. The Fascists will want revenge but it will take time to call the troops to punish Coldstream. 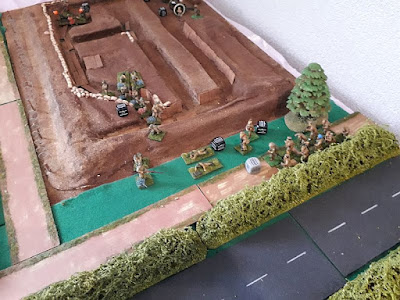 The troops from the firebase are ordered forward to support the Vampires on the edge of town. The artillery can only reach the edge of town, this battle will be won by infantry and armour. 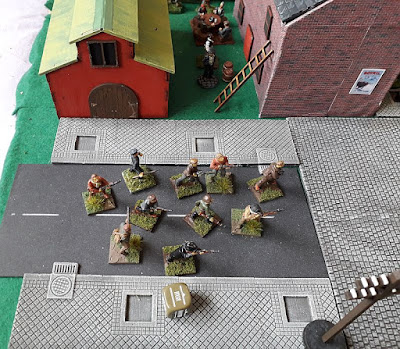 More militia arrive in Coldstram to support the defence 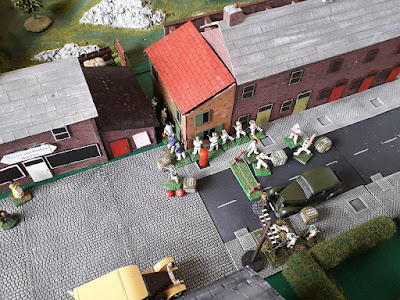 The cricketers advance to take the hill. However the team captain is distracted by news from home. His wife and daughter have been see around town with the notorious philanderer Alan Clark. Is he to be cuckolded. 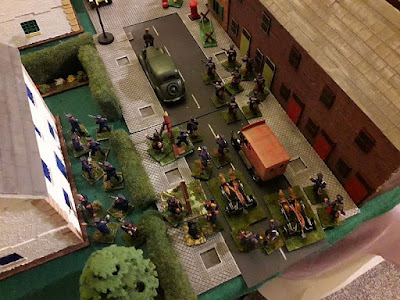 Following the cricketers are the Post workers Union, heavily armoured with rockets and machine guns 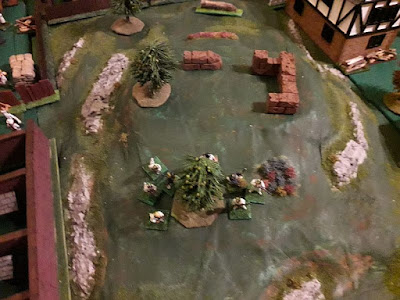 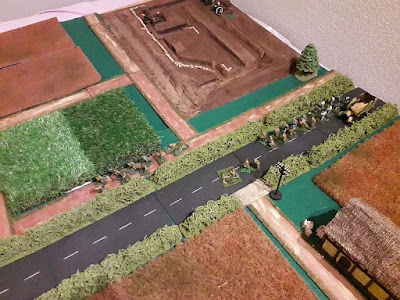 More Vampires and another Lancia arrive 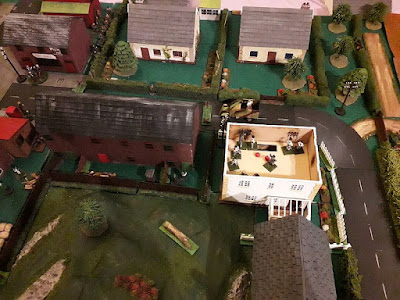 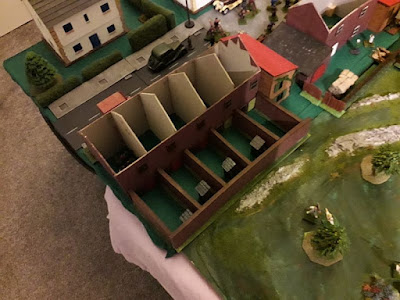 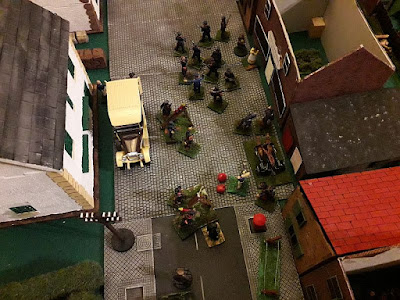 Posties advance and set up their rockets.The Cricket Captain is still inconsolable and somebody should make him a brew 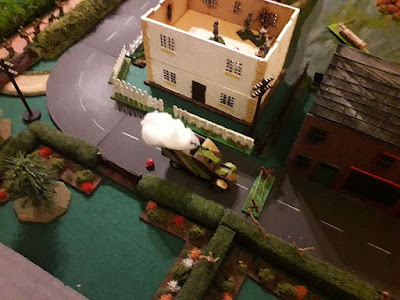 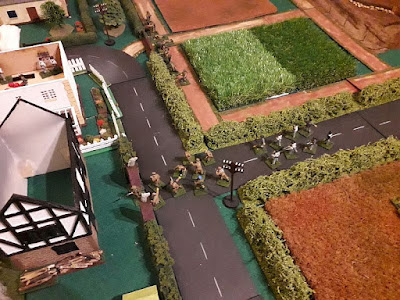 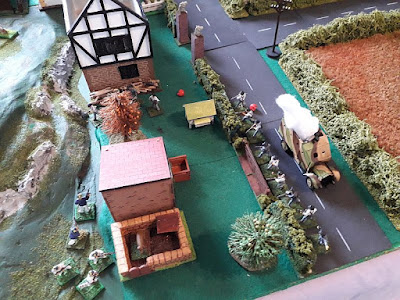 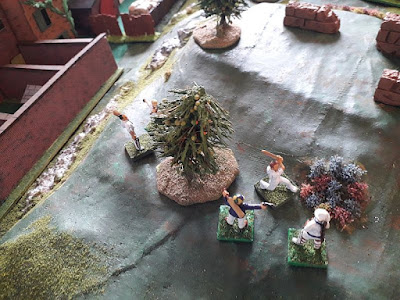 The cricket bat mortars - the 2 opening batsmen hitting hand grenades for 6, treated as light mortars. The Captain is recovered and furious. But withering fire from the Vampires wipes out the cricket team 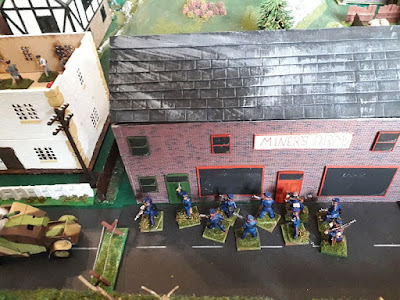 On the other side of town, under the cover of the burning Lancia a squad of postmen advance to try and take out the Vampires in the house. The Vampires are now at 1/2 strength and heavily pinned 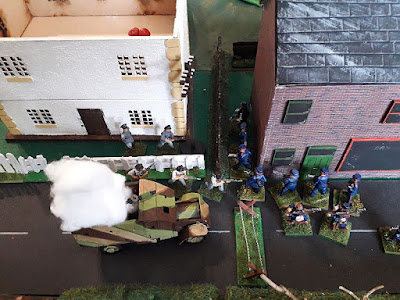 A random event dice causes the Vampires to charge out the house and charge the Postmen, slaughtering them all
. 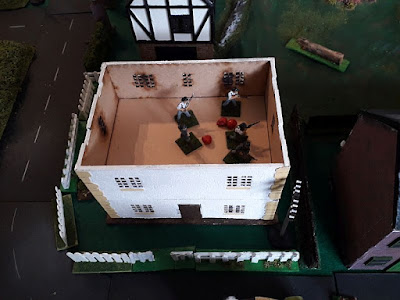 The Vampires were now dangerously exposed but drew the next dice and retreated back into the house. 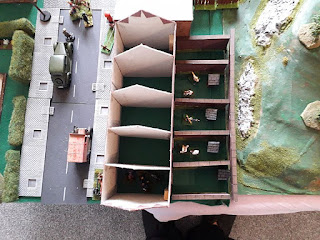 The loss of the 1st XI has forced the remaining cricketers back to the cover of the terraced row.
The battle lines are now drawn. The Fascists own one end of the town and the towns people the other end. Will either side get the required strength the take out the other.