Over the last few years I have built up a decent steampunk Prussian female force, mainly the now defunct Hinterland and Bad Squiddo with a few randoms. I recently purchased some cavalry from Bad Squiddo to expand the force. I present to you the 2nd Lieb Husaren (automata) 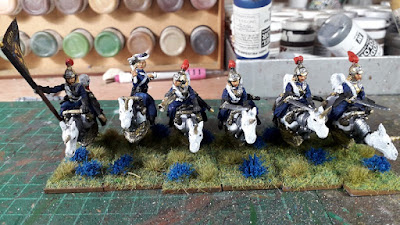 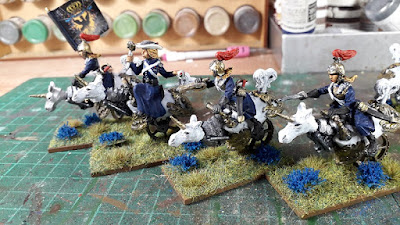 I say chargers but they are clockwork unicycle carousel unicorns, when else could a teutonic maiden need 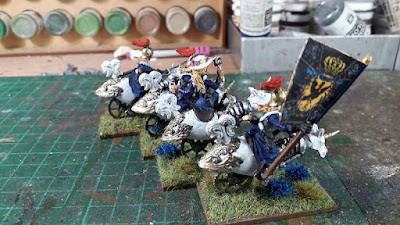 The are part of the force commanded by the real life Princess Viktoria-Luise, who was made colonel in chief of the 2nd Lieb Husaren in 1909 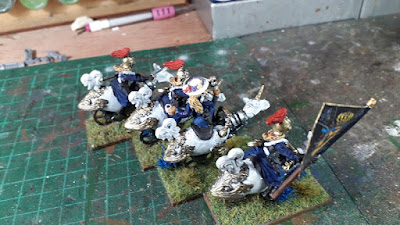 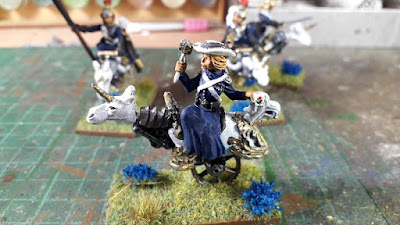 This unit is commanded by Duchess Greta von Prusen, lifelong friend of the Princess. She is never seen without a cup of black coffee in a china cup.
Enough of this madness. It was the Bttleground show at the weekend and I had a great time, but took no photos. The hall was fairly full, 500 attendees compared to the normal 600 and about 75% of the normal traders. I spend a fortune (I bought something from most traders), most of which has been passed to my family to give back to me a Christmas. 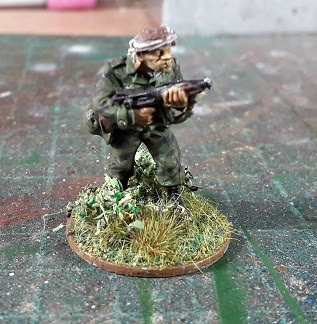 I did by a blister of WW2 US infantry from the bring and buy. One of the US figs looked like he belonged in Vietnam, so I painted him up accrdingly as a special forces chap.
Most of the stuff that didn't go to my family is being prepped for the challenge, which this year has a sci-fi theme. This is lucky as I have a collection of sci-fi types to paint.