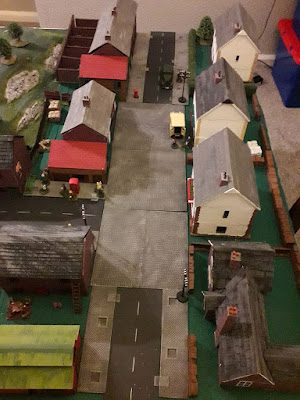 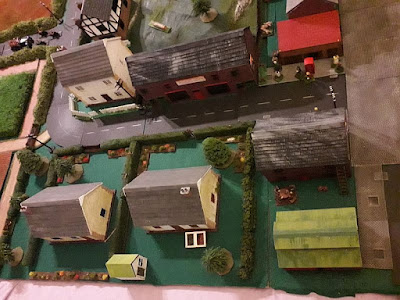 Edge of Town (where the darkness comes from) 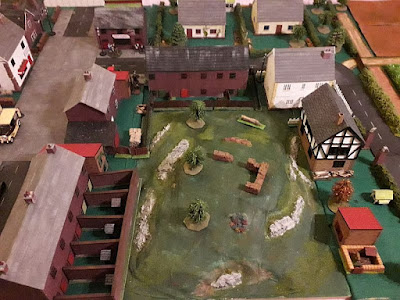 Hill in the centre of town 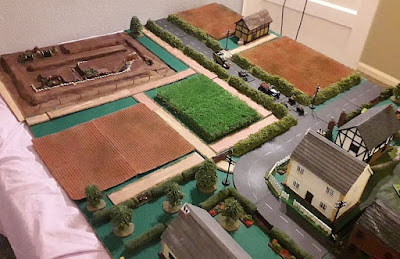 Farm land. Lord Percy has built a firebase to protect the road to the South 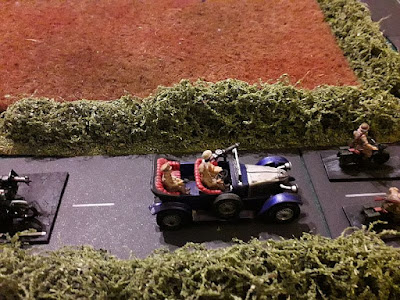 Lord Ridley, Percy's war minister has decided to tour the border to prove it's security and the strength of Northumberland 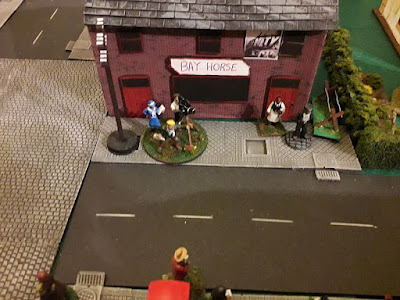 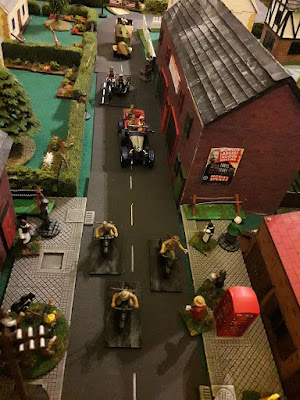 The cavalcade advances through the town with motorcycle outriders at the front and a motorcycle mounted vickers and Lancia armoured truck with a section of the Northumberland special service force (the Alnwick Vampires) to the rear. 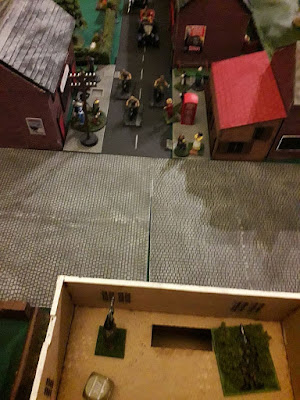 Suddenly and shot rings out fromthe upstairs floor of Grace Bros Haberdashers. A sniper has rushed his shot and it flies wide. A 2nd sniper fires and shoots Ridley through the heart killing him immediately. 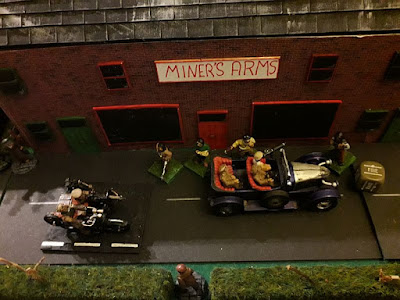 A section of militia known as the Border Reivers charges out of the Miners Arms and assaults Ridley's Prince Henry staff car. However the assault fails. and the car and motorcycles move forward 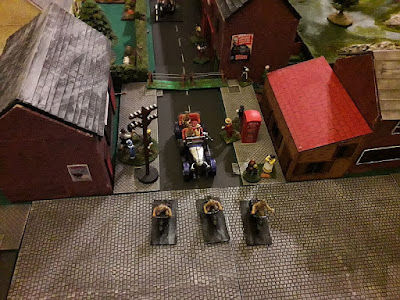 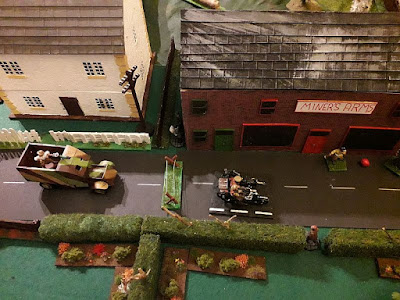 The machine guns in the convoy open fire and kill 2 of the Reivers. The snipers open fire again and kill and motor cycle machine gunner. The outriders and the staff car carrying Ridley's body have escaped the west 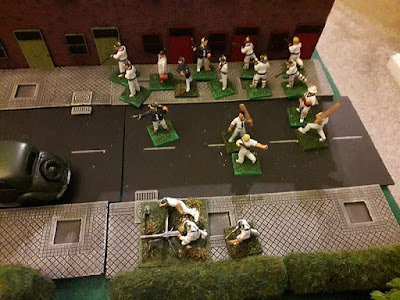 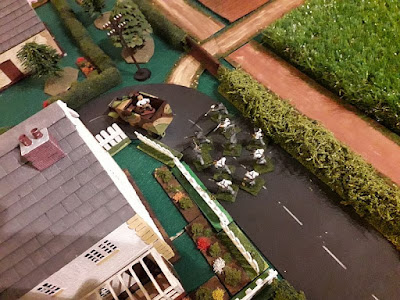 The Reivers capture the motorcycle driver as the Alnwich Vampires, their advance blocked, retreat, debus and prepare to occupy the outskirts of the town

The death of Ridley will enrage Percy and he will launch a major assault to punish the town. Will the town hold out.
This battle will be fought over the next few weeks and will escalate as every VBCW figure I own joins the battle.
Old Guard on Sunday, most are fighting another ACW battle in preparation for Battleground. Me and James, and others,will be fighting the next battle in James WW2 campaign. Staffs vs Germans in a night battle. Can't wait for that either