I've been really busy for the last month, lost of house guests and start of new term at work so I've done nothing for 2 weeks, although it feels much longer. Yesterday was my first chance for some proper hobby time and as my painting mojo is off (figures on my paint table are poor quality and uninspiring) I fought a solo battle.
1882, NW frontier. Fort MacKenzie guards the entrance to a mountain pass and is held by a battalion of British infantry. The Afghans are restless and a force has been spotted approaching the fort. A messenger has been sent to send for reinforcements who will arrive through the pass to the left of the fort. 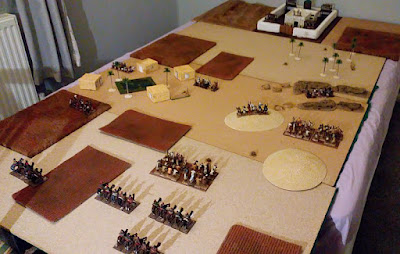 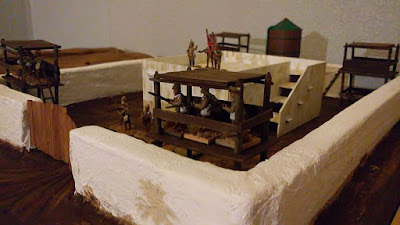 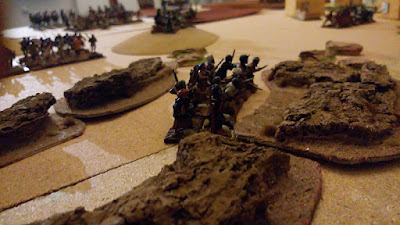 The Afghans cross a wadi 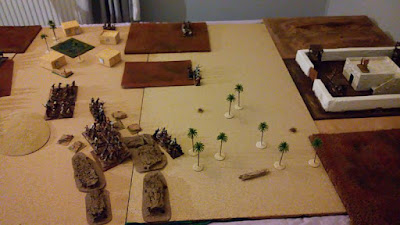 The Afghans launch a general advance 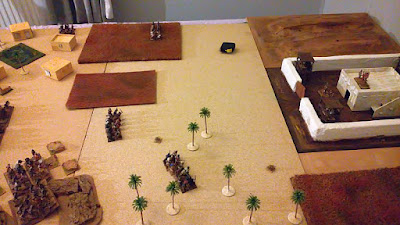 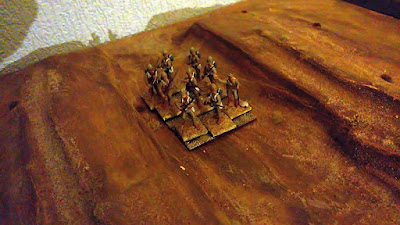 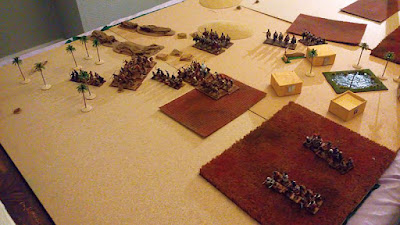 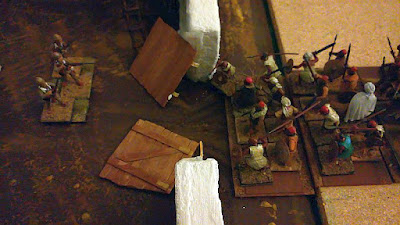 A mad charge and they burst through the gates. Devastating fire from the Brits stops them but they don't rout 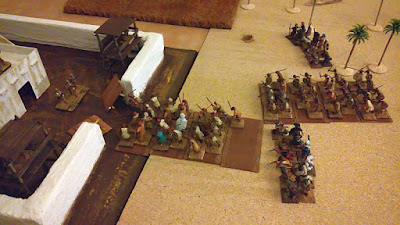 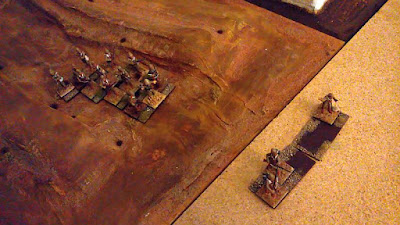 The 1st British reinforcements have been decimated by enemy fire, advancing down the pass is going to make deployment difficult. However the next unit is advancing behind 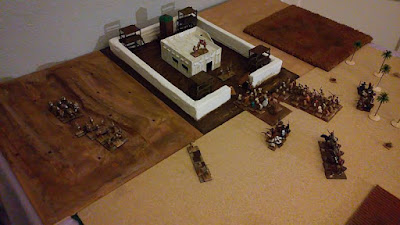 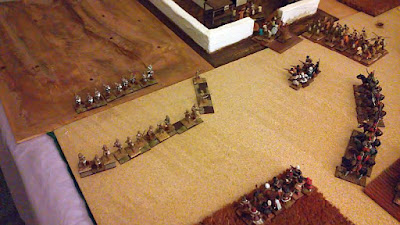 Brits deploy but will it be in time 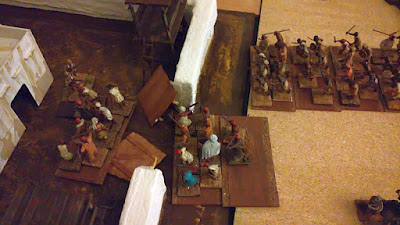 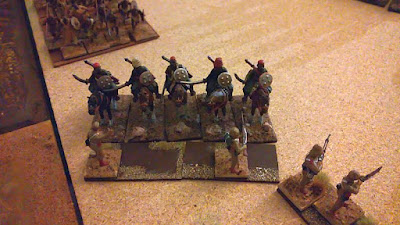 Afghan cavalry charge the survivors of the 1st unit of British reinforcements. They hold 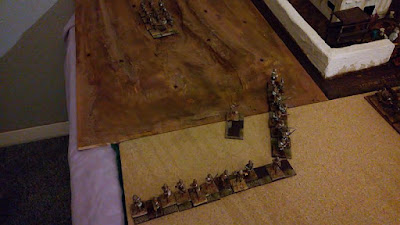 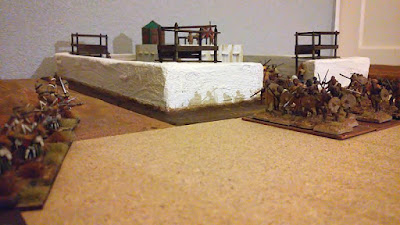 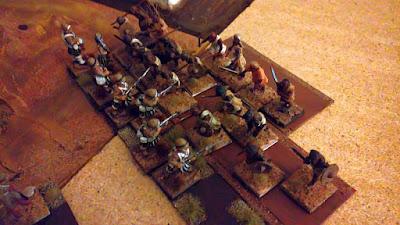 THey charge the line and clash with a unit of Highlanders. The Afghans win just but the Highlanders rout from the field. 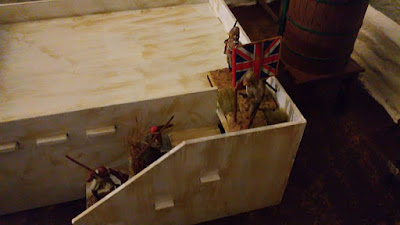 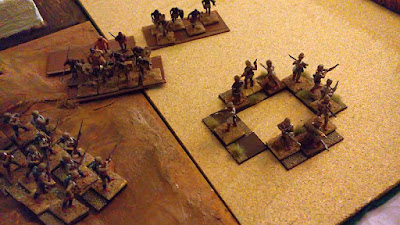 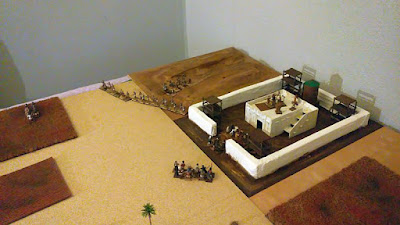 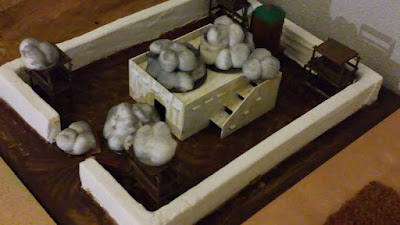 The Afghans torch the fort and leg it. The British will have to retreat back down the pass to safety and shelter - but that is for another day.

I really enjoyed this battle, played using a variation of Dave Docherty's Imperial Steel rules which are very simple but well balanced and cinematc. I will play the retreat today and post later.

Email ThisBlogThis!Share to TwitterShare to FacebookShare to Pinterest
Labels: Colonial