The Retreat from Fort Mackenzie 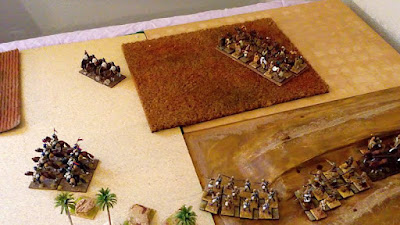 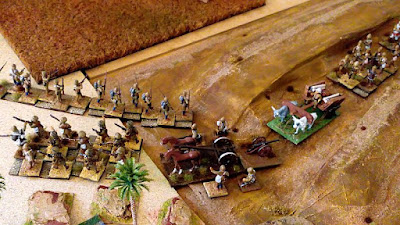 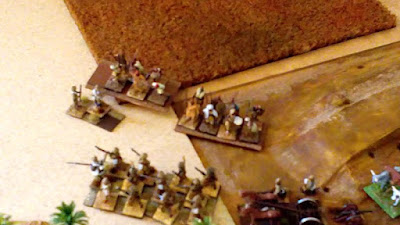 The Afghans charge home and a fierce battle ensues. 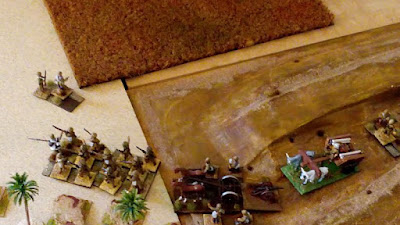 The British win, just and the column is free to advance 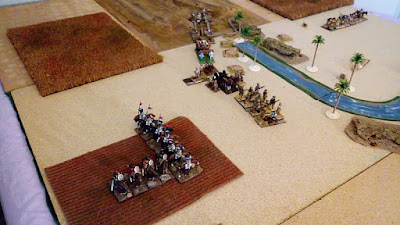 The Bengal Lancers charge a small unit of Afghan cavalry and wipe them out. Across the river another unit a warriors shadows the column 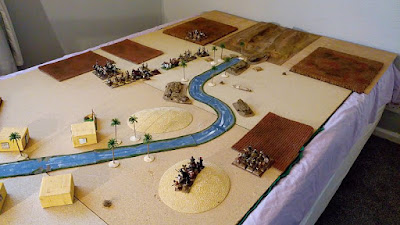 With their side of the river clear the British advance towards the village, watched by a couple of units of Afghans 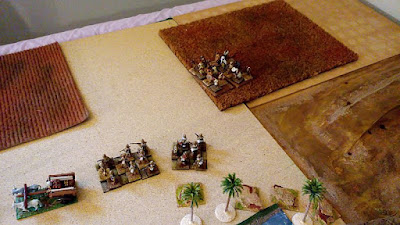 A second unit of warriors appears behind the column and the surviving Highlanders, who fought so poorly yesterday and bringing up the rear and are ordered to protect the column 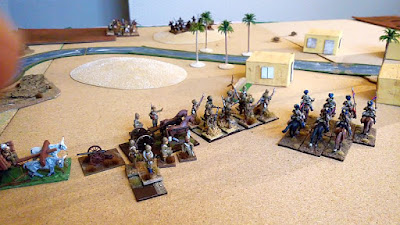 The British reach the village 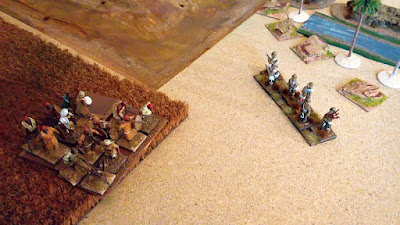 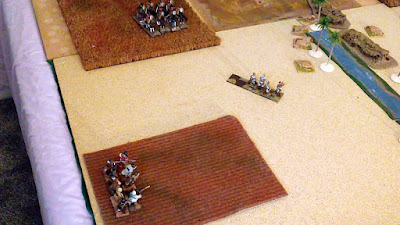 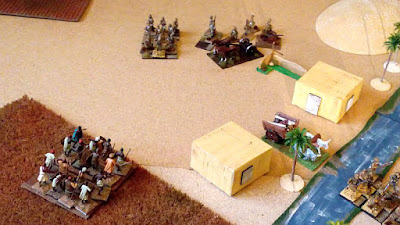 The British unlimber their field gun to protect the crossing as the Lancers and a Sikh regiment cross the ford with the wagon. A unit of warriors emerge from the fields near the village and catch the rearmost British regiment in line wiping them out. The situation gets worse as fire from the following units wipes out the gun crew. 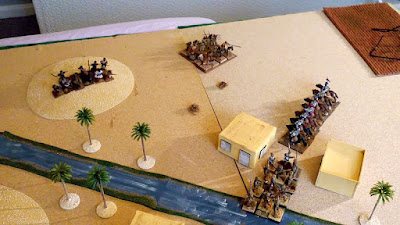 The Bengal Lancers face up to the warriors. This should be easy 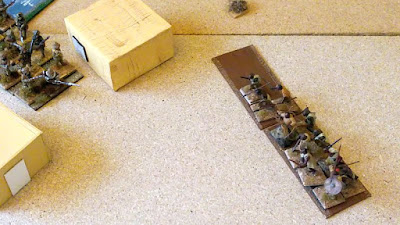 Disaster. The Afghans clash with the Lancers and utterly destroy them - too many 1s vs too many 6s 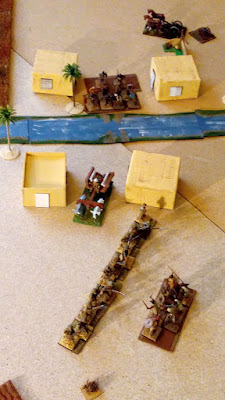 The Sikhs form a line to protect the wagon and finish of the Afghans. 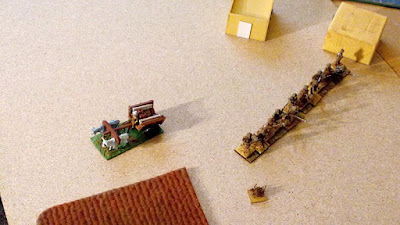 The wagon makes it off the table as to the Sikhs but it is a Pyrrhic victory. Over the 2 battles the British lost 6 regiments and only 1 plus a wagon survived. Afghanistan is a terrible place to invade.

Email ThisBlogThis!Share to TwitterShare to FacebookShare to Pinterest
Labels: Colonial