Operation Sealion - The battle for Dover

A busy gaming weekend, Old Guard today, and yesterday I wandered over to Matt's for a day in his dungeon. Matt is refighting Operation Sealion and the Germans are advancing on Dover. This was the last battle before Dover. I was the Germans and had to clear the road. as usual the layout was epic. 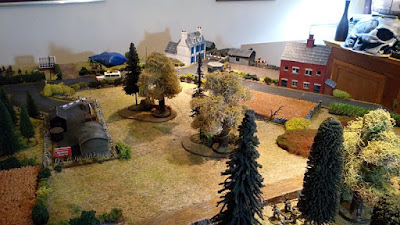 Right hand side, secret military base in centre and pillbox at top right are objectives 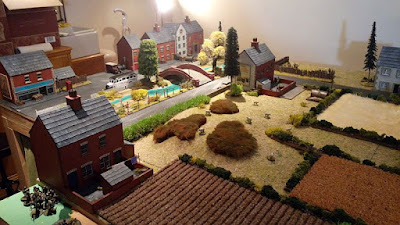 Left hand side with bridge as the 3rd objective 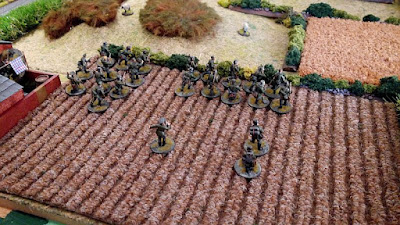 My infantry on the left advance 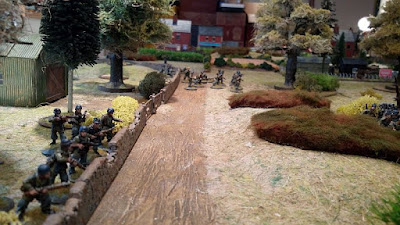 On the right the veteran paratroopers move forward 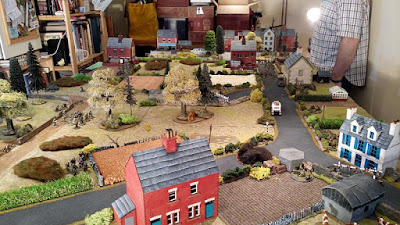 THe Brits on the right advance. They have a lot of crappy artillery, Northover Projector and Smith gun. 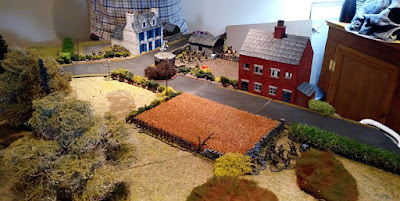 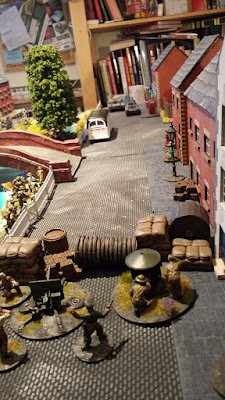 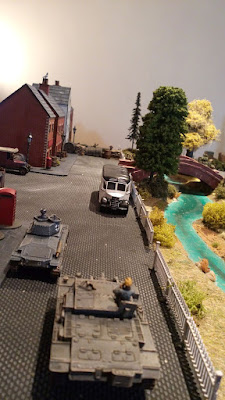 My PzIII and Stug face off against them 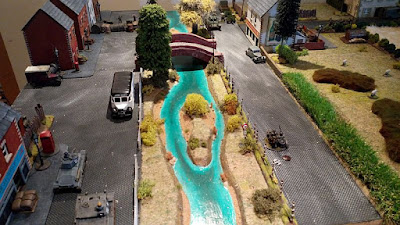 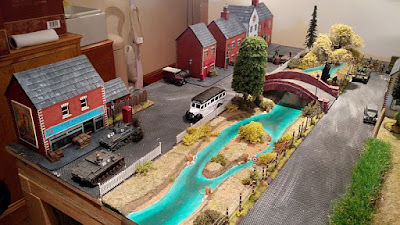 The anti tank gun immobilises the PzIII. Not going well 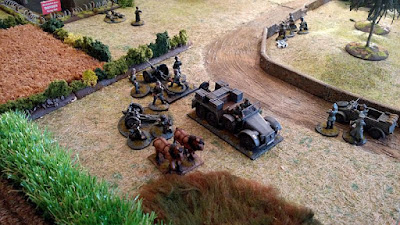 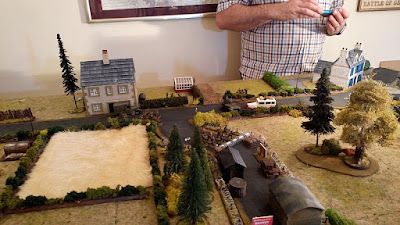 The Brits advance into the secret military base and Vickers tank appears in hte centre where I am weakest. Matt had secreted a Boyes ATR in the central building and it was chipping away at my infantry 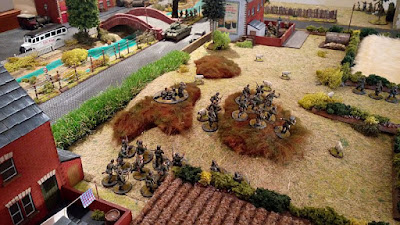 A random event roll causes the home guard to leave the pub and retreat towards their homes. 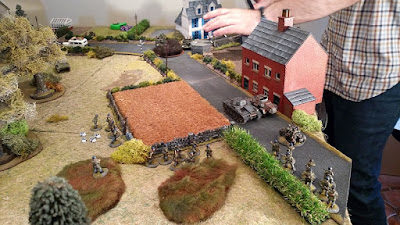 On the right my PzII and 222 arrive and start to shoot the vickers and bren gun carriers that are the main forces here. A morter shell has wiped out an infantry section and the smoke caused the vickers to leave the pillbox, where I promptly killed them 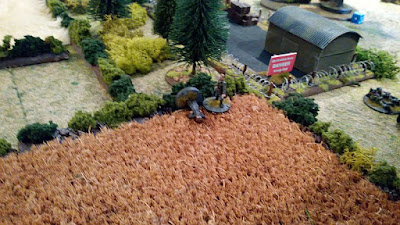 We both had 5th columnists who were to cross the table.and infiltrate the enemy. They met in the middle, fought and Matt won. His spy crossed the table and would mess up the german plans for the next battle. 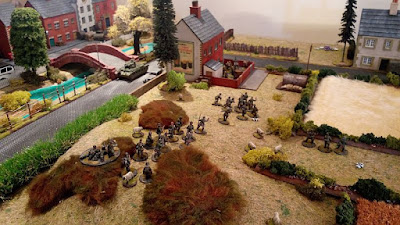 The pub was empty and I saw my chance to advance. I charged across the open ground. At that point the next random event card forced a British unit into the pub to quench their thirst. I was committed now. 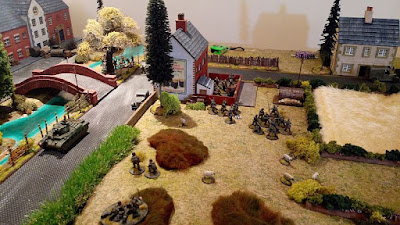 I reached the pub as my Howitzer fired a shot into the pub and butchered the occupants. The Matilda had advanced to take out the Stug - the explosion destroyed the image. 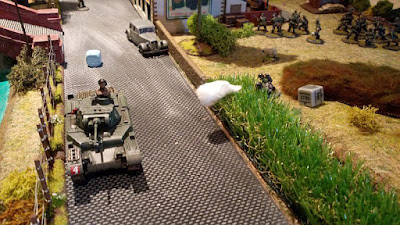 The Matilda had advanced too far and into the range of my flame thrower. It lit up the Matilda but the fire was quickly extinguished. 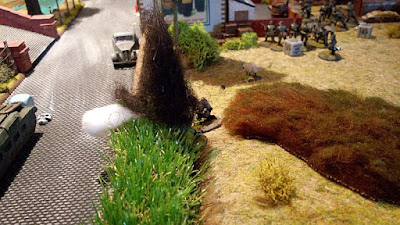 The Boyes ATR fired and hit the flame thrower, blowing it up in a huge fireball. 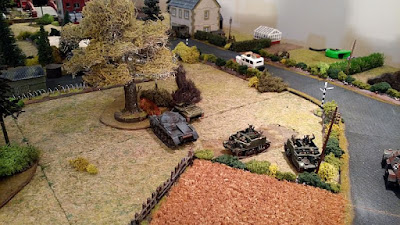 On the right the autocannon fight is going my way, at the 4th attempt I destroyed the Vickers, I had set it on fire 3 times already. 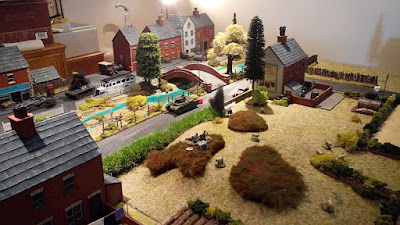 The battle for the pub is over and i hold it. 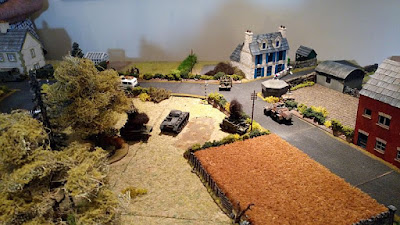 I take out a bren carrier and hold the flank, Matt still has the pillbox but can't hurt me. Matt holds all the objectives but only has the Matilda and some odds and sods left. It is a victory for him but only just. Dover will be ready for the attack but it will be attacked.
Great day, hard battle.

Email ThisBlogThis!Share to TwitterShare to FacebookShare to Pinterest
Labels: Sealion