Mercier made it back to the headquarters of the Foreign Legion and told the tale of the horrifying attack of the Red Skulls. Lt Le Clerc immediately orders 2 companies of Legionaires and 1 of Askari to march into the jungle to rescue any captured explorers and to punish the Red Skulls. 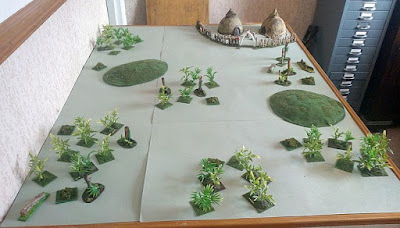 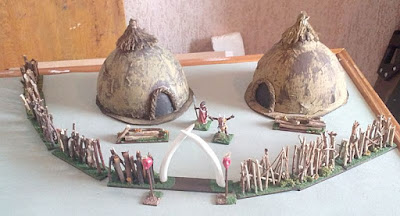 The huge ivory gates guard the entrance to the village 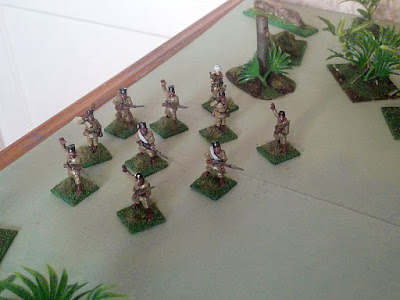 The Askaris under Sgt Forte lead the way 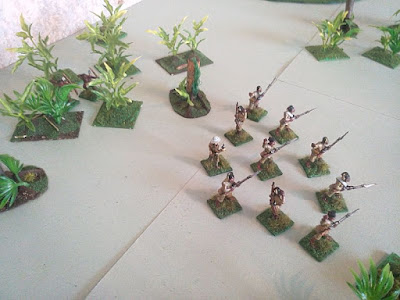 As they advance they cme under fire from native archers to their flank. However a volley swiftly sends the archers running away 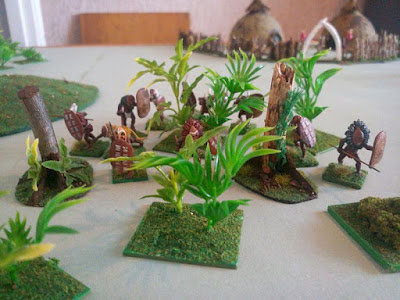 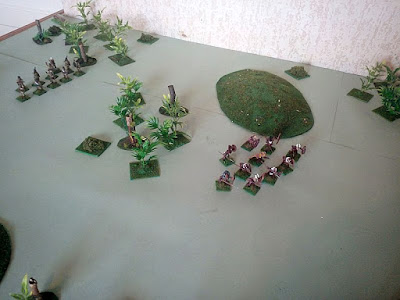 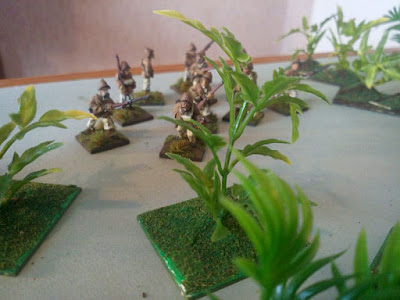 As the Askaris clear the way the Legionaires start to arrive 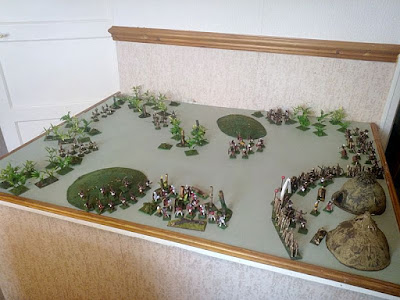 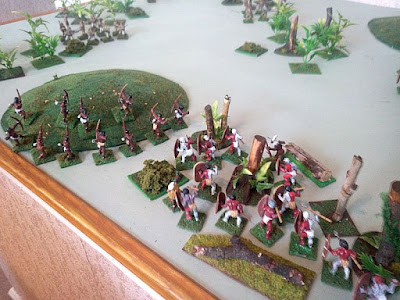 They are a mixed force of archers and warriors 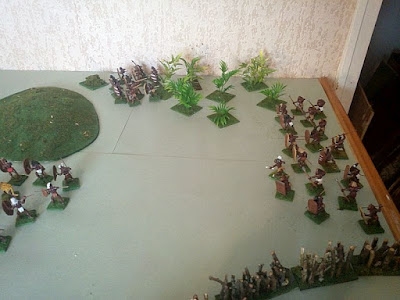 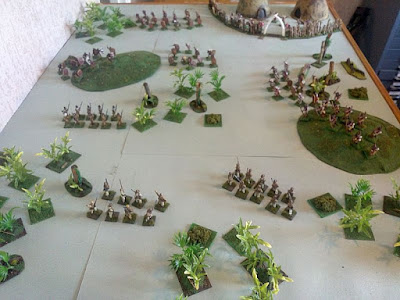 They fill the battleground in front of the Legion. The archers on the hill are rout from the 1st shots of the 1st coy of Legionaires under Lt Le Clerc 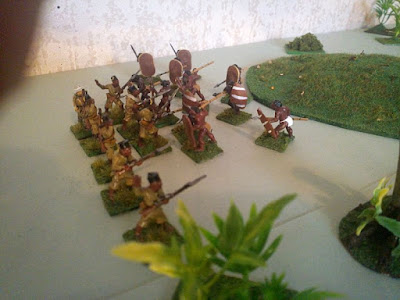 On the left the Askaris fire at the warriors on the hill but the warrios stand and launch a blood curdling scream before charging the Askari. The fight is short and the Askaris run back towards the Legion 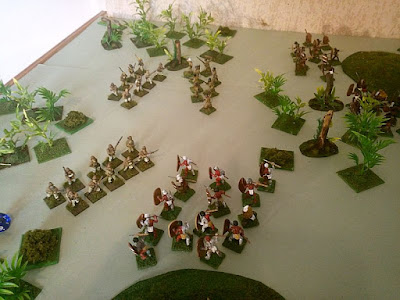 The painted warriors advance on the 1st coy, but a devastating volley sends they running back to village 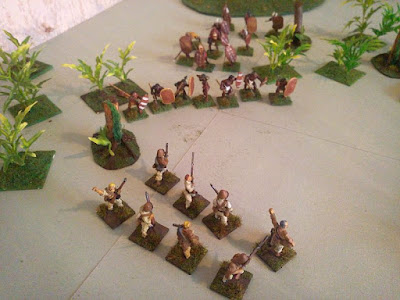 The warriors have caught the askari and destroyed them but now they face the 2nd coy of the Legion under Sgt Roche. They fire a volley and send the 1st warrior band running. however the 2nd unit charges and smashes into the 2nd coy. The fighting is brutal but the warriors overwhelm the 2nd coy and they fail their morale and rout of the table 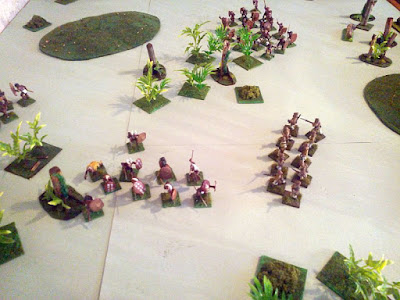 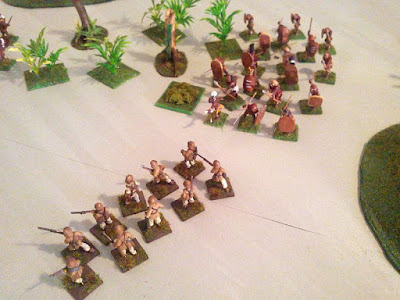 However the final unit of Red Skull warriors is running towards the Legionaires. They manage to turn and fire but the volley is weak and the warriors press home 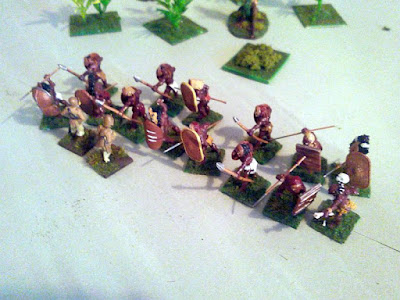 The melee is brief and bloody and only Le Clerc and pvt Jeune survive, They are captured and taken to the Red Skull village for dinner. Are the on the guest list or the menu though? They Red Skulls could be the Nemesis of the French in West Africa

This was a close run thing, a better final volley from the Legion and the warriors would have retreated, but at the final moment they failed and were defeated. The battle was fought using my tweak to the IHMN rules and worked well. Colonials need to fire as many shots as possible, natives need to get there the fastest with the mostest.