The God of the Red Skulls

Le Clerc and Jeune were dragged to the Red Skull village where King Mfalme looked at them with leering disgust. The witch doctor Mchawi cackled and danced from foot to foot. "Buibui! Buibui! Buibui!" he screamed. The chant was taken up by the warriors and the 2 Legionaires were pushed to a large arena surrounded by a thick wooden fence 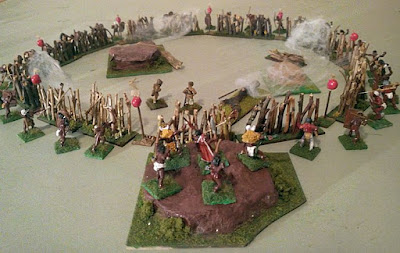 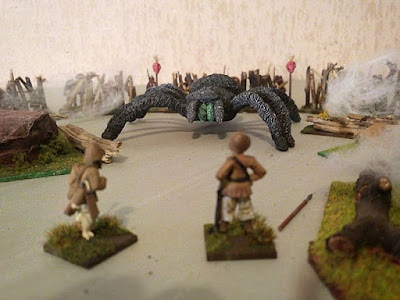 "Putain Merde" A huge spider rose up from the sand. Jeune looked at Le Clerc and said "Sir, I assume that is Buibui". Le Clerc looked at Jeune and smiled nervously. "Grab that spear and go left". I'll go right and lets kill this insect". "Sir. it's not an insect...". "Pedantry later, now we fight like Legionaires" 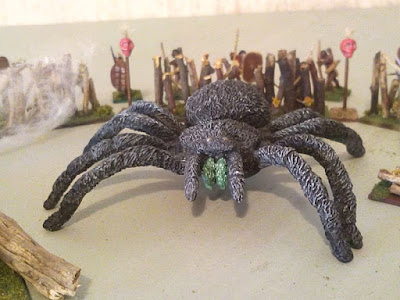 The spider shook the dirt from its body 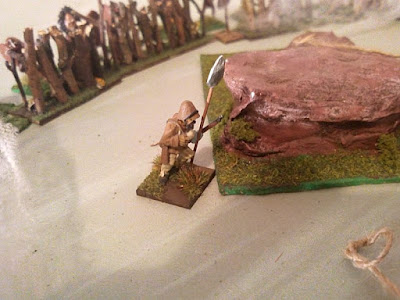 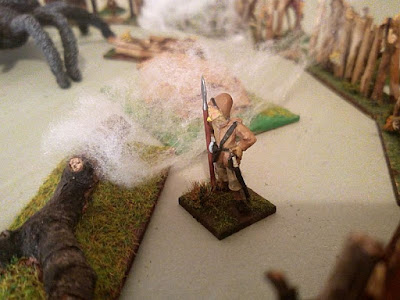 Le Clerc grabbed another discarded spear and ran to the left. The arena was covered in huge, stickly webs. 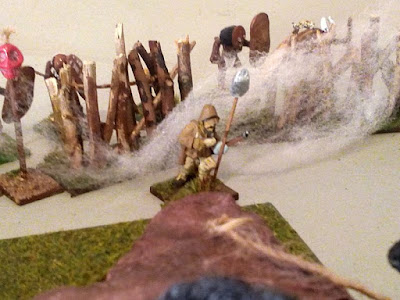 The spider moved towards Jeune and he panicked and ran around the rock, becoming trapped in a web. 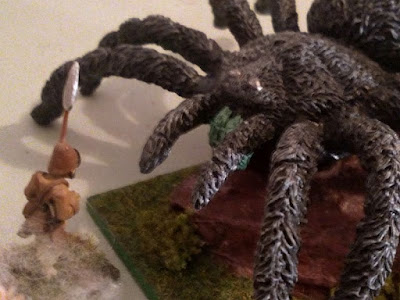 Jeune turned and stared into the mouth of the spider, its fangs dripping venom. The spider lunged and Jeune knocked the blow aside and stabbed the spear into the face of the spider. 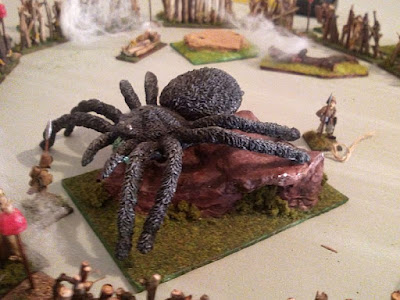 The spider lunged again and Jeune stabbed again inflicting another severe wound to the spider. Le Clerc was racing to Jeune's aid as the spider struck again 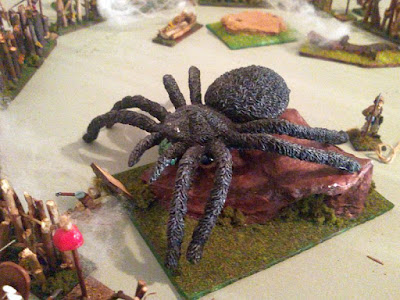 The spider attacked and sunk 2 fangs into Jeune's chest, pumping venom into his veins. Jeune collapsed, 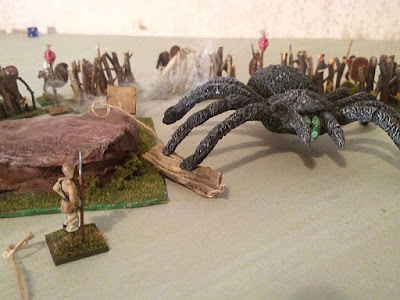 The spider turned to face Le Clerc who charged him in a rage, thrusting his spear into the spider's face and cutting through a fang and spraying venom over the arena. The spider staggered. The crowd fell silent. 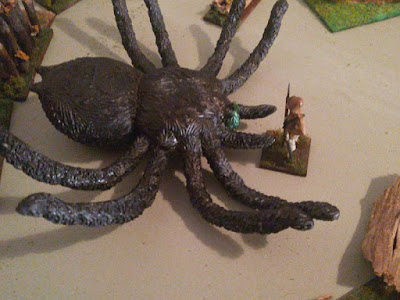 Le Clerc stepped forward and stabbed the spider through the eye killing it. 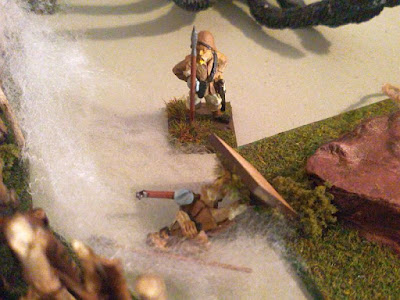 He rushed over to Jeune and found a faint pulse. Heroic Jeune was still alive. 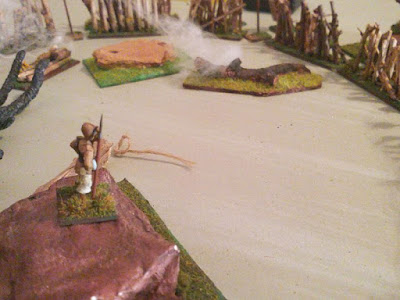 Le Clerc climbed on top of the large rock, raised his spear and shouted "Buibui is dead. Anyone else want to fight me"
The crowd started to chant "Buibui Muuaji"
The chief walked into the arena, looked over at Buibui and then clasped the hand of Le Clerc. "Friends, Buibui Muuaji".
Jeune spent 2 weeks in a fever but recovered and 1 month later he and Le Clerc emerged from the jungle having pacified the Red Skulls, for now.
Played using IHMN and with a little poetic licence at the end, Le Clerc and the spider couldn't kill each other so I allowed the spider to bleed to death. The rolls for Jeune were truly epic and couldn't be wasted. The French now have their heros