Battleground and the death of Aragorn (twice)

Today was the Battleground show in Stockton on Tees. Most of my family leave within 10 minutes drive so I spent the night with them and watched Barnsley get hammered by Notts Forest - my Brother in Law (a Barnsley boy) was mortified.
Up bright and early I blew up my Sister's electricity and scared the cat.
The show is one of my favourites, it's a nice size and usually has lots of good games. This year the games were OK with a few standouts, most looked a bit too much like a club night. I took some dodgy photos of the ones I liked. Dave Docherty was missing this year,unwell but on the mend I hear. This was a shame cos I was looking forward to fighting his 1:1 recreation of the Sudan war in 28mm😊 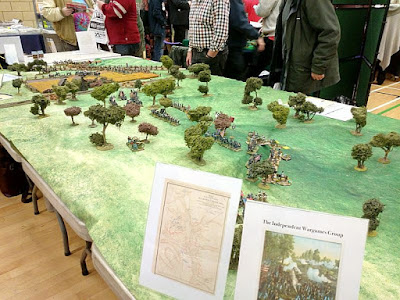 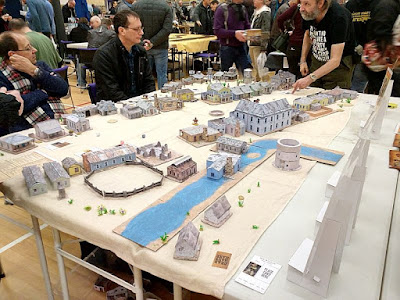 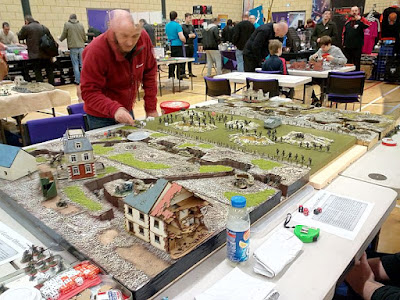 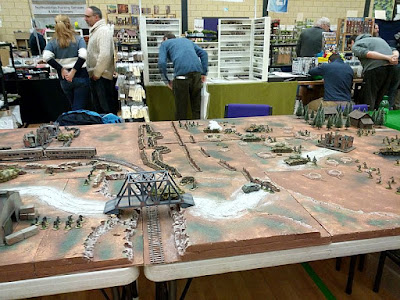 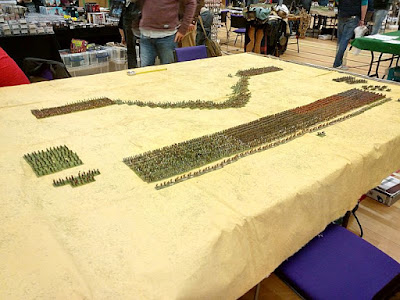 Cannae - this was huge and a bit mental - see later) 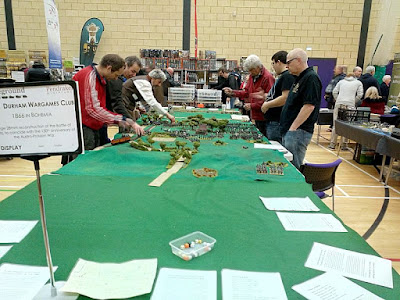 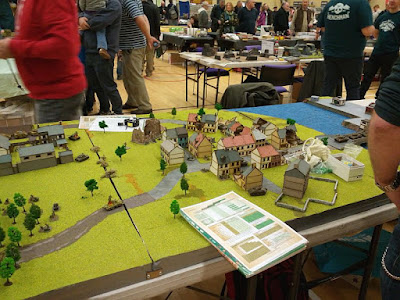 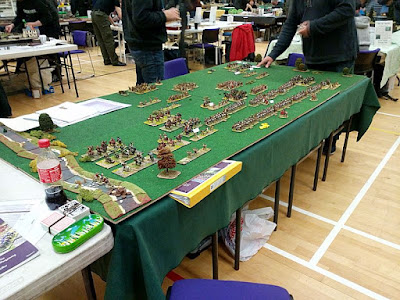 Roman Civil War - To The Strongest 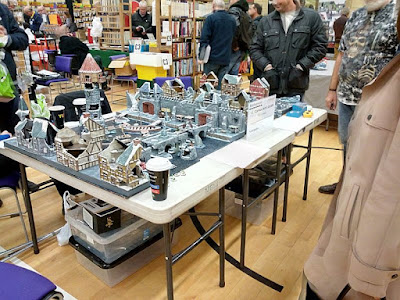 Frostgrave Participation - one of the nicest tables 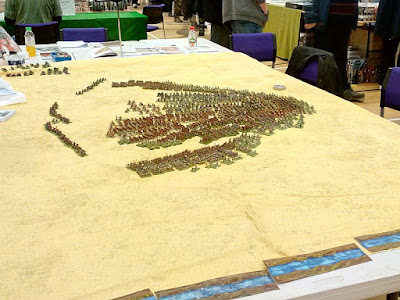 Cannae later in the day. This was going to be a disaster

I like the fact there are lots of participation games, I often find demonstration games a little uninspiring. I only played one game, although I did play it twice.. Matt Crump brought his Save the Halfling game, the final scene from the 1st Lord of the Rings Film. It's a great 30 minute game. 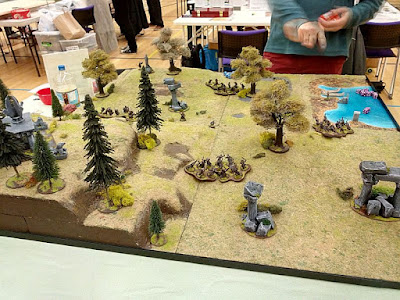 Frodo, Sam, Merry and Pipin, along with Aragorn, Boromir, Legolas and Gimli are spread out on the table and are surrounded by 4 Orc scout units. The aim, using Dragon Rampant Rules, is to get the Halflings to the canoes. The Halflings can't fight and are captured when attacked by the Orcs. Par is 2 halflings and Aragorn has never died in the scenario 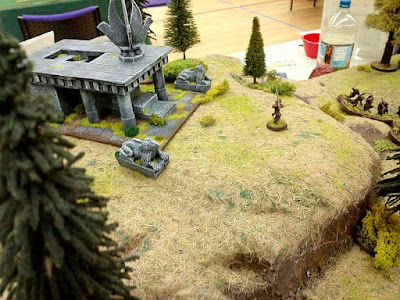 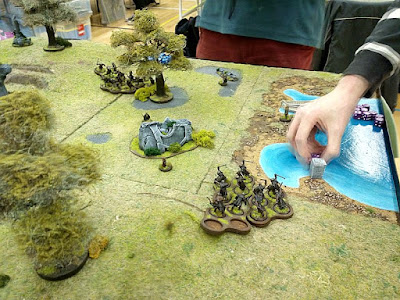 I played twice, the shots are from Roy Williamson's game not mine (he did better than me). In both games I saved 2 halflings but I did manage to get Aragorn killed both times ( I am the king of double one), an Boromir once. It was great fun and a proper challenge.
And now the Swag
The books 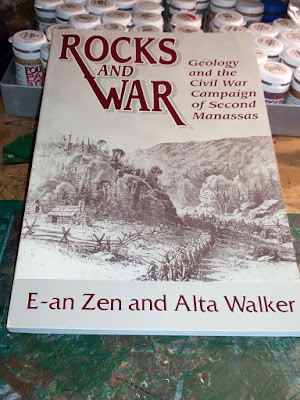 As a geologist this is intriguing 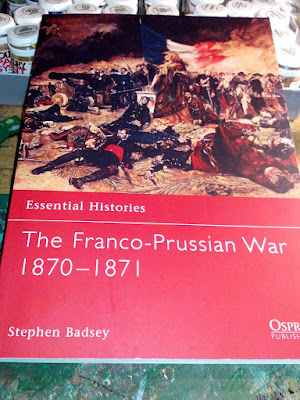 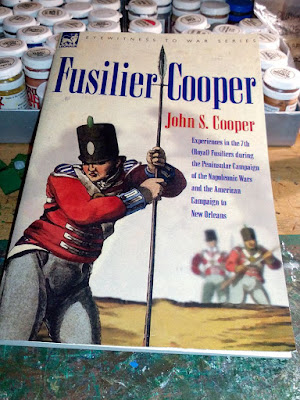 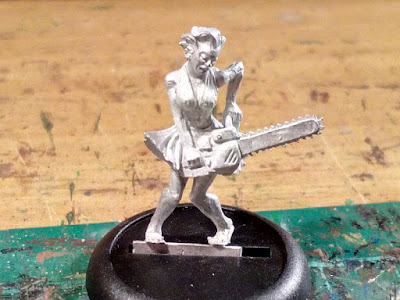 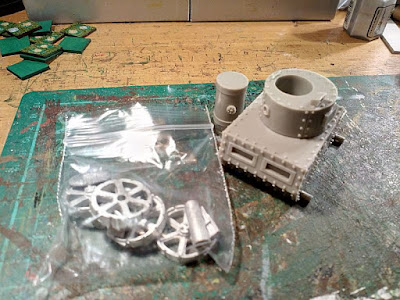 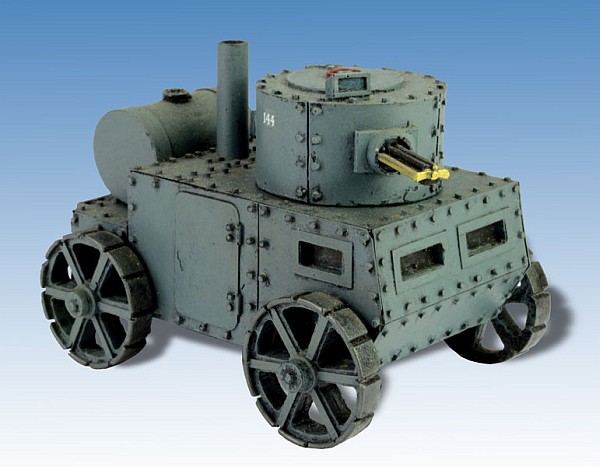 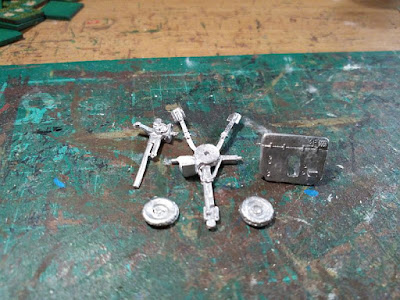 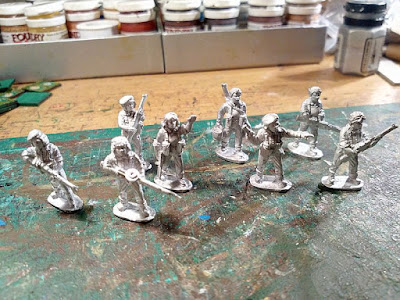 I also bought a large bag of samurai from the bring and buy (35 inf, 8 cav for £25) but they have been confiscated as a Christmas present for me), and I ordered some 10mm Prussians to  complete the divisions. There is also paint and bases but you know what they look like. 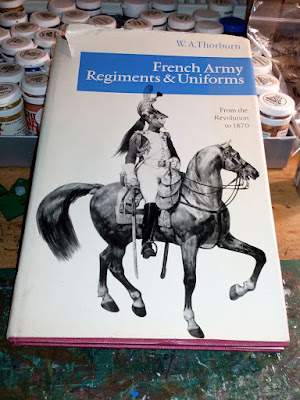 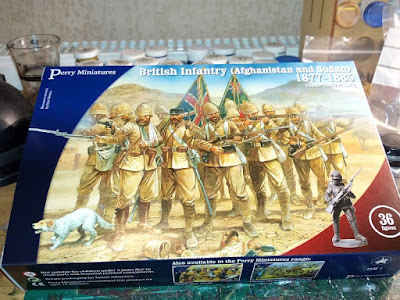 I also got this package which I wasn't expecting. After checking that I hadn't bought it while drunk I realised it's from my Secret Santa. May thanks whoever you are, it's perfect

All in all a great day. Off to prep figures now