The Analogue Hobbies 7th Painting challenge has arrived. If there are any of you out there who haven't signed up then do so it's a great laugh and full of inspiration. Paint as much or as little as you want between 20th Dec and 20th March, no pressure.
In the mean time I've painted some more Prussians, a regiment of dragoons,  3 artillery batteries and a General 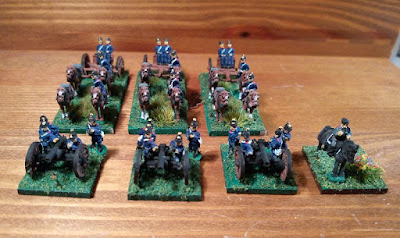 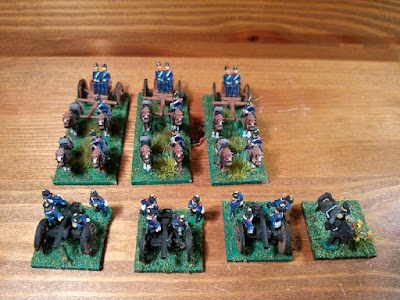 I hate painting limbers, but they are done now. Only 2 more Prussian regiments to go and I have a couple of divisions ready t fight each other. I've also found some rules on the web - Days of Iron by Adam Stone. They look very simple with some minor tweaks.

This will do to celebrate the Challenge Launch