The alarm went up through the town. "The enemy are coming". The citizens rushed to the town square where on the town hall steps Comrade Tatyana Korin was speaking to the crowd.
"Brothers, Sisters, Comrades the Royalists are coming. We must stop them or they will enslave us again. To arms Comrades".
The Citizens mustered a force of 5 inexperienced infantry squads and 1 squad of trained Postmen. They were equipped with 3 medium machine guns, a heavy machine gun, a rocket launcher (heavy mortar) and a light howitzer, whilst the fire brigade provided 2 flame throwers and an ATR. Facing them would be a fast attack column of Royalists and Fascists armed with light tanks, armoured cars and a plane. THere was no way they could stand but they would sell their lives dearly. 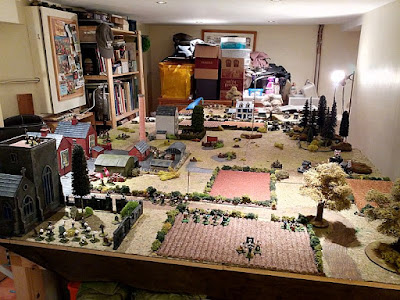 Another magnificent layout in Matt's Dungeon. The Miners me, are in the town and nearest the camera. 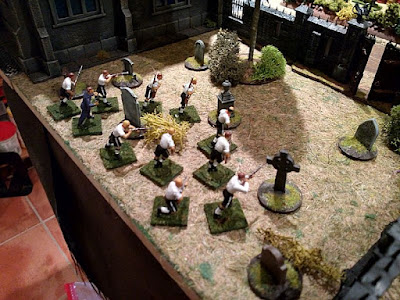 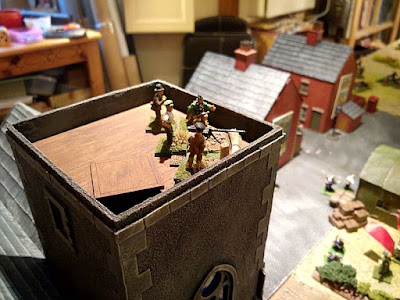 The 50 cal in the church tower 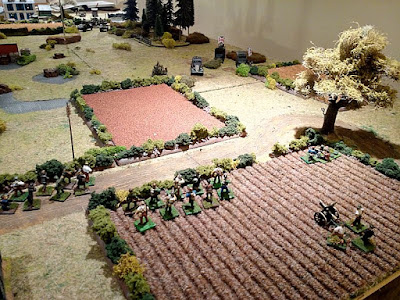 The miners to the right of the town. 1 group of fascists have entered to their front 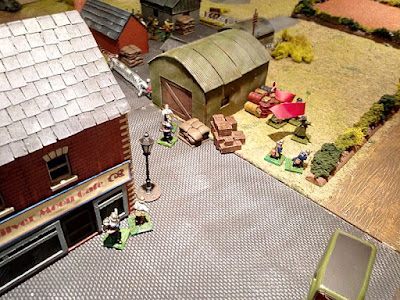 Firemen and miners in the town 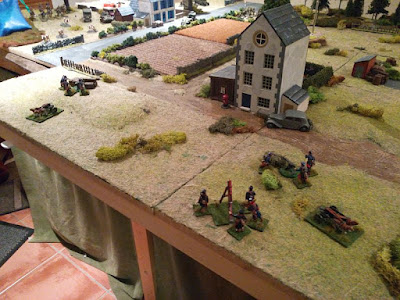 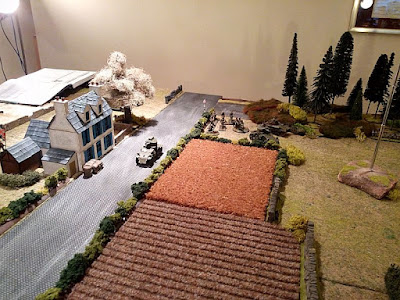 Tanks in the centre 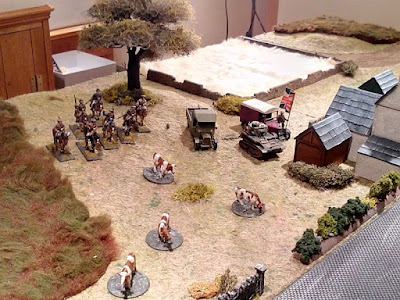 Matt launched his attack with his plane that dropped a 2lb bomb on a unit of miners causing a hit but the Post Office MMG opened fire bringing it down. Matt was mortified 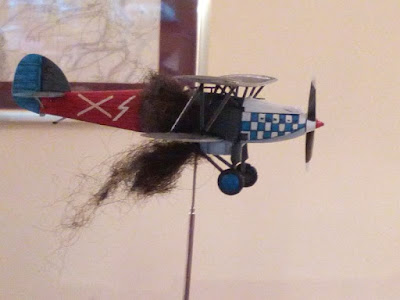 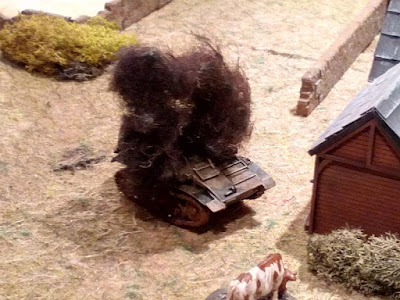 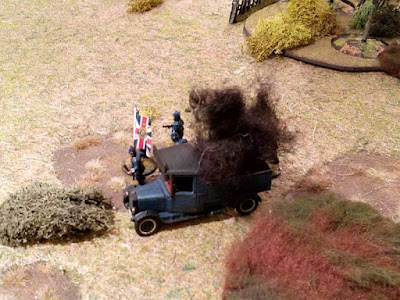 The howitzer also had a direct hit on a truck carrying the Police wrecking it and killing 3 Police. A burst from the other Post office MMG sent the cavalry running. Not bad for turn 2 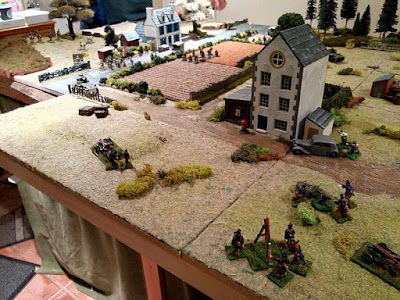 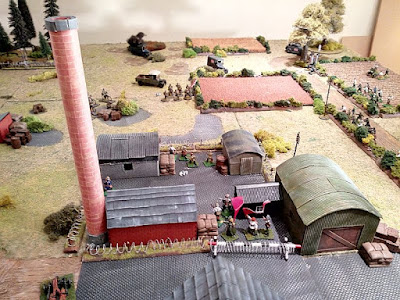 On the right the Fascists are kept pinned down by the miners who are gradually reducing their numbers whilst the howitzer takes out their AC - I'm having some epic rolls and Matt keeps drawing my units out of the bag (9 in a row in one turn). Whereas Matt's dice are, well shit. 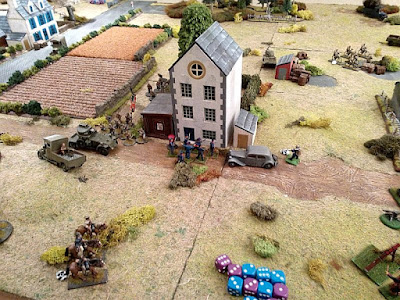 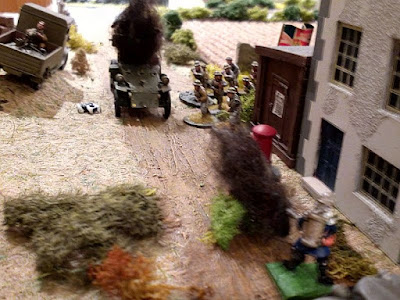 The flamethrower moves forward and hits a light tank. It causes no damage but scares the crap out of the crew who leg it. Flamethrowers are bloody marvellous in Bolt Action. It is taken out by the infantry next turn but has done it's job 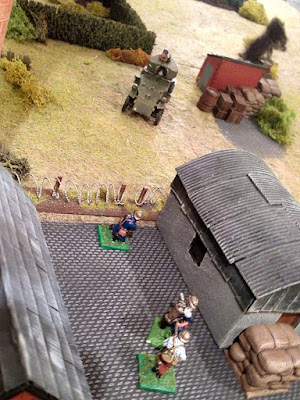 The howitzer then takes out one of the 2 remaining armoured cars. It had been pinned for 3 turns and I almost couldn't miss. The last AC advances and takes out the ATR and the last flamethrower. However the howitzer strikes again and brews it up.

I'm slaughtering the Royalists and I'v nearly won but the chance dice causes one of my covering infantry units to charge the nearest Royalist infantry where they are killed. Luckily they inflicted enough casualties to render them useless. Matt is now reduced to a few ineffective figures whilst I have 3 full squads, a howitzer and my HMG still left to hold the town.
It is a glorious day for the Revolution. A resounding victory in the end but I nearly blew it in the middle. I was too passive after my early successes and allowed the dice to cold on me. Luckily they came back at the end whereas Matt had terrible dice, especially for morale testing so he spent much of the battle pinned while I shot him up.
I  had a great day, Matt is a great host and puts on a brilliant table. It how I always imagined wargaming should be. He also provides posh lunch, the type where you get soup from cartons not tins.
I can't wait until our next battle - maybe something different