Whilst putting away the Northumbrian Army I decided to rephotograph them all as individual units and they will appear at the end of the blog. First up the miners. These are a collection of various unions united to fight fascism and to be blunt posh patriarchal types who think they know better. The Miners Collective exists to the North of Newcastle

The Postal workers including 2 rockets. One of these is a very old Citadel Nippon rocket, the crews are Northstar Franco-Prussian War figs. I have just ordered a couple of units to expand this force.

2 mortar crews, mortars are home made out of a Biro 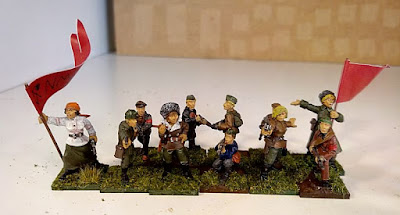 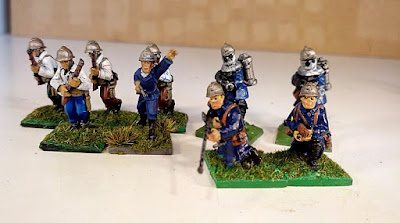 The Fire brigade armed with flamethrowers obviously and an ATR 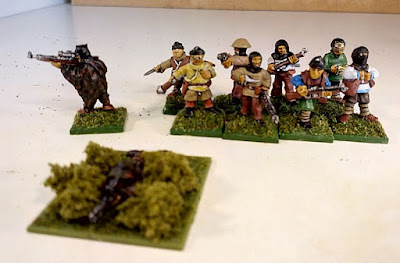 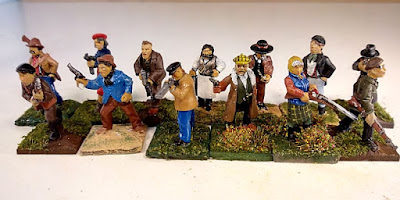 General Militia- these will fight for whoever needs them, although they may decide to rise up and kick all the other sides out of their county 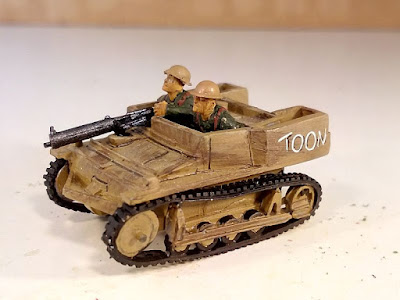 The miners aren't really equipped for the offensive but will be adept at raiding and defending their turf.
Next up the Northumbrian Army force of Lord Percy 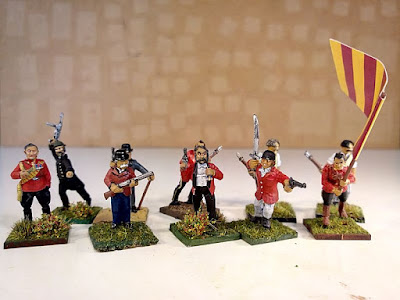 The Hellfire Club of Lord Percy, the nobility and their retainers - at least 5 different manufacturers

Lord Ridley's Estate - all my figs in bowler hats

Which leaves me the Anglican league to paint, I have a really smart idea for them and I've bought the relevant figs. Hopefully I'll paint most of them this weekend.
Forces need songs. Miners should be this , Can't think of a Northumbrian one at moment, Northumbrian folk music is mainly played on the pipes and is haunting not stirring