So I had this idea for a VBCW fast attack force. I've been developing an Anglican League force to be mainly composed of regular types (I have no regular soldiers in any of my forces and that seems wrong). 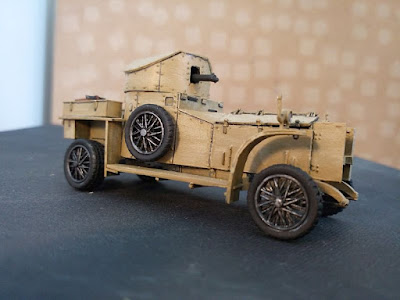 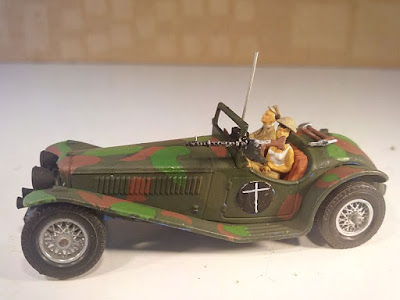 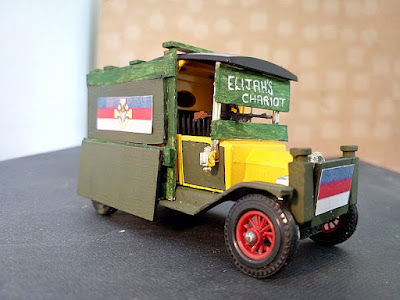 An uparmoured bread van (again a die cast model with wood and plate armour and a Bren gun. This will hold a squad. 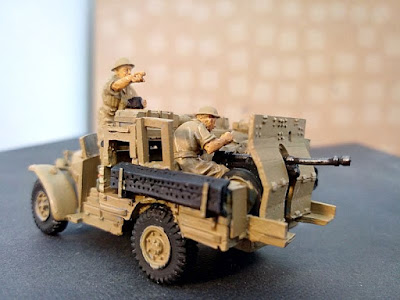 This is a Perry Chevrolet 37mm portee AT gun. This is a lovely model. Bolt action rules give this a 360 degree arc of fire which is nice 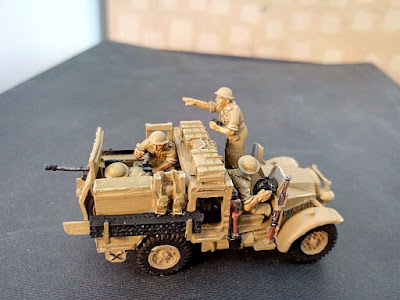 So good I photographed it twice 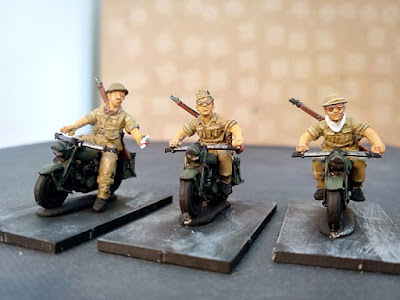 3 Perry motorcycle riders, good when you need a little more fire power in that important spot 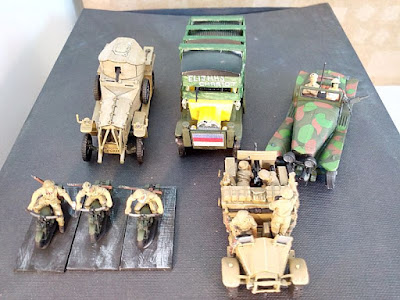 Finally a group shot. I think this unit will be really good with lots of fire power and speed

To the Brits make sure you vote today. There was a man on the TV at the last election who said he would only vote when we had proper  democratic representation. Obviously he was an effing idiot. Don't be an effing idiot vote.