Anglican League Fast Scout Car and a pond, oh and some hedges 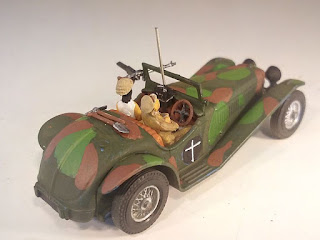 I did a camo paint job and added a radio (forgot to paint the aerial), an LMG (ammo feed is on wrong side but who cares). The 2 figures are white plastic figures from the art shop you know the sort that  get added to models of buildings. Little large (32mm) but they fit in the car very nicely. I just added some hats. 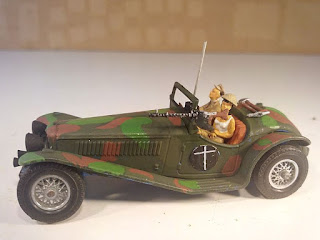 Looks a little basic but does look very fast, idea for scouting and hit an run attacks

I recently saw a link to this tutorial on a blog (can't remember whose blog). It uses Poundland Epoxy Resin to make water effects. I've used the Poundland stuff before (I use their PVA as you get loads for £1 and it works).
So as a trial I made this pond (I've never used any form of "modelling water before). The trick is to paint the base the could you want for the water - I used a green brown. The pond too a whole tube of the resin - they don't seal back too well 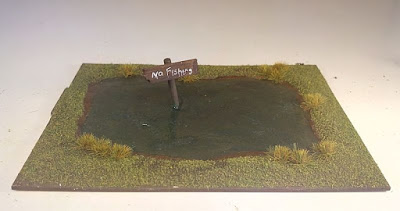 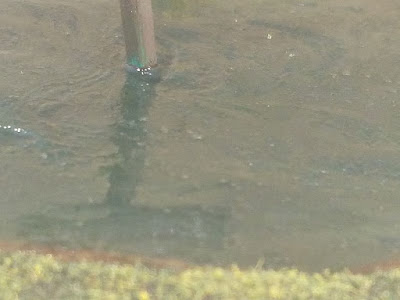 Finally I made some hedges out of pan scourers which I flocked. If only Poundland knew what their stuff was used for