Old Guard Day and some Self Gifting

Yesterday the Old Guard met up for a fun day of gaming and ribald humour. unusually for us we played a large number of games instead of one big one. 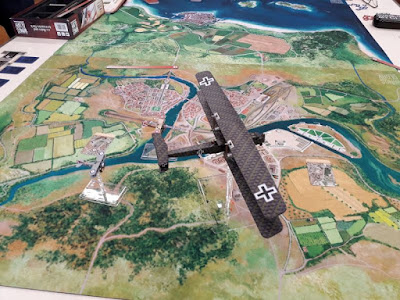 Pete brought WW1 wings of glory and John got to play with this ridiculously large German bomber, can't remember the name. Compare it with the fighter next to it. I really like this game. John didn't get shot down, but thanks to the valiant sacrifice of me an Stu missed both bombing targets 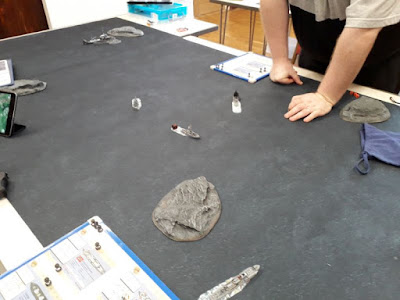 Cruel Seas, didn't get chance to play this. looks OK but not convinced 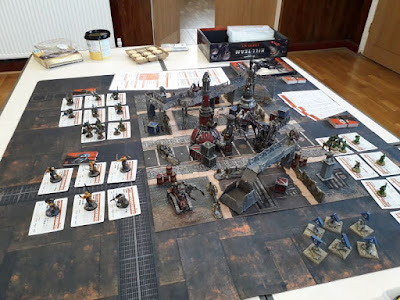 Kill Team. Stig ran this and I played twice. It's a good laugh 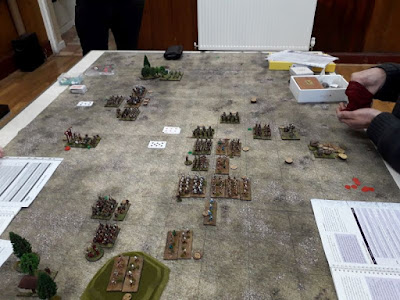 Pete and Stu also played a To the Strongest game, need to play this

I've also done a bit of shopping. Went into town today to buy Necromunder from Boyes but my nearest one didn't have it. But I did buy some random buildings from the charity shop next door 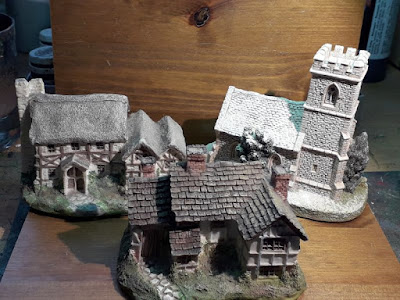 Random 10mm and 15mm scale but from Lilliput Lane, proper Old Lady ornaments but only £6 for the lot.
And then there is the internet. 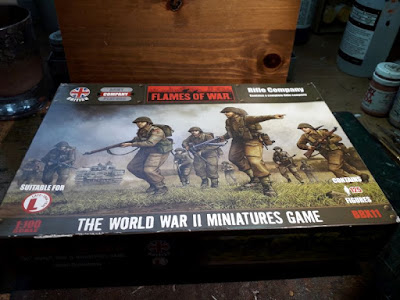 Battlefront Flames of War British Infantry Co. Bought from Wargames Store for only £28 inc P&P. Not bad for 125 metal figures and bases. These will become 48 Commando, or who ever my Grandad was attached to in WW2 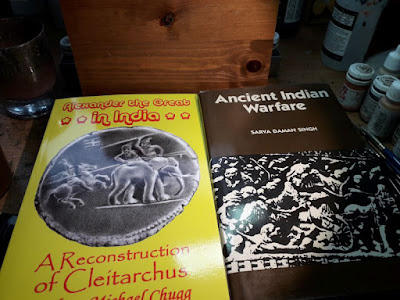 Couple of books on Classical Indian warfare. These are both very academic and the one on the right is very out of print and I paid £30 for it 2nd hand. Must be Christmas.

Back to the Challenge and more painting