Clearing out the painting desk

With the challenge about to start I thought I'd finish off some of the things that had been started, Dave has been doing this and it's a good way to get back into painting.
First up a couple of crappy elephants from ebay, the home of poorly sculpted miniatures. We have a large hail caesar battle coming up and these will be useful. Also my Pontic army will double as almost any successor army so these are a good option 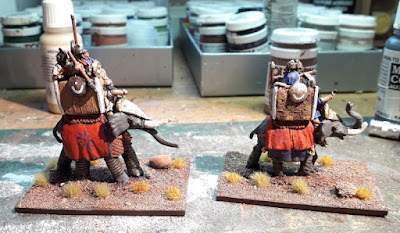 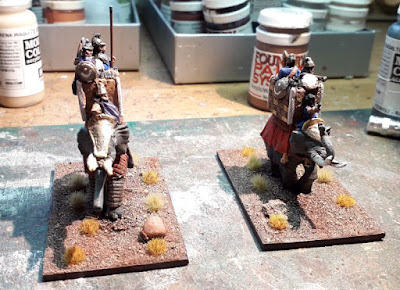 These are different sizes and came in a pretty bashed up shape, had to add a trunk to one of them but they will do. Based up on 40x60 so can be used for Impetus or any other rule set
I have a minor WW2 addiction caused by James. I picked up a load of german infantry from him and have been looking at them for ages. I've just finished by 1st platoon. I'm using them as Normandy based Fusiliers, far too many SS and paratrooper units out there. It often seems to me that the entire of WW2 was fought only using elite troops.
These are 352 regiment and have a lot of MGs, each base is an MG Rifle section. I done a platoon with officer up graded to a Panzershrek . Also done the company commander and 2IC 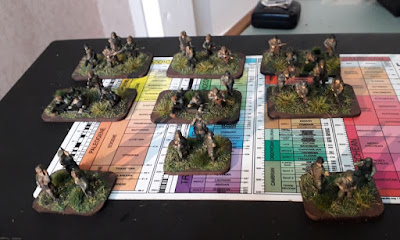