Christmas Presents and news of my Grandfather

So I've spent the last 3 days with my family celebrating a very nice Christmas. Apart from the usual fun and games and a comedy amount of food I got a very nice present, I'd actually bought it myself and them deposited with my family to give to me 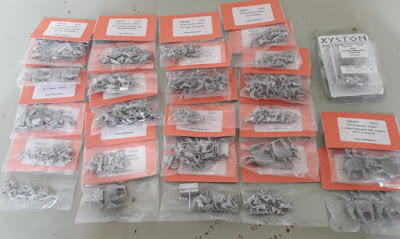 It's a complete Classical Indian Army that I got from Col Bill. I've always wanted one and have about 220 foot, 36 cavalry, 5 chariots and 9 elephants. The figures are Essex, not the best but perfectly serviceable once painted up, and the elephants look really good. I added a blister of Xyston Indians to act as command figures. Should keep me busy for a couple of days.
I also did some post christmas internet shopping and am awaiting a couple of books on the indian army and Alexander. I also bought a Flames of War late war British Rifle Company for a knock down price from Wargamestore  (40% off). I bought these because of this.
My Grandfather Harold Cooke died over 20 years ago and almost never talked about what he did in the 2nd World War. We knew he was a Royal Marine Commando and that he lost a lot of friends in the Raid on St Nazaire. We knew he didn't go on the raid as he had caught malaria in Africa and the last thing you need on a Commando Raid is one of the guys coming down with a malaria attack mid raid. About 12 months ago my Dad was going through Grandad's papers and found a diary from 1944 when my Grandad was stationed in Egypt and then in Sicily before returning to UK. The contents were very sketchy but there were comments about meeting with Yugoslav families (don't know if this was in Egypt or Yugoslavia.
My Dad has been having a further dig around and has found out a couple of things more. My Grandad was in 48 Commando (Y troop we think) and his unit landed with the Canadians at Juno on D-Day, a disaster for his unit as they landed too early and took a beating. Prior to 48 Commando he was in 7th Battalion RM. This unit was generally assigned to naval defence and prior to Egypt he spent a short time in South Africa. This explains the following photo that my Dad found. 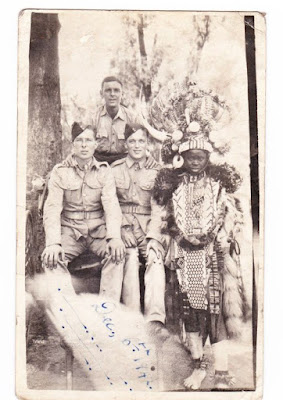 My Grandad is seated in the centre, next to the Zulu warrior. This is a very cool photo and is now on my wall.
With this information now I plan to do more research and will make up a Commando troop for Flames of War.
Also it is the IX Analogue Hobbies Challenge and I am in again. I've made a bright start 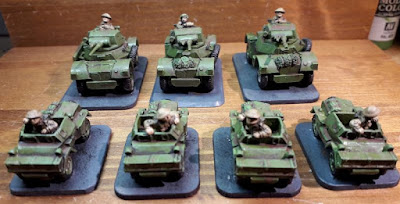 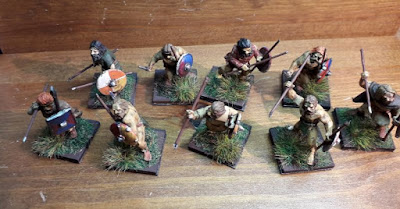 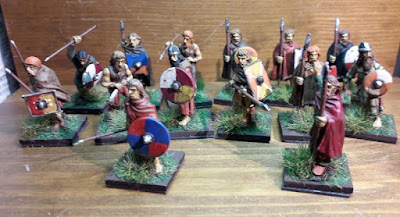 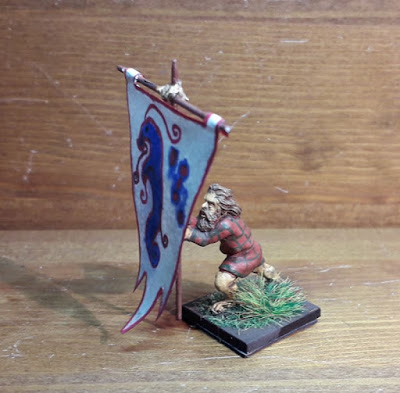 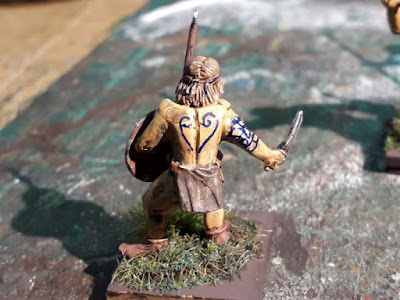 Sarissa South Sea Dwelling, for the Hammerhead game in March 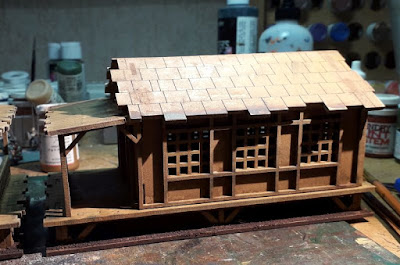 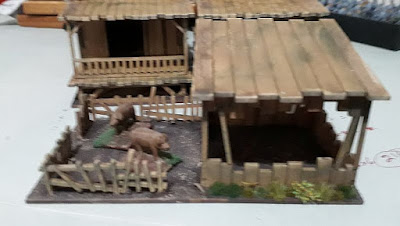 Right I have some prepping to do