Melanesians and a Ballista

Starting to get my mojo back and so painting has occurred. Next spring we are putting on a participation game at the Hammerhead show, my 1st real attempt at this. We are planning a South Seas pulp adventure with captured damsel needing rescue, heroic sailor types, dastardly Kreigsmarine, magnificent monsters and noble savages. All are already painted except the islanders.
Who does the best pulp figures, Pulp Figures do. 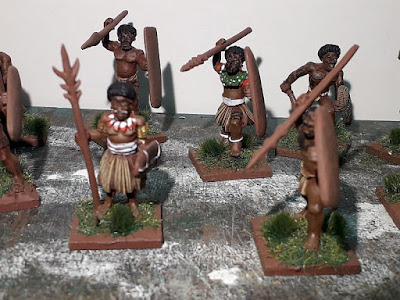 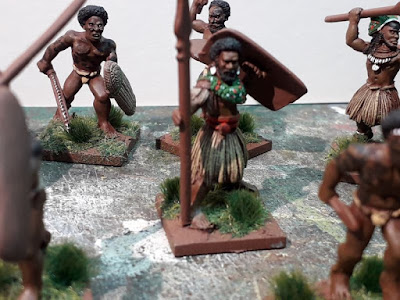 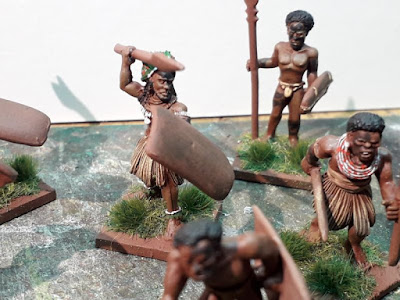 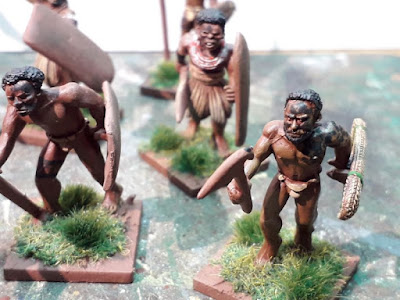 I also painted a Ballista. I met the author Harry Sidebottom at the the other Partizan, he's often there selling his books. He's a thoroughly nice chap and I love the books. I bought the 3 I was missing that are prequels and introduce as a side character the hero of the main series. The Romanised Angle Marcus Clodius Ballista. He has a model of the figure that he gives out, made by Aventine (I think) and he's a nice figure 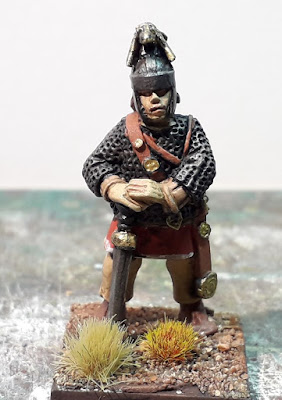 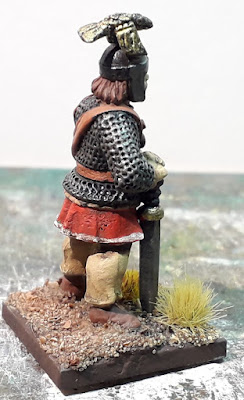 I've also bought my Christmas present which I will pick up at Battleground on Saturday. It's an entire 15mm Classical Indian Army by Essex via Col Bill. Always wanted one and it will give me something to complete for the Challenge. It has 9 elephants, that's a lot of elephants