After a glorious day of sunshine and DIY I settled down to play the reverse side of the jungle hex tiles and have a modern type of adventure in a cave. Think Scooby Doo with extreme violence. I used a D10 random encounter chart for each tile entered, no ambushes from the jungle here.
The rules were simple, shooting 1st, 5 or 6 kills, automatics fire 2 shots and weapons in both hands fire equally. Hand to hand is simultaneous with highest score on D6 winning, if by 2 then a kill, chainsaws have 2 attacks with highest dice counting, again 2 weapons equals 2 attacks with highest counting. If one of our heroes is hit then roll D6 - 1,2 KO'd next turn, 3,4 broken arm, can't use 2 handed weapons or 2 weapons and -1 to hit in combat, 5,6 DEAD.
Game ends when heroes are dead or treasure is found (10 on D10 encounter roll)
Time to meet our heroes (actually heroines) 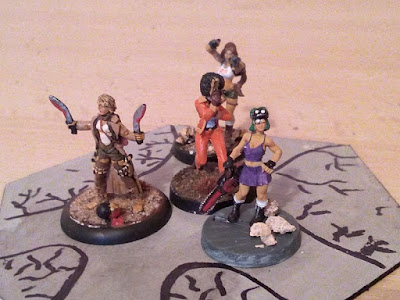 From left to right Alice (2 automatics and 2 Kukris), Pam (automatic), Lara (2 automatics) and Daisy (Chainsaw). They stand at the cave entrance and have 3 possible routes, Daisy and Pam  go left and Alice and Lara forwards. 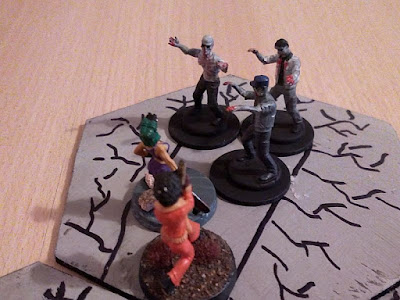 Daisy and Pam find a dead end with 3 zombies. Pam fires her gold-plated automatic and kills a zombie (needs a 6 to get a head shot). Daisy swings her chainsaw and sparks fly as she catches the wall and misses the zombies. Pam shoots again and kills another zombie. Daisy gets her act together and decapitates the last zombie. Section cleared but nowhere to go 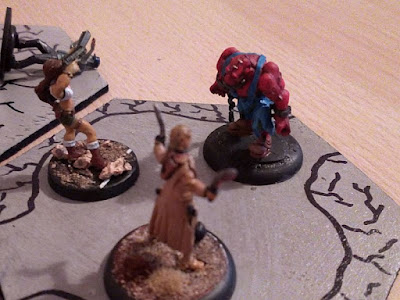 Meanwhile in the other cave Lara and Alice are facing one of Frankenstein's monsters. Lara fires both her pistols and scores 2 hits but the monster just smiles. The monster charges and with 1 punch smashes her into the wall killing her instantly. A shocked Lara fires at the monster and kills it (it takes 3 hits to kill the monster) 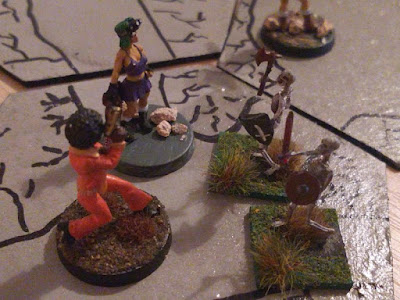 Pam and Daisy retreat to the entrance and are charged by 2 skeletons. Pam fires and misses but Daisy steps up and grinds one of them to bone meal. "there will be flowers there next year" she quips. The second skeleton steps up and attacks Pam who cold cocks it with her pistol butt and it crumples to the ground 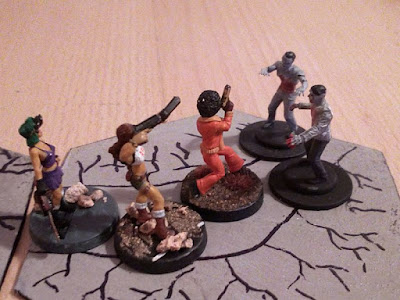 The 3 remaining adventurers advance into caves and face 2 zombies. Pam fires but only wings one. Lara pops round the corner and kills one but the other steps up and attacks Pam who spins and delivers a roundhouse kick to the Zombie's head sending it bouncing across the cave. 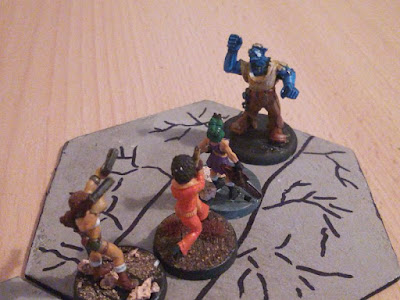 Further on into the dark and another of Frankenstein's creations appears. Pam fires over Daisy's head and scores a hit (it's a good job Daisy is short). Pam ducks and Lara fires and scores another hit but the monster is simply enraged and attacks Daisy but she rolls away and watches as Lara puts another round into the monster and it collapses dead (again?) 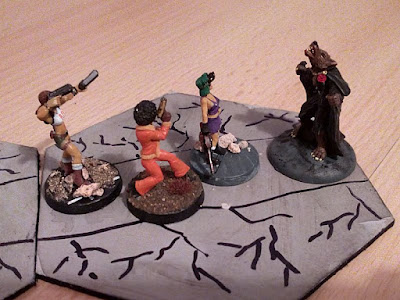 Further on, where is that treasure. Now its a werewolf and the girls have no silver bullets. "I've got this" says Daisy and she advances and sticks the chainsaw into the beasts gut. "Who needs silver when you have Husqvarna" 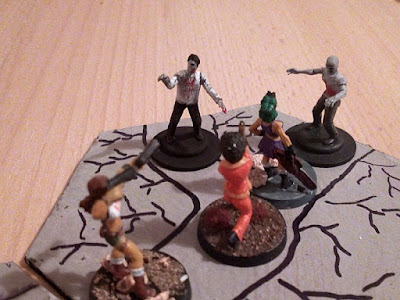 More zombies are quickly dispatched by Daisy and Pam 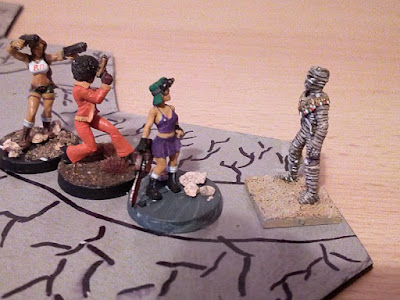 As they advance a mummy reaches out from around the corner and grabs Daisy round the neck, breaking it and killing her. The shocked Pam and Lara fill the mummy with lead. 2 down and no sign of the treasure. Will Pam and Lara make it. 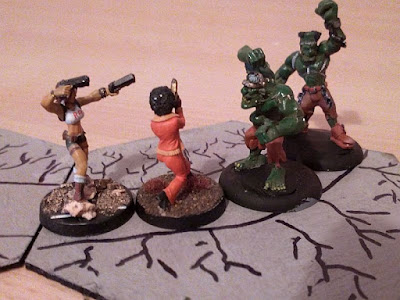 "This is bad, very bad". 2 more of Victor's boys appear. Pam fires but her gun jams. Lara opens fire but only wings the front one. The 1st monster attacks Pam but misses. Pam fires again and again it jams "useless piece of crap". Lara fires again and scores another hit but the monster lurches forward and swings at Pam. It misses. Desperately Pam thrusts her gun into the monsters gun and pulls the trigger. It fires and 2 shots tear the monster apart. Lara immediately fires at the 2nd monster and hits it twice. But it reaches over, grabs Pam by the hair and throws her up into the roof and then smashes her down onto the ground killing her.
Lara kills the monster with a shot to the head. 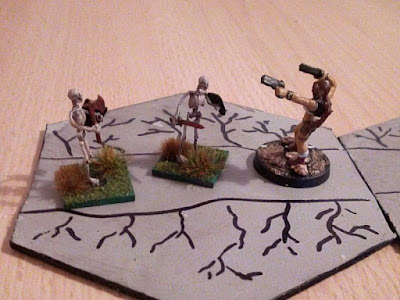 Lara is alone, that treasure had better be near. 2 skeletons A jittery Lara opens fire and misses. The skeleton attacks but Lara dodges and shoots the skeleton. The 2nd advances and Lara pistol whips it to the ground 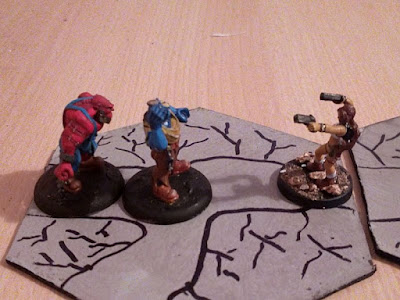 "Shit! Shit! Shit!" 2 more monsters. Lara opens fire and misses. "How can you miss something so big" Could this be Lara's epitaph. The monster attacks but Lara is quick and dodges. In a panic she shoots again and hits only once. The monster lands a colossal uppercut which lifts Lara into the air and she falls to the ground dead.

This has been a really long post but I had a real blast playing this game. The rules were really close to being spot on, I could give the heroines some martial skills for example. The main problem was that the treasure was too hard to find - a 10 was needed on the encounter roll. Oh and the monsters were proper hard to kill, Maybe they should be

Email ThisBlogThis!Share to TwitterShare to FacebookShare to Pinterest
Labels: Hack