So I've had a busy month off, back to work on Monday. I feel suitably refreshed and have done quite a lot of things, saw the new Star Trek movie yesterday and it's great. I've done little gaming and not posted a lot, despite this I've hit over 2000 hits this month, thanks to lots of simultaneous hits from Russia, I suspect mechanical men. I'm still counting them.
I've finished the Hack rules and will post them shortly but over the last few days I've been assembling the Pyramid floor plan I bought from RGPDrivethru at the suggestion of Michael Awdry. I cut them out (1 evening) and glued them to 3 mount boards that I picked up cheaply 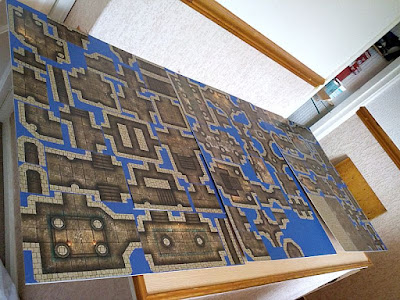 Cutting them out took 2 more evenings and lots of Stanley knife blades. They look great but a little flat. So I decided to add some 3D terrain 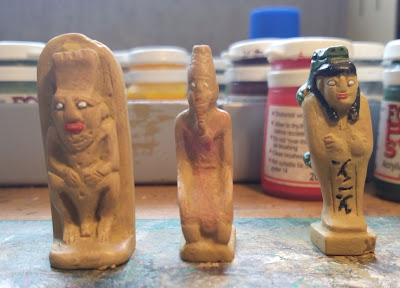 Resin statues I picked up at Partizan 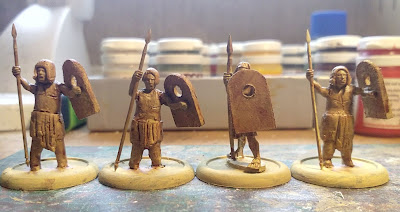 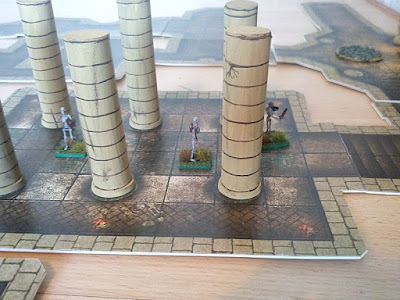 Pillars made from plastic pipe with some Skels for company 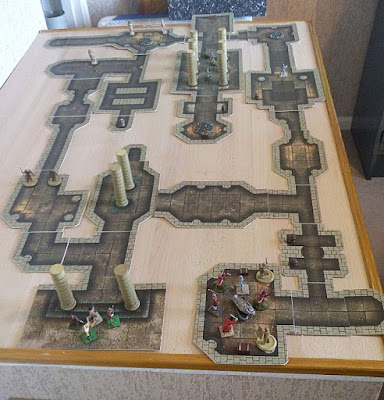 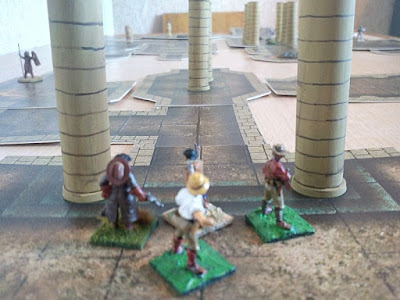 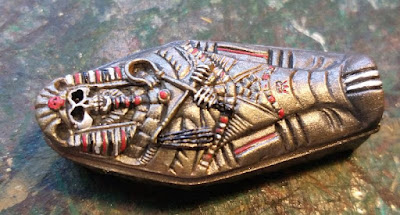 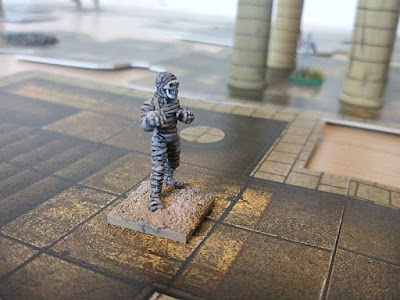 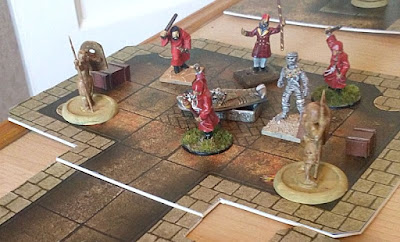 Finally no Egyptian pyramid is complete without swarms of Scarab Beetles. I didn't have any but I had an idea

Next job is to fight the encounter, may use the Hack rules or IHMN
This song has been important this week