Pyramid of Doom - It's never the Pyramid of Bunnies is it

I now have visions of a rabbit gymnastics team - sorry.
A rainy Sunday, England thrashing India at the cricket, obviously time for paining. I'd bought this pyramid from Amera Plastic Mouldings and it's suitably big 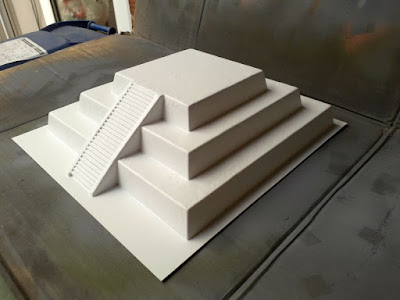 I can use it for loads of things and me and the rest of The Old Guard are running a participation game at Hammerhead next year. This could be the focus of our planned game.
I needed something to make it pop and thought about hieroglyphs, you can buy really cool hieroglyph printing blocks from USA, only £4 plus £12 p&p for a 3 week delivery time. So needed a new plan.
I use skull shaped beads as casualty markers and used one of these to make plaster skull faces which I used to line the walls of the pyramid 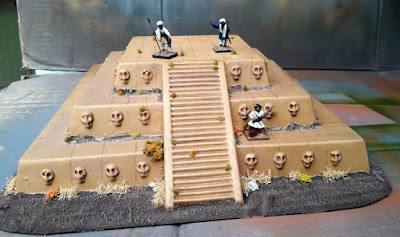 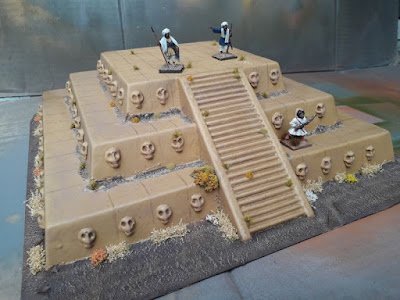 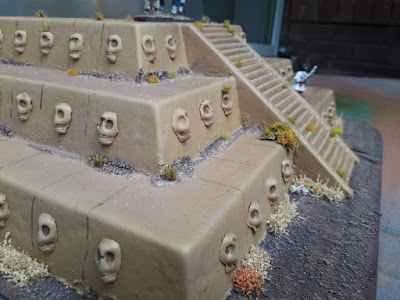 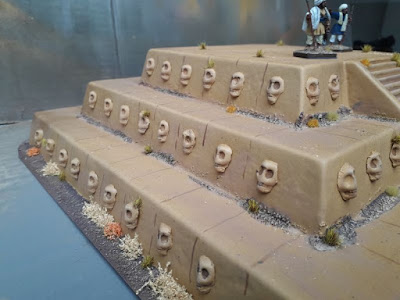 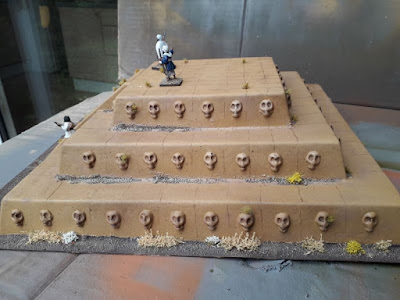 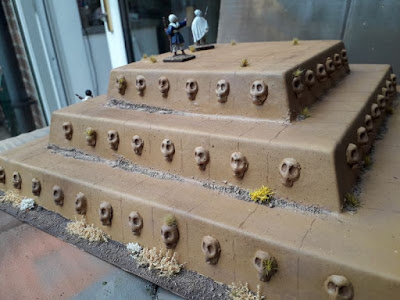 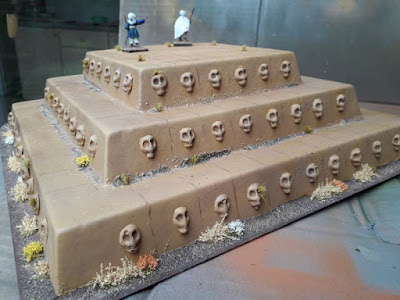 except for the back which I covered in skulls like the other sides.

Annoyingly I only have very green flock so I used lots of tufts to make it look a little overgrown. I even stuck some growing out of the eyes of the skulls. I didn't coat it with sand, don't think it would have worked as well for this than for the houses, it's not an adobe pyramid
Overall I'm really pleased with this. I will look out an altar and a small building for the top. If different faces I could have used I think that would have helped with the overall effect