Painting is hard in summer

I have done some painting for the first time in a bout a month. The weather is lovely and the world cup is on, we are quite good this time, 1st time in 28 years we've not been a bunch of overpaid lawn fairies. It's been an awesome world cup
I've not done much, the 15mm Pontic army is progressing and needs a break in the weather and a holiday but I've not been painting them
I bought some figures from Hasslefree - my favourite figures and i may be running out of figures to buy from them. I plan to play Necromunder, I might even buy the rules. I've got a weird gang of armed animals, you know the thing; Dogs, Pandas and a Duck Billed Platypus. I needed to law enforcers / evil forces of the political industrial complex. 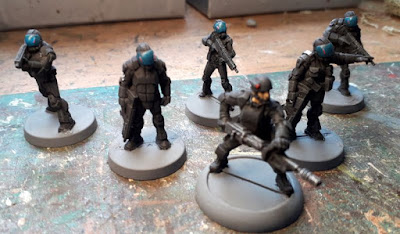 As usual photography is poor as lighting is rubbish. 5 power armed troopers with assault rifles and a heavy weapons specialist taking time out from Aliens. All in black 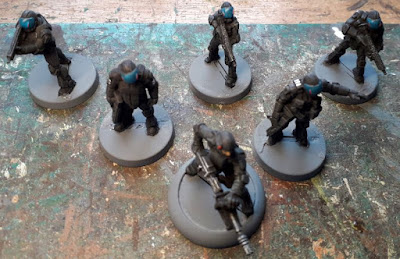 The big thing recently are the massive ACW games me and Matt have been playing. I was short of brigade commanders so a little order to Perry and I have 3 Union and 3 Rebel generals 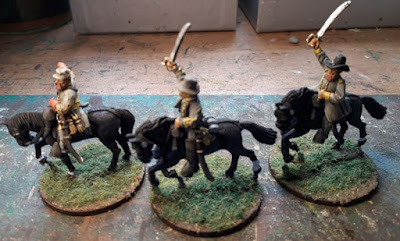 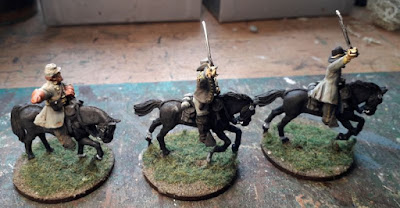