The Battle of Postling - Operation Sealion, or the one with only 5 sided dice

I went over to the dungeon this weekend to play an operation Sealion battle with Matt. The Germans are approaching Folkstone on day 1 and it's Matt's 14 battle so far, and my 3rd I think. The Germans (Matt) were racing to encircle Folkstone and had to pass the village of Postling. The Brits (your plucky hero Me) raced into the village to stop the Germans. What followed next was a debacle on an epic scale. 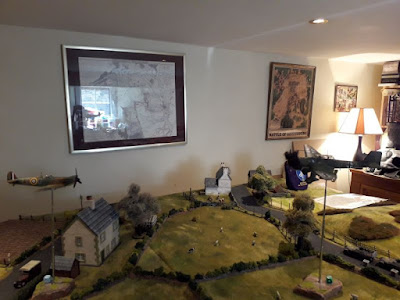 A Spitfire and a Stuka engage above the battle field 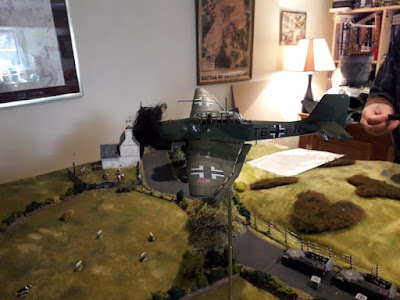 I instantly smoke the Stuka and have total aerial domination 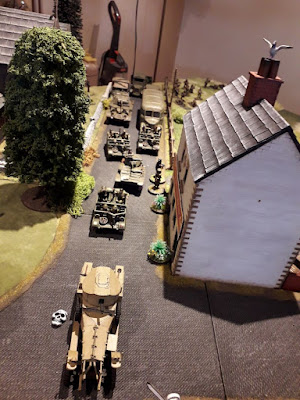 The Brits pour into the village. A rag tag bag of whatever can be mustered on short notice 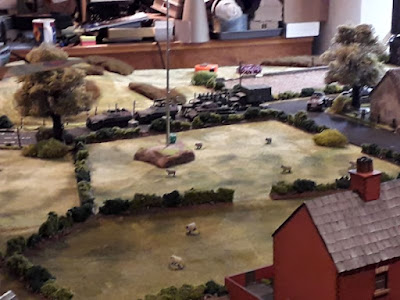 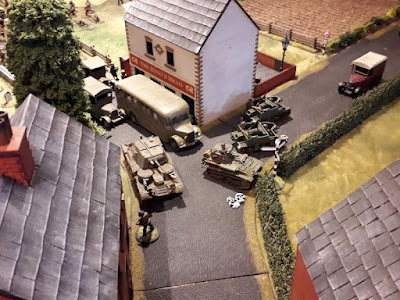 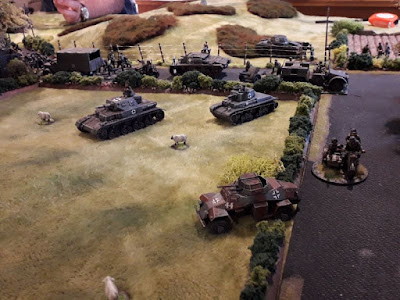 The Germans debus and turn across the field. They have Stug, a PzIV, Jadgpanzer, PzII and a Pz38 plus armoured car and Hannomags. The plan is to slaughter my tanks and then use the infantry to clear out the village. Easy 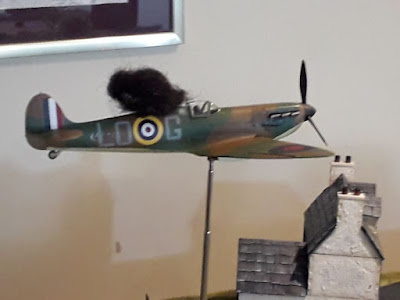 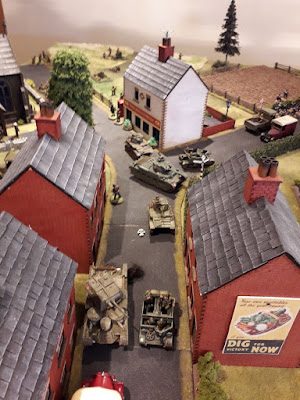 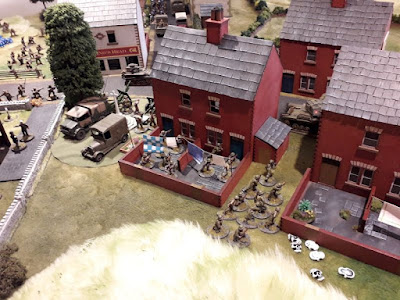 Lots of strength in depth but none of it very strong 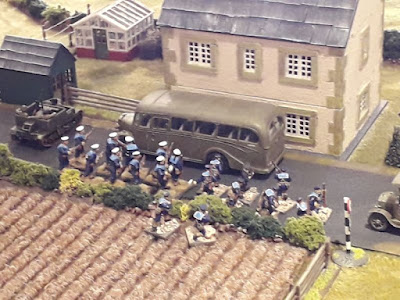 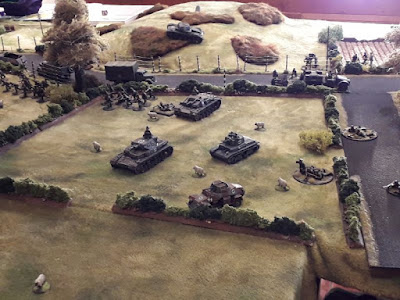 He come the Germans 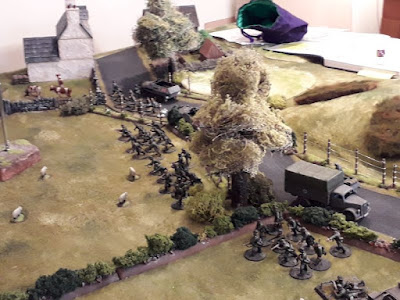 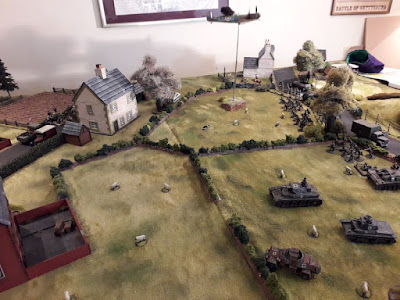 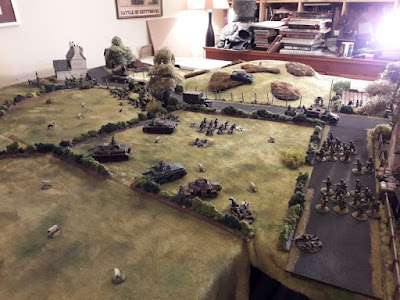 Luckily there are more Germans - Paratroopers (can't spell fellshumjaeger - told you). Matt however is having a total shocker and can't kill anything. All my armour is still swinging and mowing down the German infantry 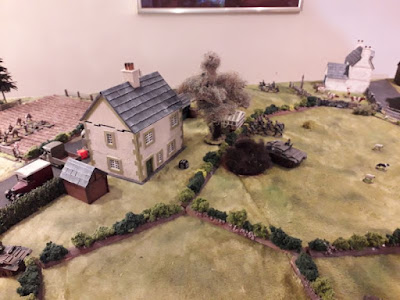 Under cover of smoke a unit of Germans makes it to the hedge line supported by the Stug. A chance event forces them to attack the house where they take the ground floor from the Vickers and trap a heavily pinned unit of sailors upstairs 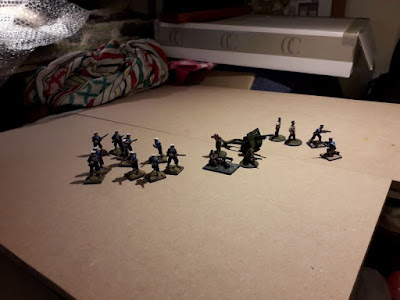 4 hours in and this is all I've lost 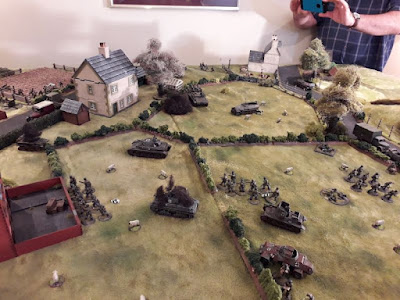 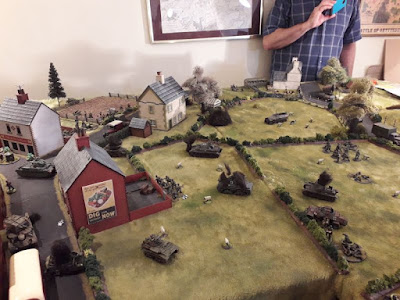 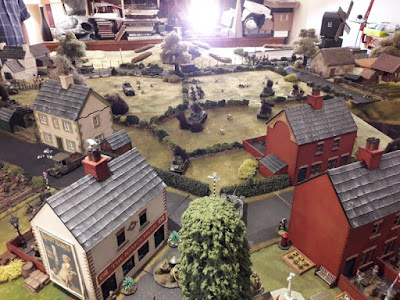 The German Paras have made it to the village but are going no further.

That was the high water mark for the Germans and it's a significant victory to the Brits. Postling is saved and maybe Folkstone. As always it's a great day at Matt's but this one was frustrating and the armour was impossible to kill. We both cheered every destroyed tank and bren carrier Bad day at the office.