The WW2 bug has taken hold, still don't like tanks. I actually don't like elephants but except for Hannibal Brookes they weren't major players on the Western Front. Tanks are the same, I have no luck with them and handle them badly. This explains why I built a Flames of War British Para force. D-Day is therefore obviously looming and James and Dave have Brits, Germans and Americans. James has tons of brilliant terrain and Dave will no doubt go mad and build Cannes or Corentin. So I decided to build some of the Atlantik Wall, something for the Brits and Yanks to come to my rescue through.
1st up a major gun emplacement - think Point du Hoc or Guns of Navarone. In reality think the Airfix kit from when we were young. This is made from hardboard (back of a broken picture frame) and a mini Jenga set = the wooden blocks are perfect size. The gun aperture i got from Barrage Miniatures or Ainsty (can't remember which and think it's Barrage). Glue it together and apply liberal doses of filler. 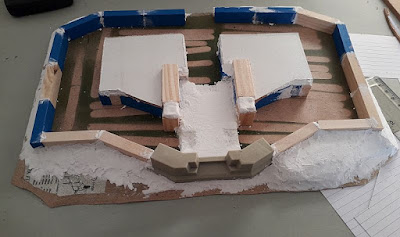 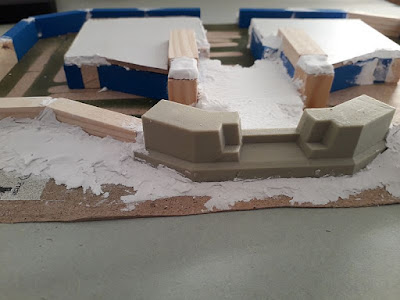 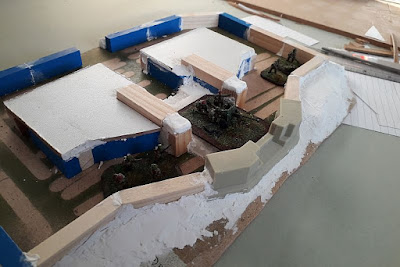 Para sections and a 6lb gun. I had to build a gun platform from polystyrene as the aperture was too high. The undercoat then partially melted the polystyrene and i had to bodge a fix. This made the too low for the roof to fit on when crewed. Another bodge needed. James has some spare gun barrels so i can install them.

Painted up, dry brushed and flocked 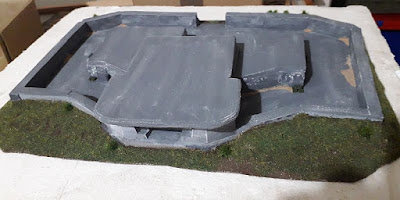 Final fix, added blown sand, oil drums and ammo boxes. May add more. Thought about duck boards but it's supposed to be concrete so not needed 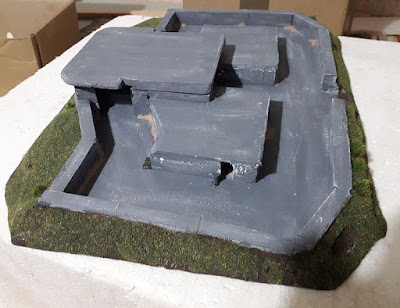 To go with it I made some beach obstacles. Didn't add mines to them yet but may later. Should be enough but need some hedgehogs and barbed wire to complete the set.

James has some spare German figs and support that I can have from him. enough to start to build an infantry regiment, still hate tanks. Will need some tank support and artillery but will give me a very nice force. I also have some commando figs which will give me another variation on raiding. Generally I've been fishing around for a new thing. I have tons of figs from many periods and need to play more but post challenge my lead pile contains stuff I don't really want to paint. WW2 appears to be it, after 40 years of not collecting it of playing it

Email ThisBlogThis!Share to TwitterShare to FacebookShare to Pinterest
Labels: ww2