American Civil War - the biggest of all battles

Today I was over at Matt's Dungeon to play an ACW battle, our first but we both have lots of figures. In total we had a division each of 5 brigades, there were almost 800 figures on the table. It was an epic and we used a scratch version of Bolt Action Matt had worked up (I know a WW2 skirmish game for grand scale ACW) which worked really well and only needs some minor tweaks to make it awesome. Enough preamble on with the show 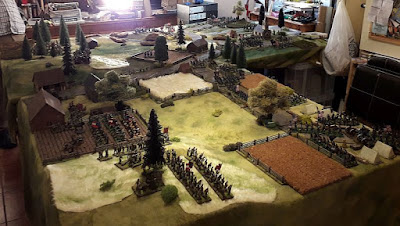 The battle, Matt's trademark massive table. My 5 brigades, 4 inf and supporting artillery and a cavalry brigade) come on at random locations on the left and Matt's at 4 fixed locations. We used dice drawing as in Bolt Action and Brigade commanders then allocated orders to each unit using up more dice in the process. The problem was that we used fewer dice than units so we had to be smart what we moved. 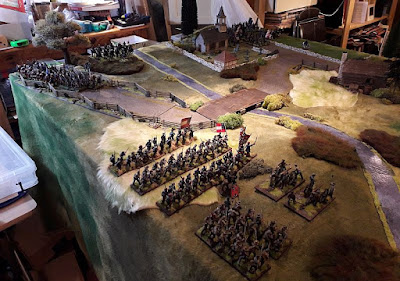 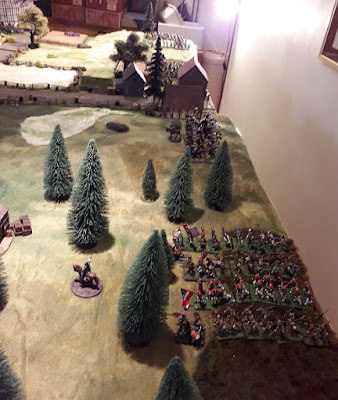 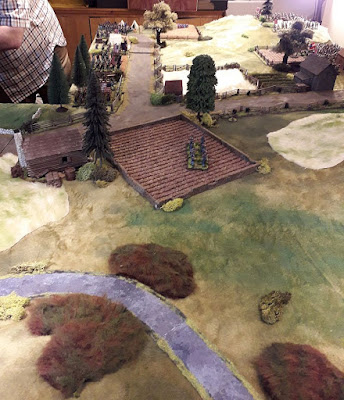 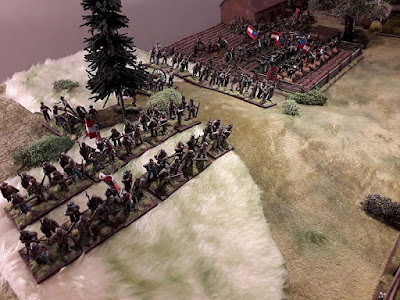 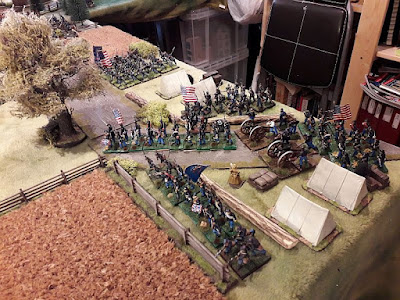 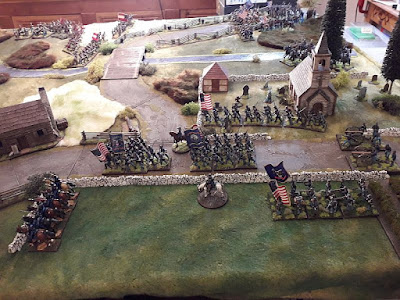 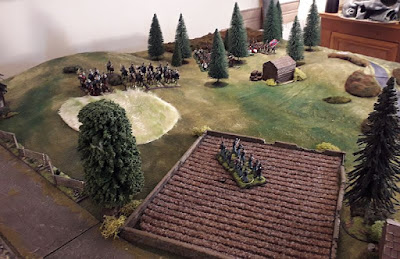 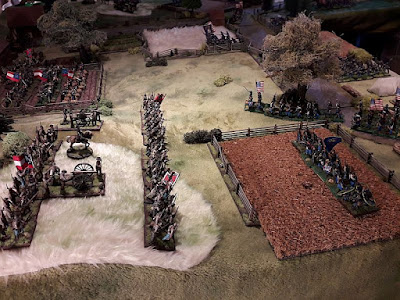 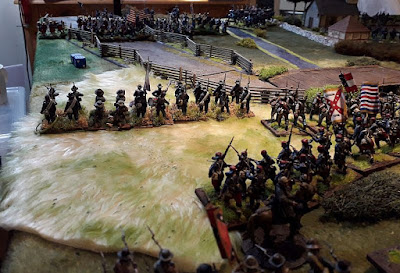 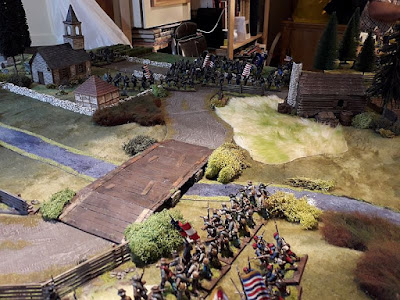 Whilst Matt keeps on advancing 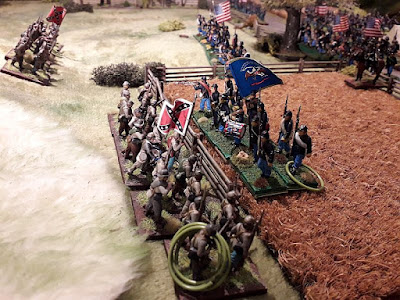 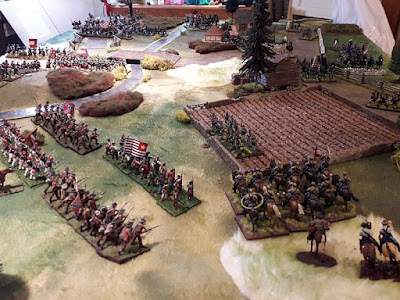 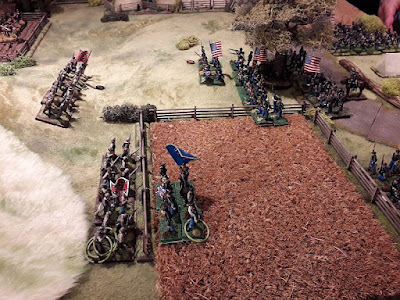 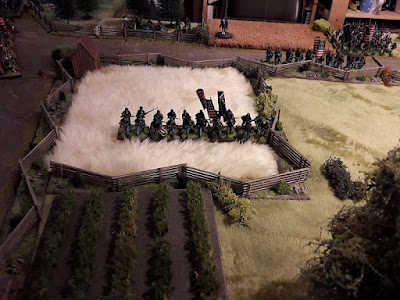 Matt advances through a wheat field, there's always a wheat field and it's like a magnet. I have a unit facing him and he gets no further 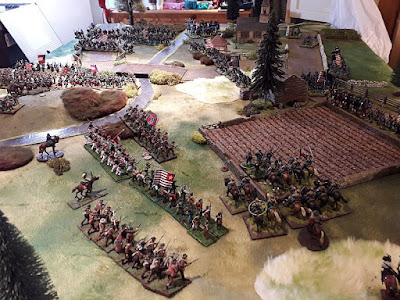 My cavalry see to the skirmishers 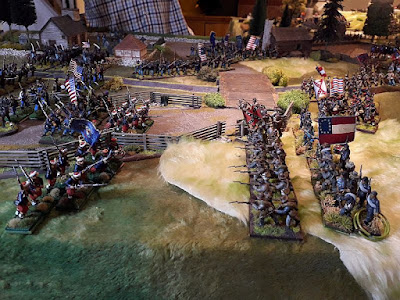 Matt's zouaves get ready to charge, all the zouaves on the field are veterans and tough to kill 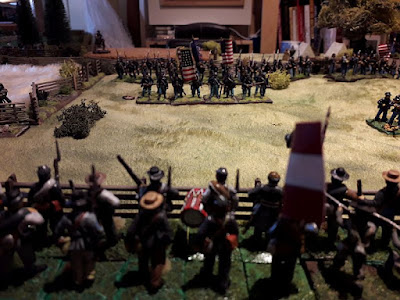 "There are more little brother" 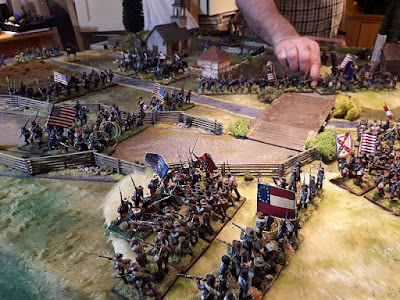 His super tough zouaves hit and I kick their arse. This is the high watermark for him on this side. I'm too strong and although we trade blows neither of us can gain an advantage 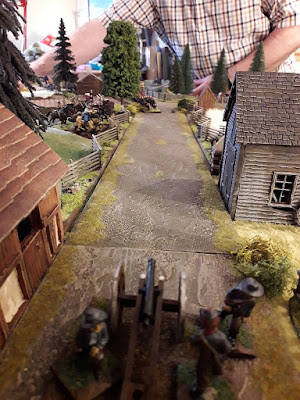 I'm guarding the road with a single cannon, it fired 7 times and caused 1 casualty, 6 misses. Sums up my cannon 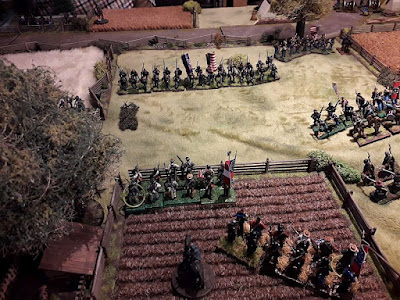 I'm thinning him down but new new units keep coming 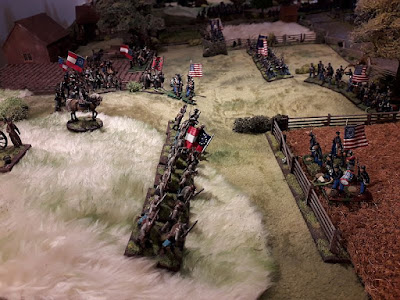 But I've inflicted too many casualties on him and the attack stalls.
End of the day and it's a draw. Matt will probably will the right but he will be too weak to help out the other troops .
This is an awesome battle that too 8 hours to play. We will play again as we both love the period