The letter was still clutched in my hand. 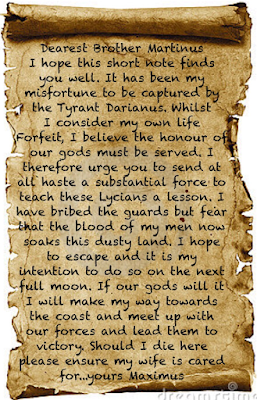 Maximus was in trouble and I needed to come to his aid. I had gathered the southern legion and set sail from Bryndisium 2 weeks ago. It was almost the full moon and I could see the Walls of Phaselis in the distance.
We beached the fleet under the shadow of the walls and quickly deployed. Darianus would be waiting, we could not sneak up on the city, there was no time, and it was not my way. I would face him square on and show him the might of Rome. 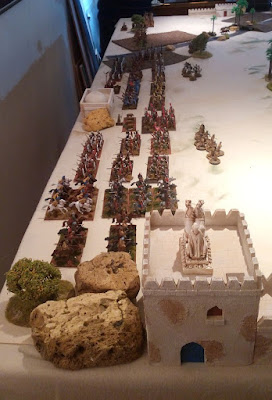 We lined up outside the city walls. My small agile infantry units in the centre, cavalry on the right and my allied infantry on the left across the stream. We had brought lunch with us in the form of 2 herds of pigs, hopefully it would be a seige. 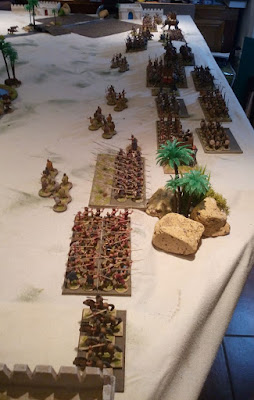 No luck, Darianus massed his spearmen to face us. He had elephants, this would not be good. We might not get to have a picnic

The walls of Phaselis were imposing

Somewhere hidden on the battlefield was Maximus. We needed to find him 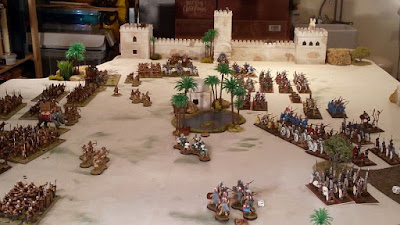 I gave the order for a massed advance. The oasis in the centre would provide a pivot for the battle. 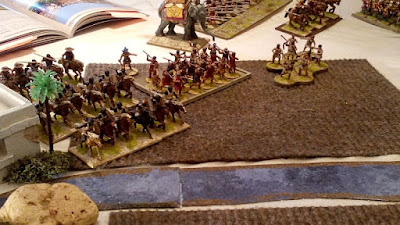 Darianus advanced to cross the stream 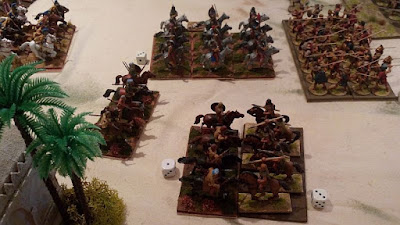 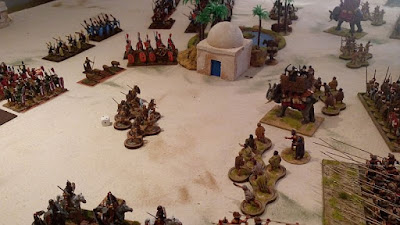 My forces prepare to face the elephants (there were 3). I'd sent a runner back to the ships and he'd returned with some tar. We coated the pigs and lined them up 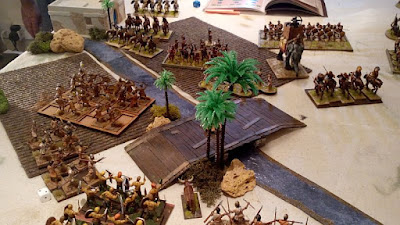 The 2 forces faced each other across the stream 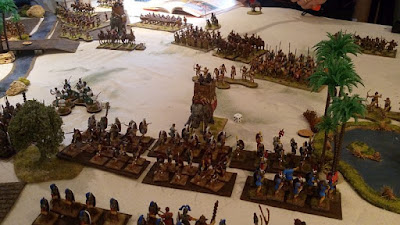 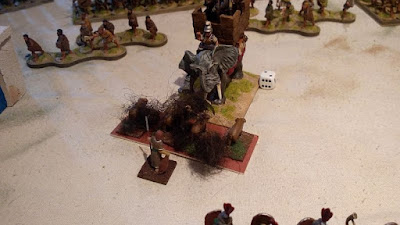 To the right of the oasis the pigs are lit up and the other elephant is charged. Hopefully causing the elephant to panic. It didn't 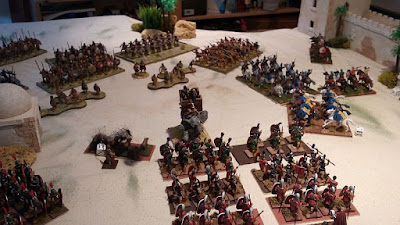 Instead it charged my infantry 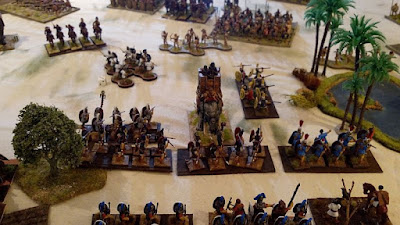 The elephant to the left has destroyed a unit and is still charging forward. 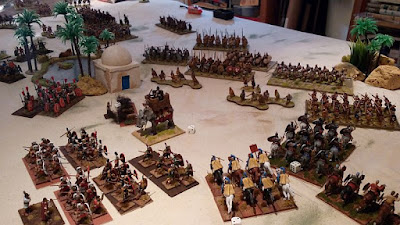 It is the same on the right. My cavalry is still charging the javelinman horde 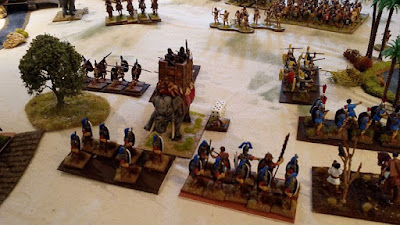 I've inflicted significant damage on one of the elephants but it has run amok into the rear line. My left has taken a massive beating 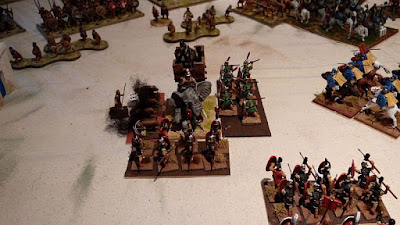 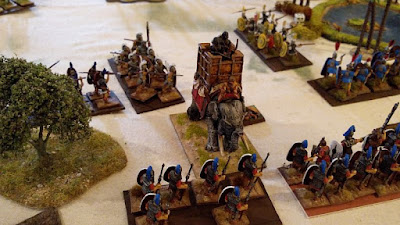 but the other elephant is wrecking my inantry 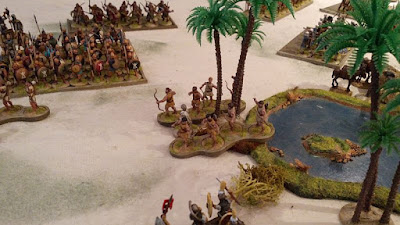 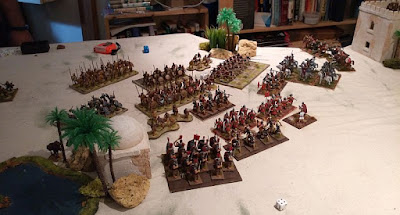 Which completely buggers up his flank. However everywhere else it is a losing picture. I must retreat and regroup. In the distance I see Maximus kneeling before Darianus.. I try to charge but Gluteus and Colonus my generals hold me back and we retire to the ships. Off the coast is the Roman trading colonus of Myltene. We will regroup there and practice our elephant tactics.

This was a great battle, play using Kings of War (which is a bit mental). I fielded mainly troops of infantry but decided to call them all spearmen and not warriors with pilum. It was a mistake. Having them all as heavy warriors with a single shot pilum worked much better the day after. They were regiments when the fought the old guard on Sunday but I still think troops is the way to go.
As always Matt was a great host, I fully recommend the homemade sweet potato soup. Off to buy more Romans. As for the pigs, well they make better lunch
This is the only way to end

Email ThisBlogThis!Share to TwitterShare to FacebookShare to Pinterest
Labels: Blood in the Sand, dungeon, Republican Rome