I have been running this curiosity for about 2 years and this is my 200th post. It's been a great laugh
Today we refought the battle of Noyers, Staffs attack on a dug in and hidden German force. The battle was organised by James and it was an absolute cracker 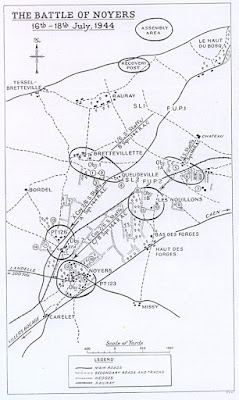 Brits attack Bretteville and then Noyers from the North. It tookthe Brits 3 days, could we do it on a single Sunday. The rules we were using were Flames of War, a first for most of us. The German were all hidden and there were many random event counters across the board that would trigger different events. 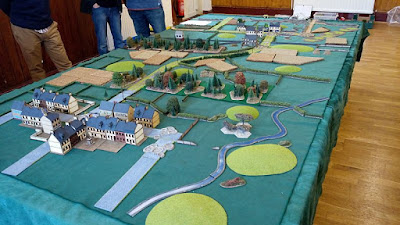 The layout, cool isn't it. 11ft long. The far end is the North and the British entry point. The objectives are the village to the top, the train station near the woods by the village and the town of Noyers. 4 of us, Me, Dave, Stig and Angus the newbie(he will fit very well with our motley crew had an infantry platoon, 3 shermans and and firefly each. Stu had a load of funnies and John was capo di tutti capi with the slow moving artillery support - very much his style. The random events will provide us with the rest of the division as reinforcements 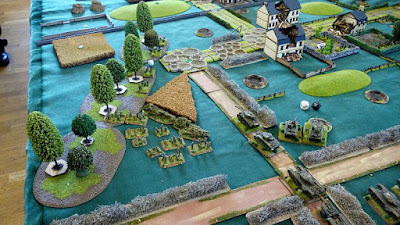 We advanced in 2 waves, John and Dave in the 2nd wave. I took the left and soon encountered an infantry platoon in the woods. The village was full of Germans. I gave them the cold steel and they legged it. Stu was in the rear practicing parking  and 3 point turns 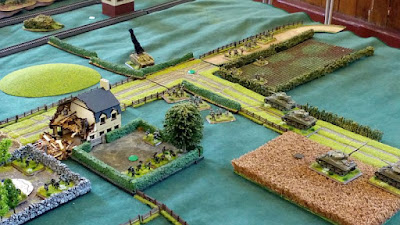 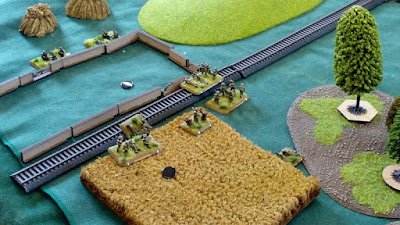 My infantry advanced through the woods and met 2 mg42s. Time to retreat and wait for support. 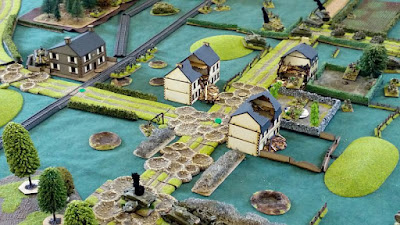 In the centre the Germans are running but a Panther appeared behind the station and took out one of my shermans. General wringing of hands ensued 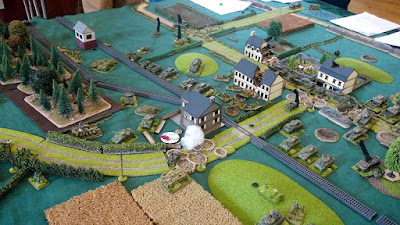 The Brits have reached the railway line and have started to surround the panther. 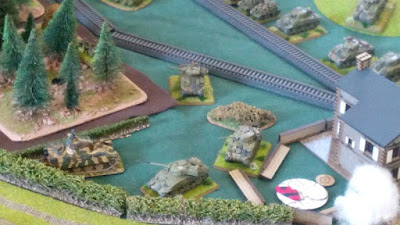 Close up action. Many shots, no kills. The Panther retreats 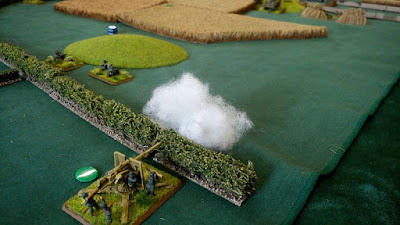 My advance has uncovered an 88. there is only one action - smoke 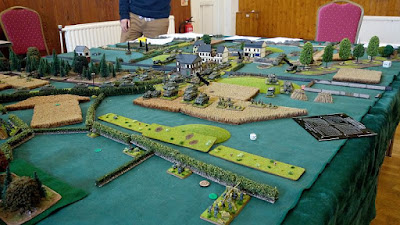 The British advance down the left and centre, revealing minefields. The panther is systematically taking out the fireflys and we can no longer hit it effectively from long range. Most of our troops are on board now and driving forward 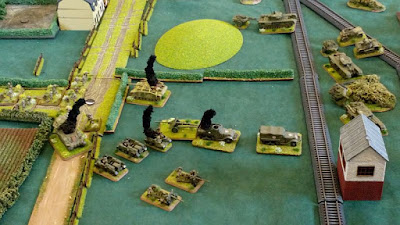 Despite mainly clearing the woods a single pak40 remains and it is creating bloodly hell with an AT unit. Stu has found the forward gear and eventually wipes it out with a crocodile - I think. 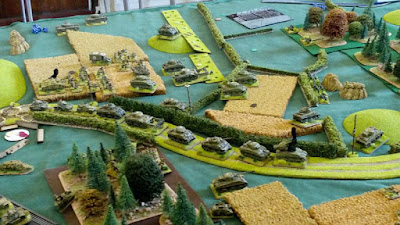 The advance continues but we are running out of time. We clear the mines but the panther is still hovering about 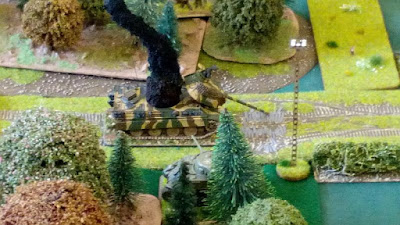 Stig charges a sherman right up to the panther and takes it out at point blank range. That was the high water mark. The germans still hold Noyers but the British have a good defensive line to hold against the German counter attack. But that is for another day, we all want to fight the 2nd day, it was so much fun